Why sports organisations should take the Clean Seas pledge 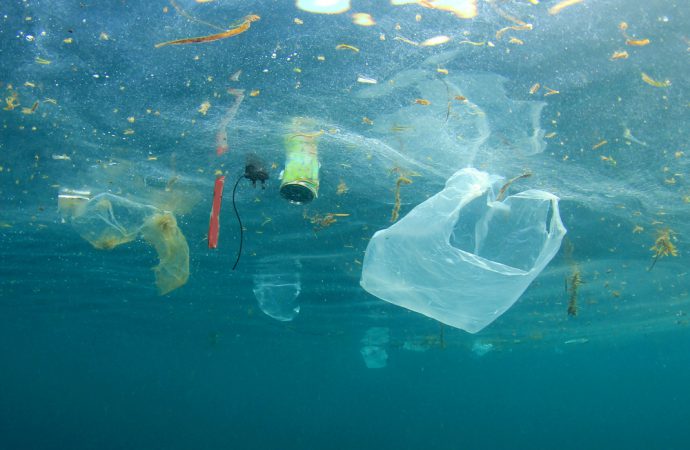 Sports bodies have much to gain by supporting campaigns with a purpose. Here’s why they should follow the IOC, World Sailing and World Rugby by getting on board with our cause

How do you get your message through to people who are becoming increasingly fatigued by information overload? It’s a question we often grapple with at the United Nations. We all have causes that we tirelessly champion, trying to engage the public to make the world a little better. But there is so much to compete with to grab people’s attention that it’s a challenge to achieve real cut-through.

In my role, as ocean director for UN Environment, it’s encouraging to witness the growing awareness around the decline in marine health, particularly from the impact of plastic pollution. It’s becoming widely accepted that our dependency on single-use plastic poses a big environmental threat, and it’s great to see governments, businesses and individuals searching for alternatives.

But we know we have to do more to deliver our message to a larger proportion of the population. That’s why developing partnerships in the world of sport is key to our Clean Seas campaign strategy. We have to broaden awareness beyond environmental groups to reach a larger audience if we are to make a real impact.

This month I was invited to Lausanne – the home of the IOC and the Olympics – to speak at the IF (International Federations) Forum. My message? Join the effort to see how we can collectively be part of a positive narrative, rethink our lifestyles and change the way we are using natural resources in a linear way.

From a UN Environment point of view, having more International Federations and sports organisations commit to the Clean Seas pledge is not only a fantastic endorsement, but exposes our mission to a broader audience. But in Lausanne, my pitch was focused on the needs of the International Federations, and how being involved in the campaign would further their own ambitions.

Sport, generally, is very dependent on sponsorship money for financial success, and sponsors increasingly want to align themselves with brands and events that have a purpose. They want a narrative, a value-based proposition, and committing to a high-profile sustainability campaign demonstrates that.

And it’s not just sponsors, but fans too. Particularly the younger generation of sports fans. While not directly linked to sports, a Nielsen study in 2015 discovered that 66% of consumers are likely to spend more on a sustainable brand – that rises to 73% of Millennial consumers. Sport is not immune from this trend.

Sponsors want to align themselves with brands and events that have a purpose. They want a narrative, a value-based proposition, and committing to a high-profile sustainability campaign demonstrates that

Secondly, many sports are intrinsically linked to the environment. Sailing, golf, cricket – all under existential threat from pollution and climate change. When we partnered with Volvo Ocean Race we saw that the sailors understood the damage plastic was doing to the ocean, and what that meant for their sport as well as the future of the planet.

But more than anything, it’s about having a strong positive impact. No one wants to have a negative impact.

Sports organisations that have signed up to the Clean Seas pledge have made commitments to reduce waste, recycle more and eradicate single-use plastics. Some are trying to mobilise their athletes to engage with fans to encourage them to live a more sustainable life, which is an exciting development.

It’s a mindset thing. It’s about setting goals and milestones that can be achieved, although this will vary from sport to sport. A small initial change can be the catalyst for greater impact down the line.

One person I met in Lausanne, who was part of an International Federation, said that they were going to reduce the amount of bottled water they purchased immediately. A good example of targeting low-hanging fruit and making concrete decisions about tomorrow.

The question is, will your organisation be the next to take action and commit to the Clean Seas pledge?