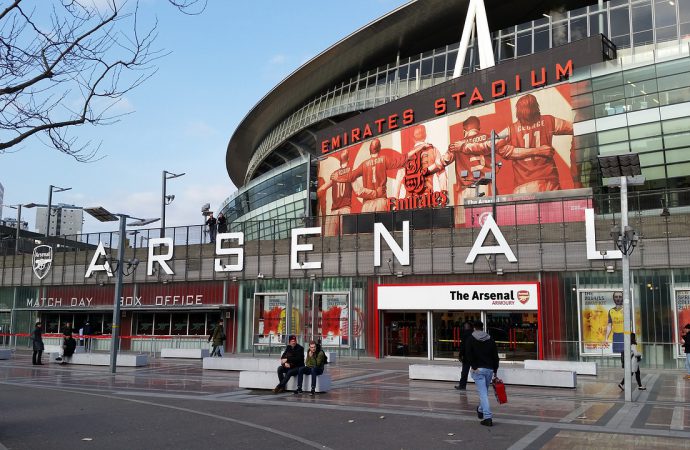 Thirteen-time league champion teams up with Pivot Power and renewable energy supplier Octopus on system that will reduce cost, energy and carbon footprint

A battery storage system that can store enough energy to power the 60,000-capacity Emirates Stadium for a 90-minute football match has been installed by Arsenal Football Club.

The London club is the first in the UK to integrate such a system into its stadium. Installed by UK-based provider Pivot Power, the 3MW battery storage system will allow Arsenal to store electricity when prices are high, cutting electricity bills.

It will also be able to sell energy back to the National Grid at peak times, generating revenue that will be shared between the club, Pivot Power, Octopus Energy, Arsenal’s green energy supplier, and Downing LLP, an investment company that helped fund the project.

According to UK minister for energy clean growth, Claire Perry, the battery storage system will help the UK transition to the the low-carbon economy by accommodating more renewable energy generation.

The system was provided by Octopus, the green energy company that has been supplying power to Arsenal’s Emirates Stadium, London Colney training ground and Hale End youth development centre since 2016.

A further 1MW of storage is expected to be added in summer 2019, and Michael Lloyd, Arsenal’s deputy stadium manager, told The Sustainability Report that the battery storage system was the natural next step for the club after converting to 100% renewable electricity – the first Premier League Club to do so – and refitting back-of-house lights and floodlights with energy efficient LED bulbs.

“We want to be responsible and we want to do it with a business case,” Lloyd said about the Octopus tie-up. “It was the right thing to do for minimal additional cost. We use a lot of electricity, but at least it’s coming from the right sources. We want to use a lot less, but at least we’ve made the right step.”