PGA tournament the ‘largest zero waste event in the world’ 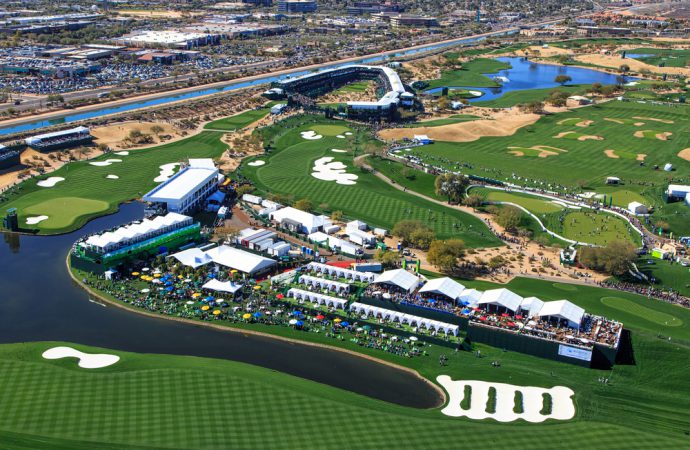 One of the most important tournaments in the PGA’s calendar has maintained its status as the largest verified zero waste event in the world.

The 2018 Waste Management Phoenix Open achieved 100% landfill diversion through recycling, composting, donation, reuse and waste-to-energy. For the sixth year in a row, the competition has secured third party verification for its waste diversion operations from safety, compliance and sustainability auditor UL.

Approximately 66% of the tournament’s signage was reused from previous tournaments, while 87% of the 2018 signage is being stored for future use. Food and beverage vendors donated 24,620 pounds of unused food to local organisations.

It also became the first PGA Tour tournament to be awarded Golf Environment Organization (GEO) Foundation certification and the Council for Responsible Sport’s Evergreen award – it’s highest standard. And as the PGA Tour tournament that attracts the most spectators – around 500,000 – it is the largest-ever event to obtain that level of recognition.

Aside for the tournament’s robust waste management programme, organisers tried to reduce its water consumption and carbon emissions as much as possible. For the former, the Waste Management Phoenix Open worked with the Bonneville Environmental Foundation and water conservation organisation Change the Course to restore 75 million gallons of water to the Verde River.

Around 6,353 gallons of grey water was captured for reuse from kitchens across the course, as well as hospitality bars on the 16th hole.

To reduce greenhouse gases, the event purchased 100% renewable energy from Arizona Public Service and harnessed solar to power light fixtures around the course. Generators and shuttle buses were fueled by biodiesel.

And the carbon emissions that couldn’t be reduced were offset by investing in a clean cookstove project put together by Envirofit International.

Michele Grossman, managing principal of sustainability services for Waste Management, the tournament’s title sponsor, said that “zero” wasn’t just to be associated with waste, adding: “We aim to lower natural resources use and greenhouse gas emissions.”

“It can claim a position as a credible and important leader in advancing sustainability in and through golf – helping foster nature, conserve resources and strengthen communities; while also supporting and showcasing sustainability in front of a large international audience.”

Organisers have compiled a report demonstrating the results generated by the sustainability strategy. The tournament also raised $12.2m for charitable causes, as well as $100,000 for environmental organisations.