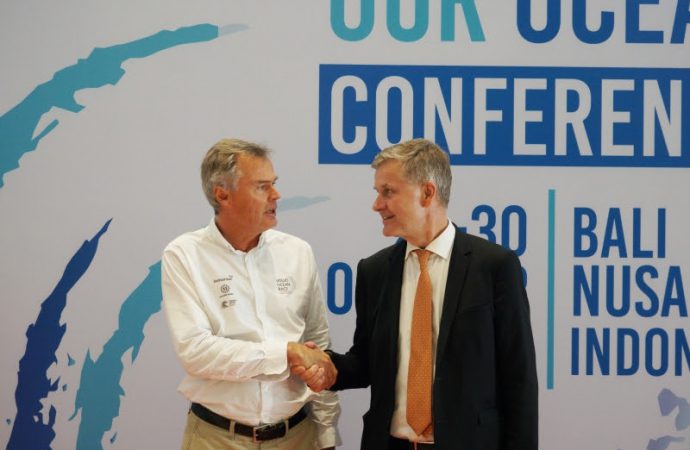 A standardised system for analysing ocean health is being developed thanks to Volvo Ocean Race and its extensive work investigating the damage being done to the sea by microplastics.

During the 2017/18 Volvo Ocean Race season, a scientific consortium working with the sailing competition found microplastics in 66 out of 68 samples collected in oceans throughout the world, with a staggering 349 particles per cubic metre discovered in a sample collected in the South China Sea.

Those samples will now contribute to the development of an “internationally standardised system” for sampling and analysing seawater, and will also be used to generate data on the link between plastics and human health.

Working with sustainability partner 11th Hour Racing, Volvo Ocean Race has become synonymous with marine health and sustainable practice. In September, it won two awards for its innovative sustainability work – the Beyond Sport award for Best Corporate Campaign or Initiative in Sport for Good and the Environmental Protection Agency’s Environmental Merit Award.

That sustainability programme is being extended ahead of the next Volvo Ocean Race, occurring in 2020/21.

During Volvo Ocean Race’s Our Ocean Conference in Bali, co-president Johan Salén revealed a supercharged sustainability programme that will include 10 Ocean Summits and Innovation Workshops that will be guided by the United Nations’ Sustainable Development Goals.

The events will build on seven Ocean Summits that were hosted at various stop-offs during the 2017/18 Volvo Ocean Race season, which showcased the catastrophic effect single-use plastic was having on the ocean.

“By providing leadership and engaging our sailing teams, stakeholders, suppliers and host cities, our clear objective is to deliver a race with sustainability at its core,” said Salén at the conference. “We will advocate for global solutions to the issues connected to marine plastic pollution, supported by institutions, governments, corporate partners and philanthropists.”

Anne-Cecile Turner, Volvo Ocean Race’s sustainability programme leader, added: “By using the power of the sport of sailing we aim to showcase best practice and share our vision with politicians, businesses and the scientific community that ultimately accelerates positive change.