Can sport help the public understand the effects of climate change? 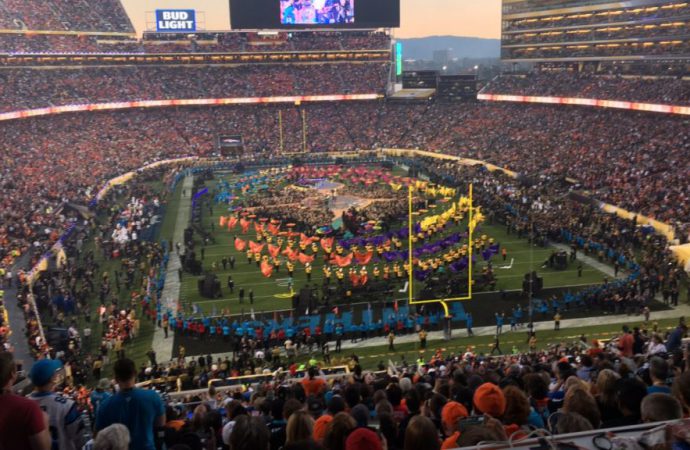 It has been argued that grave consequences of climate change are rarely presented to the public in a simple, emotive way. Can sport and its athletes help streamline the message?

Sports teams and athletes can play a significant role in communicating the catastrophic effects of climate change to the public in simple terms, while cutting through the “partisan” nature of the debate in the US.

According to David Fenton, the communications expert specialising in environmental and human rights campaigns, personalities from the world of sport and entertainment should use their profiles and connection to the public to communicate the perils of global warming using “simple, visual, emotional language”.

Scientists, he said, “love complexity” and “hate repetition” when presenting climate information to the public, but only the “repetition of simple messages” changes the brain and public opinion. Fenton added that sports teams could use their social media channels, as well as appropriate junctures during a game, to deliver these simple messages.

“I’m not privy to the data of what fans will accept, but when I go to games during half-time there’s ‘support this charity, help these kids, donate to this medical cause.’ The model, it seems to me, could work,” he explained during the Sport and Climate Change Summit in New York.

“We have it in New York. A bunch of people trying to recover from Hurricane Sandy moved here from Puerto Rico because it was wiped out. Now it’s happening in North Carolina. So I think if charitable causes helping those victims were presented, and we inserted ‘we are making the Earth hotter and the storms stronger, and we need to think about that’, I’m sure there are ways to do this.”

Fenton suggested that the universal nature of sport could help in depoliticising global warming, but admitted that the partisanship of the subject – despite there being scientific consensus on climate change – was still a central issue.

Throughout the summit, panellists and delegates commented that this partisanship was preventing athletes from engaging on the subject – much less consistently talking to their fanbase about it – particularly in the US where the current ruling administration has rowed back from climate action after pulling out of the Paris Agreement.

“We have to move beyond the political,” said NHL hall of famer and Brightcore Energy president, Mike Richter. “When China had the Olympics there were discussions about needing to stop cars driving so that athletes could run the marathon. That’s bringing it home. You can use athletes as spokespeople, but you have to bring it back to human health and performance.

“There’s not an athlete out there who will try to win an Olympic gold medal if they’re not fully healthy and performing to the max, so I think there’s a beautiful connection just outside the platform we have.”

Fenton argued that health was among the most important talking points when presenting climate change to the public. He said that very few people understood the terms “carbon footprint” and “greenhouse gases”, but would relate if the link between global warming and health, family, security, food and their jobs was made clearer.

When delegates were polled on their opinion about why athletes are reluctant to talk about climate change, the overwhelming majority felt that they feared public criticism. Several also believed they had a lack of support from sponsors and event organisers.

Robin Raj, who helped devise the sustainability campaign for Super Bowl 50 as founder of the Citizen Group (see main picture), suggested that climate change campaigners should attempt to engage agents and frame environmental responsibility as a key element of the athlete’s personal brand.

“LeBron (James) stepped up, riding his bike to practice,” said Raj. “If he was asked by a sponsor to promote shared mobility, he may very well get onside with that.”

But Winston Binch, board member of climate action organisation Protect Our Winters, said that more programmes and structures had to be developed for professional athletes to make their voices heard on the issue.

Protect Our Winters has enlisted the help of more than 100 outdoor professional athletes, and Binch said: “We had around 20 athletes at our leadership summit and it was amazing. We taught them how to communicate the message and found out that more wanted to sign up.”

Raj agreed that athletes needed training to help them speak competently about climate change and its effects.

“One of my dreams,” Fenton added, “is the whole NGO community speaking about climate change in the same way – we’d make a lot of progress. If sportspeople and celebrities did the same as that it would make a big difference.”