Patrick Gasser, UEFA: “I’ve been asked what climate has to do with football and I say ‘everything’” 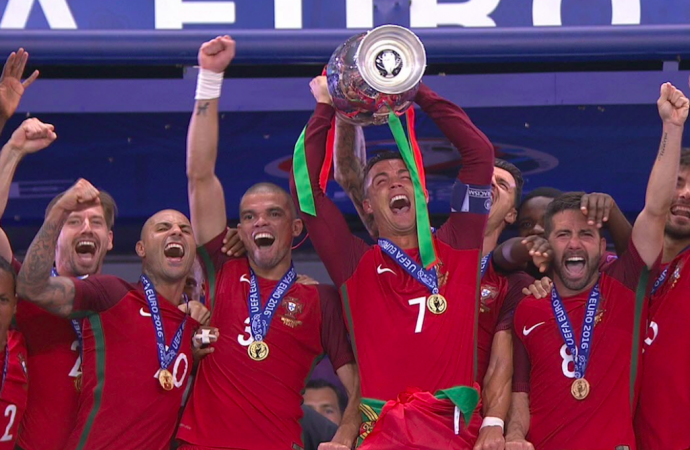 After encouraging fans to offset their own carbon footprint at Euro 2016, UEFA will pick up the whole tab for the 2020 tournament. The governing body’s head of social responsibility talks to The Sustainability Report

Whenever a country of a city bids to host a major sporting event, the decision is usually justified by citing the economic prosperity, profile boost and opportunity to create social change that such an event will bring. But the fact remains that there will almost certainly be a negative impact on the environment.

The building of new stadiums and surrounding infrastructure (not to mention the maintenance and operation thereafter) is responsible for the lion’s share of carbon emissions generated by a sporting event or tournament. However, more often than not, the carbon footprint left by spectators often accounts for a significant proportion of negative impacts.

UEFA has recognised this. After attempting to engage fans by asking them to offset their own emissions during the 2016 European Championships in France, the European football governing body has pledged to pick up the whole tab during the next edition in 2020 and offset the emissions of all fans travelling throughout the tournament.

It’s a commitment that is expected to cost UEFA up to €450,000. During Euro 2016, spectators, fans and guests accounted for 19% (539,000 tonnes) of the 2.8 million tonnes of carbon generated by the tournament. To celebrate the 60th anniversary of the competition, the next edition will be played in 12 host cities across Europe – London, Munich, Rome, Baku, Saint Petersburg, Bucharest, Amsterdam, Dublin, Bilbao, Budapest, Glasgow and Copenhagen – meaning that spectators will potentially travel more, therefore increasing the carbon impact of the tournament.

The nature of the 2020 European Championships also adds a layer of complexity to UEFA’s other flagship sustainability initiative – the combi transport ticket – which will allow supporters to use their match tickets as public transport passes on the day of the match, reducing the likelihood of taxi or car use.

“These are the two areas we put the focus because this is where there is the highest impact,” Patrick Gasser, UEFA’s head of football and social responsibility, tells The Sustainability Report. “If you take care of travel then you take care of a big chunk of the emissions. That doesn’t mean that we will abandon waste management, and we will continue to look at things like solar energy and water. But all other things are of comparably lower impact and much more complicated to achieve.”

Creating positive impact has been Gasser’s job for more than 30 years. Before joining UEFA to oversee its Eastern European Assistance Programme in 1999, he spent much of his career with the International Committee of the Red Cross, protecting victims of conflict in East Africa, Afghanistan, Syria and the Balkans.

Now he wants to use European football’s influence to help the United Nations achieve its 17 Sustainable Development Goals.

“I’ve been asked what climate has to do with football and I say ‘everything.’”

Spectators, players and staff taking part in the qualifying rounds of the UEFA Champions League and Europa League during July and August will be able to reinforce Gasser’s last point. With Europe melting during one of its hottest-ever summers, clubs had to compete for places in two of the most financially lucrative and prestigious football competitions in the world. According to climate scientists across the continent, the heatwave was undoubtedly linked to global warming, meaning that summer fixtures could be played in sweltering 30°C-plus heat with increasingly regularity.

UEFA’s contribution to fighting climate change has been a strategy of reduction and offsetting, illustrated well by its operations before, during and after Euro 2016 (a tournament that was awarded the ISO 20121 standard for sustainable event management). To reduce carbon emissions, the body worked with French transport companies to create an additional 150,000 public transport seats. The majority (71%) of items sourced for the tournament were produced in Europe – cutting transportation emissions – while energy-saving devices were integrated within the venues.

Venue construction for the 2016 tournament was responsible for 26% of the 2.25 million tonnes of carbon emissions related to stadiums. This should be significantly lower for the 2020 as the proportion of new builds (15%) is substantially lower than France 2016 (40%).

Following the tournament, UEFA and its national member associations offset 35,000 tonnes of CO2 equivalent, while trying to get fans involved by creating a carbon offsetting app. Gasser admits, however, that despite the app winning an award for its design, it proved difficult getting fans to compensate from their own pockets – hence UEFA’s decision absorb the compensation cost for all fans.

But supporters will still be able to engage in the 2020 carbon offsetting initiative by choosing which sustainable compensation projects they would like to see supported from a batch selected by Australian carbon farming project developer, Climate Friendly, which was acquired by the South Pole Group last year.

UEFA has been working with Climate Friendly for more than eight years, offsetting 189,637 tonnes of carbon emissions over that period. During 2016/17, 24,037 tonnes of greenhouse gas emissions were offset with money directed towards a hydropower project in Turkey that replaces fossil fuel-based electricity with 60,000MWh of clean energy per year.

Partnerships like this, says Gasser, are fundamental to UEFA’s sustainability and corporate social responsibility goals. The organisation works with a number of “best-in-class” NGOs to advise on certain strategy points. CAFE (the Centre for Access to Football in Europe), for example, offers UEFA its expertise on stadium access for disabled people. Healthy Stadia does the same regarding tobacco elimination and healthy food guidance. Issues related to diversity and inclusion are discussed with FARE.

In terms of environmental sustainability, UEFA has been working in partnership with the WWF on a global renewable energy campaign. Earlier this year, the pair published a report – Playing for our Planet: How Sports Win from Being Sustainable – alongside the Green Sports Alliance, which urges sports organisations to measure the social, economic and environmental parameters of sustainability.

Through all its own good work, getting member clubs, nations and supporters to change behaviour and address sustainability more overtly is a major challenge. Later this month, UEFA will decide whether Turkey or Germany will host the 2024 European Championships. It will be the first time that alongside sustainability requirements human rights guarantees are in the bidding criteria.

“The first clear, decisive step is that since the 2016 bid we’ve had sustainability requirements in the bidding process,” he explains. “The bidder makes a proposal and a commitment, which is a huge step forward because we have leverage now.”

That leverage, crucially, is filtering its way down to European club football. As well as the big international European Championships competition, UEFA oversees the popular Champions League and second-tier Europa League tournament. Europe’s 32 leading clubs have a combined value of €32.5bn – a growing figure due to the rise in value of broadcasting contracts. UEFA hopes that bidding criteria for club football finals will influence all clubs – particularly those with money and influence – when it comes to sustainability, accessibility, fan behaviour and non-tobacco policies.

“What we are trying to do is confront each of the clubs and venues that want to host club competition finals with a set of criteria. And by doing that, we hope we leave a legacy behind,” Gasser explains. “Year by year, there are more cities and countries bidding for the Champions League final, the Europa League final, the Women’s Champions League, the Super Cup, the European Championships. So, as you can imagine, there are many more clubs who are confronted with these issues.”