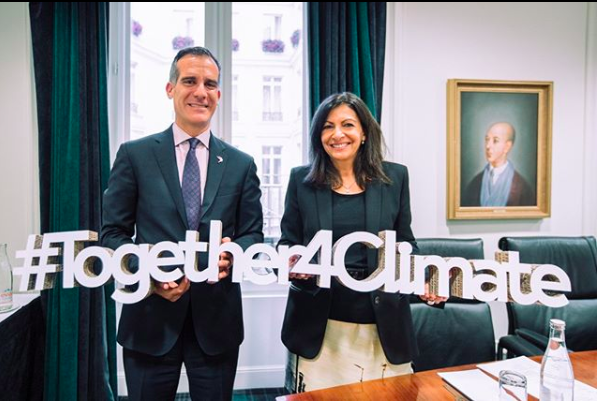 Implementing new forms of mobility and reducing construction-related carbon emissions in Olympic host cities are among the top priorities for C40 after it cemented its partnership with the IOC.

Talking to The Sustainability Report shortly after the partnership was announced, Kevin Austin, C40’s deputy executive director, said that while details of the partnership had yet to be formalised, he would be “surprised” if the IOC didn’t use the organisation’s extensive expertise in carbon offsetting and sustainable mobility to shape future projects.

Austin, who oversaw various projects for the Greater London Authority before and during the London 2012 Games, said he envisaged working on initiatives around the sustainable retrofitting of existing facilities (neither Paris in 2024 and Los Angeles in 2028 are building a significant number of new venues), and encouraging walking, cycling and public transport during the Games, in a way that encourages momentum and stimulates behaviour change locally long after the closing ceremony.

He explained that the partnership made sense because of a “commonality of vision” shared between Olympic host cities and C40 cities – the 96 megacities that make up its network.

“How can you use host cities and LOCOGs (local organising committees) to promote low carbon solutions though Olympics?” he asked. “How can we deal with heat and floods? Drive urban action, reduce greenhouse gases and improve resilience?

“The Games give cities opportunities to find the best innovations in the world and translate that knowledge and replicate it around the world.”

Anne Hidalgo, the mayor of Paris and the chair of C40, was the catalyst behind the partnership, said Austin. Hidalgo was instrumental in bringing the 2024 Games to France’s capital city, and instigated discussions about how the Olympic Games could be more sustainable.

In fact, a number of C40 chairs and board members over the years have been associated with the Olympic Games. The first chair, Ken Livingstone, was mayor of London when the city won the opportunity to host the event in 2012.

Eduardo Paes, the mayor of Rio de Janeiro, was chair before and during the Rio Olympics, while Eric Garcetti, the mayor of Los Angeles (host in 2028), is vice-chair.