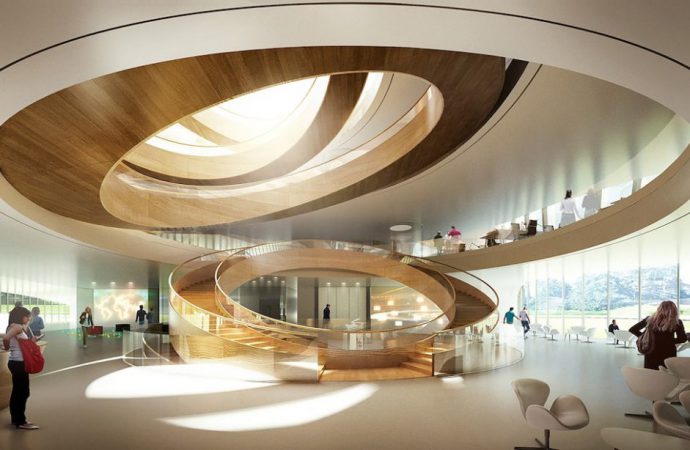 An airtight all-glass facade that can withstand extreme cold (-50°c), and heat (150°c) is being developed for the new International Olympic Committee (IOC) headquarters.

The silicone sealant material that will hold the glass panels and metal frames together will create extensive energy saving for Olympic House, which the IOC hopes contributes to its goal of winning LEED Platinum certification for the building.

Weatherproofing sealant and insulating glass sealant will also be used on the facade to reduce the cost of uncontrolled air leakages.

All three sealants have been developed by Dow Solutions. The chemical company has partnered with the IOC to help make the facility as sustainable as possible.

Inside the building, the paint used to coat the walls has been formulated with Dow’s low-VOC (volatile organic compound), waterborne, styrene-acrylic binder, designed to turn potential air pollutants from the paint’s chemicals into a harmless vapour. The binder helps to keep the air pure for those working inside, guarding against possible respiratory allergies.

In addition, the company is developing a waterproof membrane to protect the building’s rooftop car park. The coating does not release harmful emissions through fumes, open flames or solvents, and helps to protect against “invasive root species”.

Louis A. Vega, Dow’s vice-president of Olympic & Sports Solutions, said the Olympic House would have a “lasting impact on generations to come” and will create “an inspiring atmosphere for all who work in and visit the building”.

This latest partnership between the two organisations strengthens a relationship that has sustainability as its main focus. Dow Solutions is the Official Carbon Partner for the Olympic Movement, and developed carbon mitigation programmes for the Winter Olympics 2014 in Sochi and the 2016 Summer Games in Rio.

Construction on Olympic House is expected to be completed in June 2019.

According to the IOC, the building is “inspired by the movement of athletes”, and is being constructed “with a very high level of energy efficiency, long-term savings and sustainability in mind”.