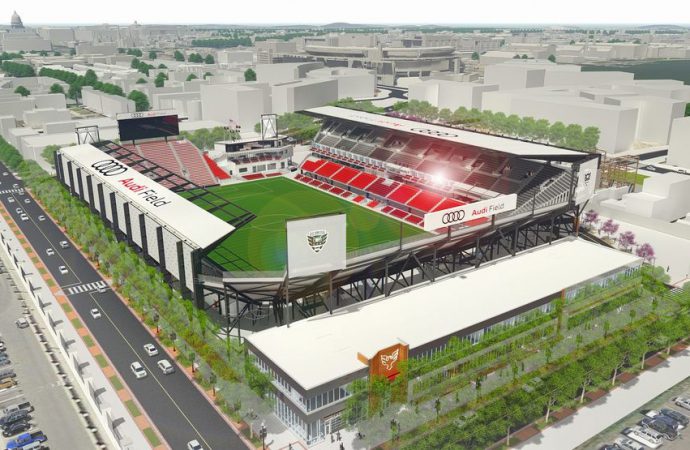 The arrival of Wayne Rooney may grab the headlines, but MLS franchise DC United has moved to boost its sustainability credentials by partnering with a LEED-accredited recycling company ahead of its move to Audi Field Stadium.

The company will also create in-stadium signage, branding on all waste receptacles and an educational pre-game video to engage with fans and encourage their participation in recycling during events.

Despite having an extensive sports portfolio, which includes Nationals Park, Citi Field and Barclays Center, the partnership marks the first time that Recycle Track Systems has joined a project during the final stages of construction.

Tom Hunt, DC United’s president, said that the team was “committed” to being environmentally responsible and protecting the area around Audi Field.

“The District of Columbia is focused on environmental sustainability and as a team that represents the nation’s capital, we want to reflect that same commitment while also providing fans with a world-class venue,” he added.