How important is sustainability to the World Cup bidding process? 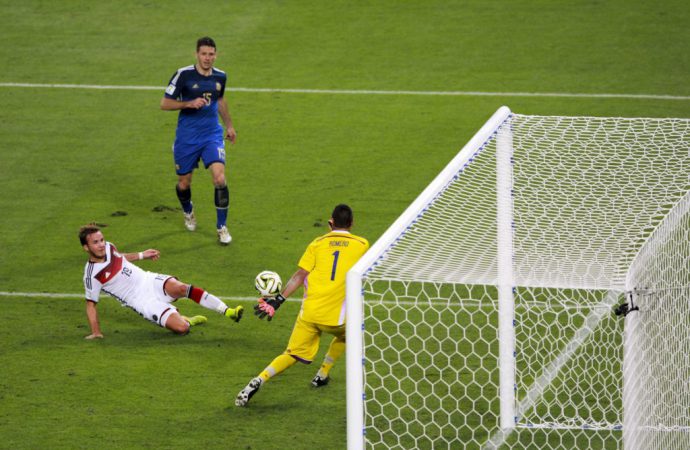 FIFA has made sustainability one of the priorities for World Cup hosts – but will the federations voting for the 2026 host take it into account?

When FIFA reveals the winning bid for the 2026 World Cup in just over a week, transparency will be absolutely fundamental. It might be almost eight years since Russia and Qatar were awarded the 2018 and 2022 finals respectively, but for many the process that led to that outcome is still shrouded in mystery. And the scandal that engulfed FIFA a few years later only helped to arouse further suspicion.

Under the guidance of new president, Gianni Infantino, and general secretary Fatma Samoura, a new chapter is being written for the world football governing body. To demonstrate transparency, FIFA sent task forces to both bidding regions – Morocco and North America – to evaluate their proposals based on three main components – compliance assessment, risk assessment and a technical evaluation report.

To reinforce this notion of being transparent, the process by which the host will be chosen has also changed. Member nations will now vote (the vote will be published) instead of FIFA being the unopposed kingmaker.

But for those of us who are enthused by the increasing noises FIFA is making with regards to sustainability, it still remains unclear if sustainable practice and legacy will have any bearing on the final vote.

If nations are being asked to choose a host based on the task force evaluation, a lack of focus on sustainability places question marks around whether it will be considered at all.

Only a small proportion (7.5%) of the stadium criteria takes sustainability into consideration (although it’s also wrapped in with accessibility) (see below).

However, environmental issues were taken into account for the risk assessment section of the report. Both Morocco and United Bid 2026 (the joint bid between the US, Canada and Mexico) were deemed as low risk for creating negative environmental impacts. Indeed, the former has pledged to host a World Cup with less impact on the environment than the 2014 World Cup (despite hosting 48 teams compared with 32 in 2014), while United Bid 2026 has also promised to set new standards on environmental sustainability.

READ THE SUSTAINABILITY COMMITMENTS OF BOTH BIDS HERE

For Morocco, though, a significant part of its sustainability strategy may prove to be the undoing of its bid. Instead of pledging to build a portfolio of new permanent stadiums, the bid committee submitted a plan which included legacy modular venues, which can be partially deconstructed following the football, with materials being recycled and used for other projects.

This plan has been described as “inherently risky” by FIFA, which sought clarification on how the structures will be managed post tournament. Despite commenting that the time periods estimated to construct the temporary venues “appear to be realistic”, FIFA said it was concerned that the cost of transporting and reassembling the materials following deconstruction had not been accounted before the evaluation report had been published.

As a result, Morocco’s stadium plan has been labelled a potentially disastrous “high risk”, particularly when considering that the stadiums put forward by the rival bid have largely already been built.

Whether sustainability plays a part in the final decision will remain debatable until FIFA presents its rationale after the choice is made, although such a process has not been promised. And while the organisation’s stance on sustainability has become more pronounced in the aftermath of its crisis, the proof will be in the pudding of the new regime’s first sustainability report reviewing Russia 2018.

It will be interesting to see how the 150 sustainability initiatives – revealed by Federico Addiechi, FIFA’s head of sustainability and diversity – will perform, and how FIFA will report on them following the tournament.