India’s environmental challenges to be addressed by cricket initiatives 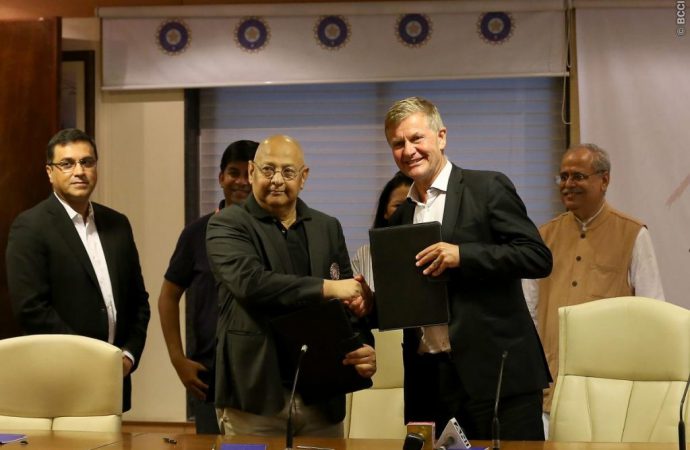 Governing body BCCI to phase out plastic, while players urge fans to consider their impact

Captains of Indian Premier League (IPL) cricket franchises will urge fans to reduce their use of plastic through a short promotional film to be shown at venues around the country.

Spectators will be shown the hazards of plastic pollution during the film, which is being produced by the Board of Control for Cricket in India (BCCI), the national governing body.

Single use-plastics will also be phased out across stadiums in the country after the body signed a letter of intent with UN Environment, pledging to “green” the BCCI’s operations and engage cricketers and fans in green initiatives.

The effects of the latter were demonstrated to the world during a Test match between India and neighbours Sri Lanka last year in New Delhi, when players began vomiting on the pitch during the game as a consequence of the toxic air. Several had to use face masks and oxygen cylinders.

During the partnership with the UN, the BCCI will try to find more sustainable solutions to mitigate the huge environmental challenges facing the nation.

The Holkar Stadium, which hosts IPL matches, is undertaking a plastic audit and will implement a waste management strategy.

Karnataka State Cricket Association, which is responsible for the M. Chinnaswamy Stadium, has replaced plastic cups and bottles with environmentally-friendly alternatives.

Amitabh Choudhary, acting secretary of the BCCI, said the UN agreement was a “major step” towards spreading the message of environmental conservation to the 1.5 million people who attend IPL matches every year, and the millions watching at home.

“If we don’t have a health environment, then sports will not thrive,” added UN Environment executive director, Erik Solheim.