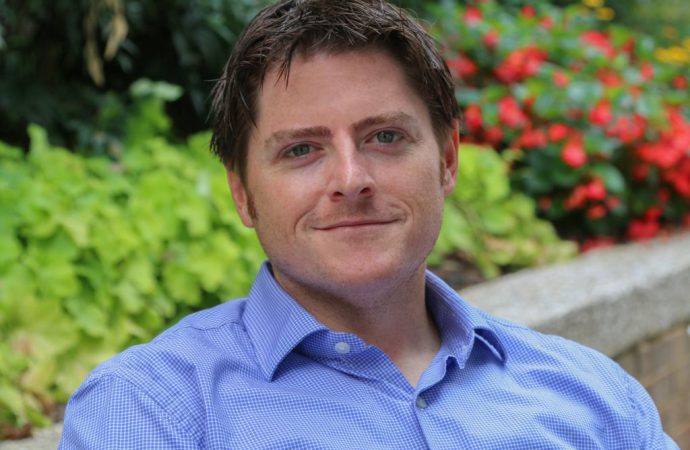 Is there a return on investment for LEED certification? If so, what is it? Matthew Campelli speaks to the USGBC senior vice president to find out

When NFL franchise Atlanta Falcons built the first-ever LEED Platinum sports stadium in the US, owner Arthur Blank said the decision was the right thing to do for the city and the environment. Additionally, he wanted to demonstrate that building responsibly was “possible for a venue of any type, size and scale”.

It is true to say that Blank is an exceptional case. In 2004, he built the first LEED Gold office building in the state of Georgia for his philanthropic Arthur Blank Foundation. He has a demonstrable and consistent personal commitment to sustainable and responsible building.

But Blank’s team is not the only one to play in LEED certified sports arena. Far from it. In fact, the majority of new professional venues are seeking LEED certification – the mark of achievement in green building, overseen by the U.S. Green Building Council (USGBC).

A year before the Falcons’ Mercedes-Benz Stadium opened in 2017, the AECOM-designed Golden 1 Center for NBA franchise Sacramento Kings became the first LEED Platinum indoor sports arena. A raft of others are Silver or Gold.

The catalyst for the explosion in sustainable sports buildings? Brendan Owens, USGBC senior vice president, references one event in particular.

“If you had to point towards one catalytic event, the 2010 Vancouver Winter Olympics could be that,” he tells The Sustainability Report. “Certainly, there were sports facilities that were certified prior to that. But the fact that Vancouver built the idea that it would be seeking certification for the buildings it would use as the result of a successful bid globally got the ball rolling.”

Corporate real estate is USGBC’s major area of business when it comes to LEED certification. Sports facilities have entirely different characteristics. Generally speaking, they are larger. They hold a vast amount of people for a short amount of time. They are also used scarcely compared with office building and schools.

As a result, sports facility energy use patterns are different. They are also built differently. Some are indoor, some are outdoor. A number have retractable roofs. Despite these challenges, to gain LEED certification the sustainability of sports facilities are still judged by USGBC’s six set criteria:

“Under these six general headings we have credits and strategies that help teams towards certification,” Owens explains. “The more stuff you do, the higher the certification level.

“So, aggressively targeting energy use, how to stop people coming to the venue in single occupant vehicles, optimising water and reusing rainwater – those strategies will help you get a higher score.”

Project teams can opt for Silver, Gold or Platinum certification. Unsurprisingly, Owens “encourages” every professional team to benchmark in the Platinum area. Although he believes his encouragement may not be necessary.

“Because of the hyper-competitive nature of sport, the benchmark has now been set at Platinum,” he says. “And when you look at the incremental cost of going from Silver to Gold or Gold to Platinum, it doesn’t tend to be a huge factor, particularly for big budget professional facilities.”

In an interview with The Sustainability Report, AECOM’s Alastair Macgregor (the architect behind the Golden 1 Center) said that trying to achieve Platinum right from the very beginning of the project made it easier to achieve – and more cost effective.

However, organisations can apply for certification following construction as well.

“We understand that not every project can earn all the points in the ratings,” says Owens, “and we want to celebrate the things project teams are doing, not drag them down.

“That is a critical component: we are trying to recognise the places where project teams have done more than they otherwise would have been required to do.”

While it’s true to say that LEED certification is becoming more commonplace in the US sports venue sector, some owners decide to reject that path, with the majority citing cost and inconvenience. Presenting financial benefits of certification can be tough. Sometimes it may take years to recoup an investment.

But Owens is confident that certification can impact the bottom line in a good way (changing to LED lights and reducing energy consumption can slash costs dramatically), and cites financial benefits alongside prestige, fan engagement and community contribution as the major positive outcomes of sustainability certification.

Of the latter, he highlights the work done by baseball team Washington Nationals, which implemented a stormwater mechanism in its facility to mitigate its impact on the city’s legacy combined sewer system that becomes overwhelmed when it rains.

Owens also showcases fan engagement initiatives developed by Philadelphia Eagles. The NFL team make a concerted effort to educate its fans on its recycling, energy efficiency and water efficiency operations, making it part of the match day experience and weaving it into its team philosophy.

Despite the progress being made in sport in terms of sustainable building and certification, Owens reckons there’s a long way to go for green building. Not just in the sports industry, but across all sectors. His wish is to see the ambition being shown by professional clubs replicated by minor league and amateur sports teams.

“I’d love to see it trickle down, but I don’t know that there’s many good example,” he adds. “What we have seen in other sectors that could transfer to sport is facilities replicating certified projects without seeking certification themselves. So the diffusion of innovation, technology and strategy is difficult to track, but we absolutely know it occurs.”