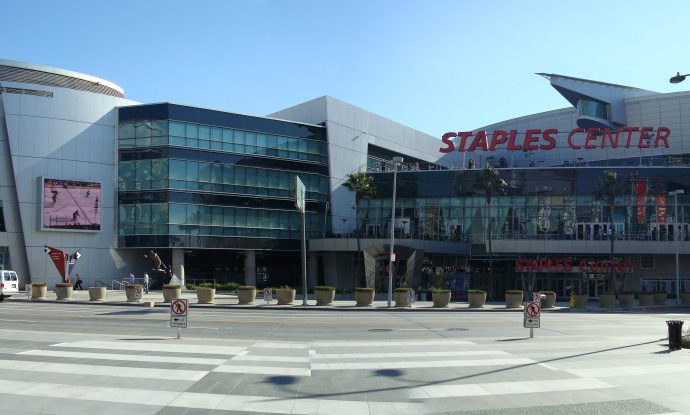 An air-flow management system that produces water while cleaning indoor air will be rolled out at professional and community ice rinks following a successful trial at the Staples Center, home of NHL franchise Los Angeles Kings.

The BluEco Liquid Crystalline Turbex system has been developed by BluEco Technology Group, and will be introduced to venues and facilities in a joint venture with the Los Angeles Kings and owner AEG.

Using molecular level environmental air-flow management technology, the processor produces “pure” water while managing interior air-flow and cleansing it from particulates. According to the companies, the ice created by the water has “fewer impurities” and a “clearer, harder, more dense surface”.

It also eliminates an arena’s reliance on municipal water supplies to create and maintain ice sheets.

During a trial period at the Staples Center (throughout the 2017/18 NHL season), the system saved the facility “hundreds of thousands of gallons of water” and “lowered the carbon footprint of one of the busiest and well-known arenas in the world”.

“These types of solutions will ultimately provide a gateway for the broader community rink industry to ensure that our game is accessible and an enjoyable family experience, and that our sport thrives for future generations,” added Davis.