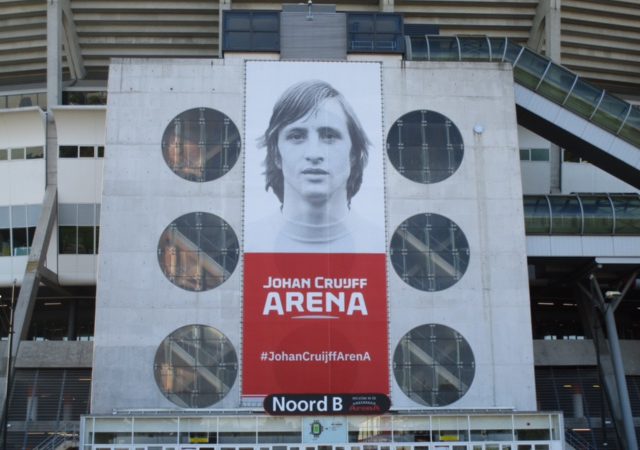 The Johan Cruijff Arena, home to Ajax Football Club, has been asked by Amsterdam’s municipality to design a smart city concept following its own extensive sustainability work.

In mid-June, a “digital twin” of the city and stadium will be unveiled in an attempt to validate the blueprint drawn up by teams representing the stadium and municipality.

Working in collaboration with the United Nations, the team working on the concept will hope to deliver a project that can be realised by 2022.

Henk van Raan, chief innovation officer of Johan Cruijff Arena, said that the smart cities would be developed using the 10 One Planet Goals and Guidance for Cities, which include zero carbon energy, zero waste, materials and products, travel and transport, local and sustainable food, sustainable water, land and nature, culture and community, equity and local economy, and health and happiness.

Van Raan highlighted the stadium’s importance for all overall development in Amsterdam. Since the stadium – formerly known as the Amsterdam Arena – was built in 1996, the surrounding area has become the “most profitable” in Amsterdam per square metre, according to van Raan.

Despite not being built with sustainability in mind, van Raan and his team have been working since 2010 to become a high-profile bastion of sustainability in Amsterdam, at the request of the government, which wanted to an “icon” to inspire other businesses to follow its eco-friendly practices.

In 2015, Johan Cruijff Arena replaced fossil fuels with renewable energy to power the 53,000-capacity stadium. That was backed up with energy generated by an innovative system made up of old Nissan car batteries.

By 2020, van Raan wants the stadium to become totally carbon neutral, and to reduce costs by 20%, with some of that coming from energy provision.

Van Raan also revealed that the arena had set aside a further €50m for sustainability, with a focus on digitisation to help monitor KPIs in this area, and the continued transformation of the stadium’s facade (see below).