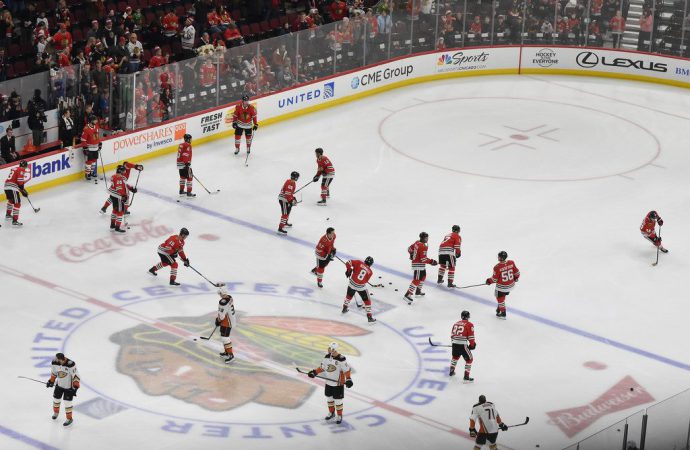 Smart energy systems, rainwater collecting restrooms and ozone-safe refrigerants are all part of the wide-ranging strategy

The ambitious blueprint has been set out in three distinct areas of action – innovate, transform and inspire – and will attempt to build on the work already started after the publication of NHL Green’s (the league’s sustainability arm) first report in 2014.

Over the past three seasons, the NHL has offset 379,365 megatonnes of greenhouse gases by embarking on composting and forestry work, as well as generating renewable energy credits from US Wind and Canada Biomas. The NHL’s long-term goal is to “better track and understand” fan travel emissions.

Conserving water and reduction waste are also at the forefront of the NHL’s mind when it comes to driving innovation.

More than 88 million gallons of water have been restored to North American rivers as a result of the NHL’s water efficiency technologies and water recapture systems. According to the report, over the next five years NHL will focus on identifying new water-efficient innovations and water quality and groundwater recharge to “benefit the broader environment”.

Around half of all NHL arenas currently compost, with five collecting front-of-house waste, and 12 clubs using compostable serviceware that is biodegradable. To clamp down on sending waste items to landfill, the NHL will analyse data to improve recycling and composting services, increase compostable procurement and attempt to educate fans and staff.

The NHL has identified two major components to transform professional hockey. The first is an ambitious target to create greener rinks of the future, which include fan banners being manufactured from repurposed material, an equipment donations area (where local communities can collect or donate items such as helmets, skates and pads), restrooms that use collected rainwater, advanced food forecasting technology to reduce waste and automated temperature systems.

Secondly, from 2020 it will begin to phase out the R-22 refrigerant commonly used in NHL arenas to keep the ice cool that is linked to ozone depletion. Ammonia can be used in place of R-22, but as it can be “cost-prohibitive”, the NHL is working on other variants, such as hydrofluoroolefin-based (HFO) refrigerants that offer “performance, safety, cost and environmental sustainability”.

The final pillar of the report is to use the NHL brand to inspire fans and communities to combat climate change in their own ways. Around 65% of NHL fans reduce their personal environmental impact, while just under half (46%) want to learn how to be more environmentally sustainable.

To harness this strong feeling around climate change, the NHL plans to track the impact fans are having on the league’s sustainability goals and “provide tangible resources” to encourage participation in specific ways.