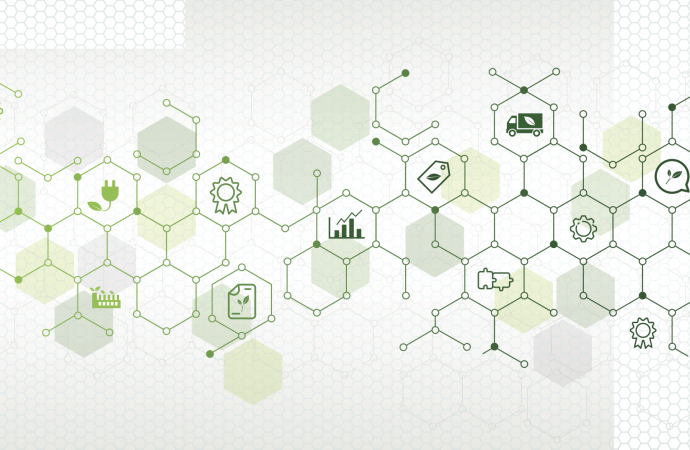 Was a climate change risk assessment part of the due diligence process when Todd Boehly, along with a  consortium of investors, spent £4.25bn to acquire Chelsea Football Club from Roman Abramovich in May 2022?

Perhaps it was, perhaps it wasn’t. But, according to a report compiled by the Rapid Transition Alliance, Stamford Bridge, the stadium that came as part of the package, is due to face flooding of some kind every year by 2050 if climate change continues on its current trajectory.

Future scenarios like this are not unique to Chelsea’s iconic west London home. That’s why much of the technology being developed in the field of sustainability is geared towards mitigating the worst of climate change, by reducing our carbon emissions, or at least adapting so that when the worst happens, we’re prepared.

A fascinating article published by Bloomberg in October explored an investment made by the US Tennis Association in the advanced weather forecasting platform, Tomorrow.io, as the threat of unpredictable and extreme weather increases every year along the east coast of America, around the time the US Open is scheduled.

If COVID-19 lockdowns forced sport to close its doors for a short but constant period over 2020 and 2021, then the worsening symptoms of climate change – like major storms, extreme heat and poorer air quality – have the potential to shutdown events on an ongoing basis, bringing a whole host of security, human health and financial risks.

Leveraging evolving technology to anticipate and adapt to our changing environment is one thing, but if we really want to get a handle on the situation we have to do our utmost to reduce our carbon emissions, the biggest accelerator of climate change.

You can’t manage what you can’t measure, and in all likelihood one of the most prominent pieces of technology sports organisations will invest in over the short-term is platforms and software to monitor their carbon emissions. Many stadium owners and operators (in fact, probably all major ones) will have analytical tools measuring energy and water use, but the consensus is this needs to go further.

However, an extra layer of complexity lies in the fact that the majority of sport’s carbon impact comes from indirect sources, such as its supply chain and fan travel. Controlling, or even measuring, these carbon emissions is proving to be a minefield for many organisations in sport. But it’s not an issue sport can ignore.

Some suppliers are stepping up to support these ambitions. Kuehne+Nagel, for example, has developed a Seaexplorer platform that allows partners like the Team Malizia sailing team and SailGP to transport boats and equipment to race destinations with as little carbon impact as possible. DHL, the logistics partner of Formula E, helped to slash the sport’s season seven carbon emissions by using biofuels (derived from used cooking oil and wood-based oil) when transporting freight via the road or the ocean.

The growth of purpose-driven sports, like Formula E, SailGP and Extreme E, is a significant contributor to the adoption of sustainable innovation within sport. Through partnerships with Aggreko and Tesla, SailGP has pioneered the use of renewable energy technology in sailing, using solar, biofuel generators, thermal and battery-storage solutions. During its second season, the round-the-world catamaran racing series hosted its first 100% clean energy event in Aarhus, and over the course of the third and current season will explore ways to diversify that renewable energy mix with green hydrogen generators, fuel cells, flexible solar and wind turbine technology.

Extreme E was established by Alejandro Agag to converge high-octane off-road racing with climate education and action. Naturally, positioning the property as a testbed for sustainable technology was a strategic objective. In June, Extreme E partnered with ENOWA, an energy, water and hydrogen subsidiary of the NEOM region of Saudi Arabia, to bring green hydrogen to the championship as a means of transporting renewable energy over long distances – a potential gamechanger when it comes to the decarbonisation of transport.

While mitigating environmental risk should be the starting position, the fact that sustainability is such a prominent topic means that it is now permeating almost every aspect of sporting culture, from partnerships to fan engagement. In terms of the former, a study conducted by our publication, The Sustainability Report, found that of 243 prominent sport sponsorship deals occurring in 2021, around 20% had some kind of shared objective related to sustainability – many of which involved a transition to lower-carbon technology.

The last one is perhaps the most intriguing of all. While sport must rely on innovation from its partners to reduce its environmental impact, brands with fledgling sustainable offerings are beginning to identify sport as the perfect high-profile platform to test and promote new ways to live and operate. The Johan Cruijff ArenA in Amsterdam has been doing this for a number of years, particularly in the field of renewable energy storage (including its Vehicle2Grid initiative that uses the electric cars parked by fans in the stadium as additional storage units), and this trend is likely to continue as society’s collective need to find the solutions to the climate crisis becomes more pronounced.

Online platforms like Planet League and Pledgeball are giving sports fans the opportunity to virtually come together (and compete against each other) by taking part in low-carbon or sustainable actions, such as eating meat free meals, in exchange for points for their teams. In a similar vein, the International Biathlon Union challenged fans of the sport to get active by tracking their activity via partner Viessman’s ViMove app to convert the distances they had covered into trees to plant.

And this is even before we cover the innovation and technology being developed and adopted around other environmental risks, such as poor air quality and waste management. See World Athletics’ investment in air quality monitors to safeguard the wellbeing of its athletes for the former, and CSM Live’s partnership with Project Plan B to turn textiles from the Birmingham 2022 Commonwealth Games into ready-to-use PET pellets as a good example of the latter.

As sport adapts to its evolving reality of balancing performance with mitigating environmental risk, the likelihood is that sustainability will be a key feature in much of the technology produced for the industry in the coming years.

A version of this article was first published in the Sports Technology Awards Group’s 2022 Review and Power List. The full report can be downloaded here: https://www.sportstechreview.org/