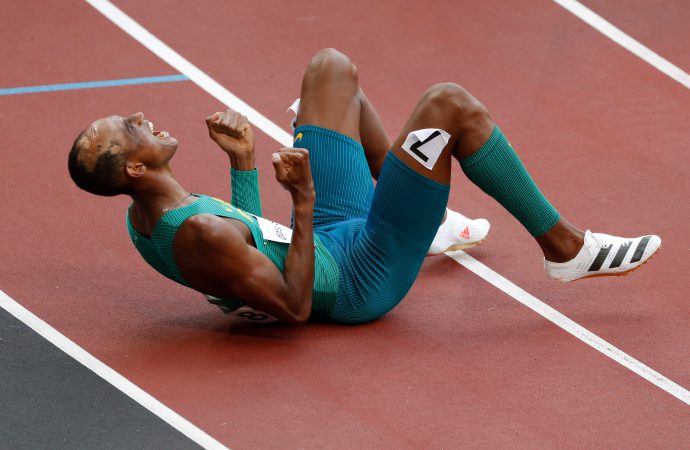 How can structures in sport be changed for athletes to make their mark in efforts to tackling climate change? As issues like environmental sustainability become more prominent in public consciousness, the question of what role athletes should play off the pitch continues to be asked.

No matter how many social media followers an athlete has, their ability to influence others is limited. Sporting institutions that represent them are often reluctant to provide a platform to speak out, confining athletes to contend with the status quo in their sport rather than wider society, which is where genuine impact can be made.

World Athletics are changing this precedent. As COP27 began in Sharm El Sheikh last week, athletics’ governing body announced its inaugural nine ‘Champions for a Better World’. Representing all six continents, the Champions are comprised of high-profile track and field competitors that will campaign for environmental sustainability while encouraging their peers to do the same.

Their roles will include making themselves available for awareness campaigns, opportunities to raise their concerns to World Athletics and to discuss environmental sustainability with meeting directors.

“Athletics is a big community, and as a community we have a duty to one another”, said Barber after the scheme was announced. “As an athlete, my goal in sport is not only about my personal success. A big part of my why is to encourage others, be a role model, and to lead by example.”

Data collected by World Athletics from 737 athletes representing 122 countries at four championship events in 2022 revealed that over 76% of athletes are seriously concerned about climate change, with over 66% feeling they have been impacted directly by its effects. 72% believe climate change has impacted athletics directly, while 90% agree that World Athletics has a role to play in addressing sustainability in the sport.

World Athletics is a signatory of the UN Sport for Climate Action Framework, meaning the Champions will help align World Athletics’ actions with its sustainability strategy that targets carbon neutrality by 2030 while offering a pathway for member federations and licensed competitions to achieve net zero emissions by 2040.

“It’s clear that an overwhelming majority of our athletes are very concerned about the impacts that climate change is having on their lives and on our sport”, said World Athletics President Seb Coe about the new project. “It’s critical for us to act on those concerns, to put practical applications in place where we can, and to drive the sport forward with the advocacy and the high-profile voices that athletes can bring.”

After more than 70% of athletes expressed their concerns to World Athletics about air pollution, the governing body launched the ‘Every Breath Counts’ campaign earlier this year, urging the athletics community to raise their voices and urge governments to sign a declaration for clean air.

“We can see that climate change is already affecting sport”, said New Zealand’s Eliza McCartney, another Champion and 2016 Olympic pole vault bronze medallist. “We have seen extreme temperatures, extreme storm events, air pollution. All of these things are very obvious in athletics, that you can see the change and how it’s affecting the training and competition of athletes. So it’s critical for us to step up and have our voices heard and say what we think needs to be done and be part of the solutions.”

77% of World Athletics’ survey respondents are willing to change their lifestyle to reduce the damage their activities cause to the environment. 84% said they already recycled frequently, while 71% claimed they mostly avoided using single-use plastic.

“The life of an athlete is anything but moderate”, remarked Italy’s Elena Vallortigara, the eighth Champion and 2022 world high jump bronze medallist. “We travel a lot, need to change our gear often because it soon [loses its performance], and so on. I think becoming more aware and paying more attention to our choices is very important.”

Flying internationally to compete still largely remains unavoidable for athletes to earn their livelihood, but for the Champions for a Better World programme to be successful, it needs to initiate effective, but financially viable solutions to reduce emissions, such as optimising the event calendar to reduce long-distance travel, in addition to influencing fans.

“Change won’t happen until all of us come together and demand it”, declared the final Champion Sam Mattis, USA’s 2021 Olympic and 2022 world discus finalist. The scheme undoubtedly increases the likelihood of initiating collective action within the athletics community, while its very existence suggests World Athletics will be open to suggestions.

World Athletics aren’t waiting for approval to trailblaze solutions that enable climate action. With the potential to impact millions while offering a structure for fellow governing bodies to adopt, the Champions for a Better World scheme’s ceiling soars far above its floor. If it fails to have the expected impact, no problem; it can evolve – that’s the pioneering domain provided by sport. It’s an example of purposeful innovation that we should all hope to see more of.