Sports for Nature Report establishes foundations for a sustainable future 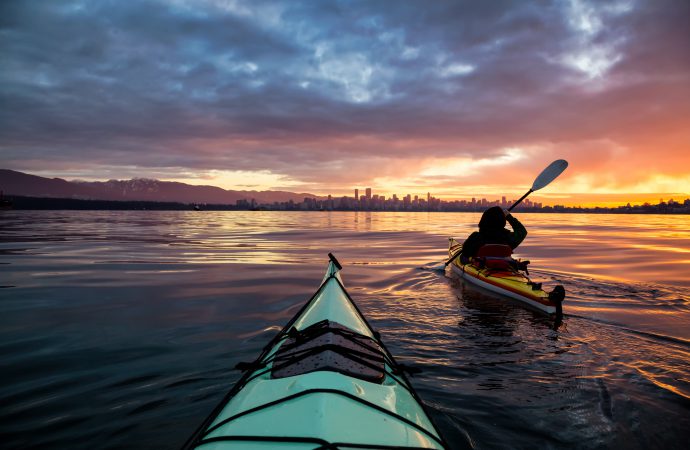 “The answers to the challenges we face are not simple, but we can start by asking the vital questions,” says Loughborough University’s Sports for Nature Report

Environmental reporting, not only in sport, commonly gazes through a negative lens, but the urgent Sports for Nature Report reinforces that “sport can be different: forward-looking, positive, hopeful”.

Led by Loughborough University, the report was commissioned by the United Nations Environment Programme (UNEP) and supported by the International Olympic Committee (IOC). Published ahead of COP27 in Egypt and COP15 in Montreal in December, Loughborough hopes it will “spark an international action campaign to coordinate the sporting world’s response to the triple planetary crisis”. Introduced by the UN in 2020, this includes climate change, pollution and biodiversity loss.

“When we set out to assess the current state of the field on sport and nature, there was very little to draw from”, said Dr. Madeleine Orr, sport ecologist at Loughborough University London and lead researcher on the report. “The impacts of sport on nature are understudied and sport’s reliance on nature is deeply misunderstood.”

The report’s primary objective is to “set a baseline for nature conscious work in the sport sector.” To achieve this, it has been constructed around a new Loughborough University study where focus groups of 109 sport managers, 43% female, from 103 sport organisations around the world, ranging from clubs to international federations and representing 48 countries and 30 sports were asked:

– Do sport organisations see nature to be important?

– What is sport currently doing to address environmental issues?

– What capacities do sport organisations have to address environmental issues?

A 2019 study by Orr and Innue found that many sport managers take the natural environment their sports require for granted. Combined with the considerable level of influence they have both within their organisations and the wider sporting world, they’re an ideal group to focus the study on.

The four key insights revealed from the research were:

– Nature is important: However, study participants were unclear on how their organisations could protect it and what tools were available to them.

– Show me how: Interest is high, but practical knowledge, particularly around biodiversity loss and pollution, is low.

At Loughborough University’s inaugural Sustainability in Sports Summit to launch the report at Lord’s Cricket Ground on Wednesday, Julie Duffus, sustainability senior manager at the IOC, described the finding of sports managers caring about nature as a “champagne moment” because it means we’re not “starting from scratch”.

Dr. Orr added: “Most organisations are doing quite a little on the nature agenda at the moment, not because they’re not interested, just because they don’t know what to do.”

Eighty-nine participants said their organisation lack resources, meaning only 32 had environmental sustainability strategies. Only 13 had signed the UN Sport for Climate Action Framework, despite many being aware of it. Nineteen respondents specifically said they are doing nothing for the environment, while 9 identified clean-ups as their only green action.

It’s important to recognise the global context here; sport organisations with sustainability strategies are predominantly from developed countries, where knowledge and resource pools are readily available to begin addressing the climate crisis.

The final question in the study asked focus groups what would help their organisation act on nature. The most frequent answers were:

– A shared framework and support network

– Forums and assemblies (to ease information sharing and drive collaboration)

Based on all the above findings, the report’s preliminary and non-exhaustive guidance identifies four primary approaches for sport organisations to address nature issues in sport:

1. Set a baseline for nature

“Establish your dependency and critical relationship with nature and determine what natural features and species are most in need of protection and conservation in your area,” advises the report, making it clear that many actions in service of nature require little to no resources, such as leaving no waste and reducing night-time disturbances.

This alleviates the perceptions of many study participants that engaging in environmental action can be burdensome. “Sport organisations need to be sensitised to the full breadth of actions that can be taken to disrupt assumptions about the high cost of engaging with this agenda”, the report continues.

2. Align nature efforts with the Conservation and Mitigation Hierarchy

The hierarchy, generated by tens of collaborating research institutions, is comprised of:

The report encourages sport organisations to build partnerships with “environmental non-profits, governmental organisations, sponsors, or other parties with expertise on nature to support existing or new initiatives on this agenda through their capabilities and to supplement internal capacity.” It also encourages promoting the inclusion of women, girls and minorities from historically marginalised groups to ensure that “nature efforts reflect the diversity of the communities in which they are taking place.”

Sport leaders and their organisations are encouraged to look beyond collaborating with directly comparable organisations to base it upon commonalities, including resources or settings e.g. water-based sports.

Various ways that sport platforms can be leveraged to educate participants and fans about the role they can play in acting for nature are outlined, while encouraging environmental efforts and practices to be shared with partners and suppliers across sport’s supply chain.

Panellists at Wednesday’s launch event clarified that the report only marks the beginning of further action: “I think it goes beyond writing guidance to physically support these sports organisations,” said Duffus. “I think that’s where a lot of people in the room can come and help that. How can we mobilise different sectors to come together?”

Would embedding climate officers in every sport organisation help? Tim Badman, head of heritage, culture and youth at the IUCN, declared this isn’t going to magically happen.

Two dozen sport leaders in the study said their organisations are altering their structures to add sustainability roles or build it into existing roles. Many pointed to their use of sustainability volunteers, but the report identifies that “they typically lack the influence and control to exert change and thus await guidance from the organisation’s leaders.”

This is somewhat of a catch-22, as sport organisations can have many inconspicuous impacts on nature that go unseen by sport managers, including different kinds of pollution (light, noise, plastic, air) and displacing wildlife. The top three environmental concerns that were recognised by participants in the study were poor air quality, pollution and extreme heat.

To motivate sports organisations to alleviate these concerns, Ben Smith, head of research and innovation at Chelsea FC, believes it needs to be built into performance. By reverse engineering environmental solutions from world-leading organisations and making them Chelsea specific to establish a “cultural signature”, he believes sustainability can become “an expression of performance that can help with funding, education, engagement, and we can push it much more to society.”

Reflecting on the framework agenda laid out by the report, Guy Lavender, chief executive and secretary of the Marylebone Cricket Club, said: “I think we do need to have a structured baseline for what we’re doing, whilst accepting that there’s a whole range of sports organisations at different levels.”

Discussing the Wimbledon Park regeneration project, Hattie Park, sustainability manager of the All England Lawn Tennis Club, expressed similar sentiments: “We have done three years of ecology surveys there and we have a biodiversity baseline for that, but that was very involved and very complicated. So I think what would be really useful outcome from all the collective brains working on this report is how can we generate a baseline that is accessible for a range of sports organisations?”

With Paris 2024 approaching on the horizon and the halfway mark of the UN’s ‘Decade on Ecosystem Restoration’ following closely behind it, UNEP, the IUCN and IOC have risen to the challenge by co-creating a new Sports for Nature Framework that will be introduced at COP15. It will be closely aligned with the UN Sport for Climate Action framework so that organisations can continue being scored on their green actions.

The framework will take the following actions forward as priorities:

– Convene working groups to implement action for nature: This may include networks to facilitate knowledge-exchange between organisations operating in similar spaces.

– Share, translate and coordinate information: Curate guidance in a freely accessible virtual platform to ensure easy access and searchability that can be used by other stakeholders e.g. from the private sector

Reminiscing on the London Olympic Park’s ecological transformation after it was awarded the 2012 Games, Duffus clarified that actions in this space don’t have to be on an equivalent scale: “If you put everyone together to do something similar, we can really achieve great things. There’s a lot of opportunities, a lot of work and a lot of challenges, but I really think we can mobilise this globally through sports. We could achieve really exciting things.”