“Getting fans on board is where you make real carbon reductions” 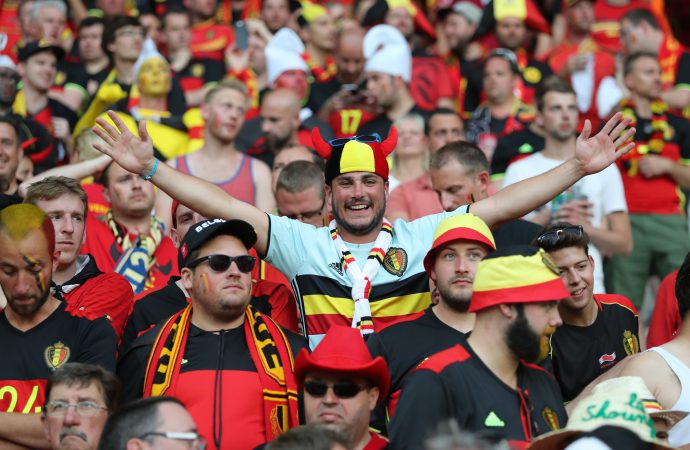 Could football clubs balance their residual greenhouse gas emissions through carbon savings made by fans?

“In some ways I think that would be incredibly progressive, but it’s also a bit unfair for a football club to push its responsibility onto fans that way,” says Tom Gribbin, chief executive of Planet League (formerly Planet Super League). “I don’t think we’ll see fan action as the new offset as clubs have to get their own house in order. But I don’t think clubs should stop at their own house.”

Planet League, a platform that “gamifies’ sustainability actions by giving football fans the opportunity to score ‘goals’ for their club and beat rivals by adopting low-carbon behaviours, unveiled its ‘Scope F’ vision in August – a vision that promotes the need for sports organisations to move beyond limiting the climate impact of their own operations and events, and engaging, encouraging and supporting fans to take action in their own lives.

Its premise is that sports organisations can “create up to 100x more impact” if they look beyond the control they have in-house and leverage their cultural significance and the tribal nature of fans to facilitate behaviour change.

The Scope F (for fans) moniker plays on the Greenhouse Gas Protocol’s Scope 1 (direct emissions), 2 (indirect emissions related to electricity) and 3 (indirect value chain emissions) method of carbon measurement. Although this boundary of measurement has worked well for heavy-emitting industries, like oil and gas, it’s too narrow for sport, says Gribbin.

He adds that as professional sports clubs have a “negligible carbon footprint” but “colossal brands” it makes sense for them to pivot away from thinking in a purely operational sense and explore the bigger picture.

“If we stay in the narrow band of Scope 1, 2 and 3 we limit the potential positive impact sport can have,” Gribbin explains. “In most cases, the vast majority of fans can’t make it to the stadium for the game. And even for those that are able to make it to the game, their everyday habits occur outside of the stadium. Nearly 99% of the activities we offer via Planet League have nothing to do with the matchday. But we’ve used the love that a fan or family has for a club to encourage them to reduce their carbon footprint.”

Over the past two-and-a-half years, Planet League has partnered with more than 70 football clubs in Britain, giving their fans the chance to compete against each other by winning points for simple lifestyle changes, such as eating meat-free meals and converting to a renewable energy tariff. More than 14,000 fans have completed over 77,000 activities so far.

Planet League estimates that the 20 English Premier League clubs have a combined carbon footprint of 700,000 tonnes CO2e per year (around 35,000 tonnes per club), while clubs further down the divisions have an even smaller footprint. While clubs need to take steps to reduce that figure, Gribbin asserts that the collective carbon footprints of fans far exceeds those numbers and therefore provides a “huge opportunity” to create a wave of greenhouse gas emission reduction through individual action on a large scale.

Northampton Town, for example, plays in the fourth tier of English football and has an active fanbase on the Planet League platform, with 483 supporters completing 12,300 activities at the time of the report’s publication. These actions have saved around 66 tonnes CO2e (the equivalent of more than 163,000 miles driven by a petrol-powered car) and, according to Planet League’s calculators, equates to around 5% of the club’s Scope 1, 2 and 3 emissions.

“If the club could increase participation in climate action from roughly 500 to 5,000 supporters,” Plant League’s report outline Scope F says, “the impact could be equivalent to 50% of the club’s annual carbon footprint.”

Gribbin adds: “Getting the fans on board is really where you will find gains. Don’t get me wrong, get your own house in order but it’s about looking at this from a bigger perspective.”

Within the report, Planet League highlights the work of Extreme E, the electric off-road racing series established by Formula E founder Alejandro Agag, as a good example of a sports property taking accountability for its own carbon emissions while bringing fans on the journey.

In terms of the former, Extreme E uses green hydrogen to power its electric race vehicles, transports freight by ship instead of via a plane and has no fans at the race site. All of these factors together means that Extreme E has the “lowest carbon footprint in motorsport”.

However, through its fan-facing ‘Count Us In’ campaign, more than half-a-million people prevented 170,725 tonnes of CO2e through 15 million low-carbon actions – ”proving that seemingly small steps multiplied in a global level can have huge cumulative impact”.

New sports like Extreme E, Formula E and SailGP, which have sustainability and purpose as part of their core business (including as part of the competition in SailGP with its Impact League), are perhaps better equipped than older, more established sporting institutions to develop a Scope F strategy. But what’s the starting point?

“You absolutely need the operations team to look at infrastructure, but we have to get the creative world involved as well,” Gribbin says. “The marketing world, the talent world, the tech world – everyone in these space need to be involved to look at the fan engagement piece. We need to make sustainability exciting for fans.”