Rugby must harness its unique qualities to safeguard its future 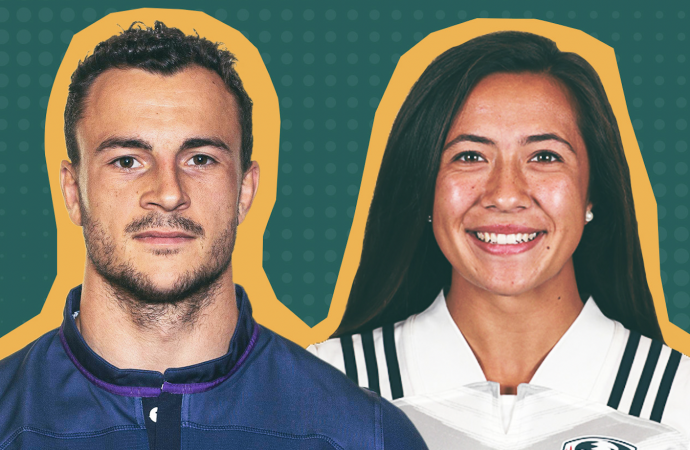 With key rugby nations, such as the Pacific Island and Australia, experiencing disastrous climate impacts, the sport must make action a priority, say Alena Olsen and James Farndale

Why is rugby, among all sports, so well-placed to to lead on climate action?

That’s the question I pose to Alena Olsen and James Farndale, two rugby 7s players who have coordinated a letter alongside climate activist and former Australia captain, David Pocock, to mobilise the sport and its governing bodies.

Farndale pauses for a moment before recounting a conversation he had the day before with his former Edinburgh teammate and Fiji player Eroni Sau.

“He told me he grew up on the outer islands of Fiji and that he’d witnessed the rise in sea level cover the places he used to play in water, with waves reaching doorsteps,” he says. “When you hear something like that from someone you’re so close to, it makes it feel so real.”

The region is one of the most affected when it comes to climate change impacts – and is among the most at-risk of further extreme weather events. Apart from rising sea levels, cyclones, floods and droughts are, according to the World Health Organization, “displacing populations, causing injury and psychological trauma, and increasing the risk of infection and malnutrition”.

Within the letter – which was signed by Sau and more than 200 current and former rugby players – Farndale, Olsen and Pocock stress the sport’s “cultural significance” in the Island Nations as a key motivation for rugby stakeholders to get behind the push for more concrete climate action.

In Olsen’s home nation of the US, an emerging rugby market, and Pocock’s Australia, one of its leading nations, wildfires, extreme heat, floods and more powerful storms are becoming more frequent.

But apart from the obvious focus on the environmental destruction and human tragedy being caused by climate change, Olsen and Farndale came to the topic from two very different perspectives.

Olsen, who spent time working with the US Green Chamber of Commerce, realised she “really cared a lot” about the climate crisis when she recognised its impact on public health. Farndale, meanwhile, became aware of climate change and sustainability more generally during the last year of his undergraduate business degree, where he recognised the potential ability of business to drive positive change “while also making a profit”.

And the link between climate change and the sport they love just clicked.

“Covid hit and I decided to make a video with Earth Day coming up (including a number of US Men’s and Women’s National Team players taking the Global Climate Pledge), and all of a sudden I found that there were lots of athletes that are actually really interested in climate change,” Olsen explains. “That’s when it really started blending together and I realised it didn’t have to be separate – I could help put sustainability into sport.”

Olsen has since joined EcoAthletes, a nonprofit established by Green Sports Blog founder Lew Blaustein to educate and support “climate-curious” athletes, while Farndale has become a sustainability ambassador for Scottish Rugby Union, the nation’s governing body.

It was through a mutual friend, GB rower and Champions for Earth team member Melissa Wilson, that Olsen and Farndale met, and within a month the letter was written and sent to World Rugby, the sport’s International Federation.

Signed letters are quickly becoming a popular medium for athlete climate activists; Wilson coordinated a letter to the UK government last year, with the signatures of more than 300 current and former British Olympians, calling for a green response to the Covid-19 pandemic. Pocock also secured the backing of hundreds of high-profile sporting names in Australia in a bid to pressure the Australian government to commit to net zero by at least 2050.

In this letter, the trio have encouraged World Rugby to follow up on its commitment to the UNFCCC Sports for Climate Action Framework and to “safeguard a better world for our communities, our sport, and future generations”.

Farndale stresses that the letter was designed to be “collaborative and supportive”, highlighting that players want to help World Rugby and other governing bodies work towards the solution. The athlete voice, he adds, would “legitimise” the organisation’s sustainability stance by involving a stakeholder group that is impacted by climate change and influential.

“If there could be public conversations about sustainability in which athletes could chime in, we could put our knowledge out there,” Olsen adds. “I also think we could give a little more input on how tournaments are organised and how governing bodies are run on a daily basis.

“Sometimes it’s difficult to make changes and there can be some pushback, but if the athletes want it and can provide their input changes can be made more quickly, and it could be a good way for us to get involved moving forward.”

Olsen and Farndale agree that the traditional characteristics of athletes, such as teamwork, persistence and problem-solving, are critical for addressing the challenge at hand. While both are optimistic about the future of rugby, they are also concerned about what will happen to the sport if we can’t collectively manage to avert the worst of climate change.

Will smog and pollution be too bad for players who are “sucking in air half the time”, Olsen wonders. Will extreme temperatures ruin the aesthetic of the game, with matches won not on skill but who can adapt to the heat better, Farndale muses.

And if several of the Pacific Islands succumb to rising sea levels, will that reduce the talent pool and quality of rugby?

Luckily, rugby is recognised for its unique qualities – “strategy and tactics, paired with courage and ambition” – as referenced in the letter. And with committed activists like Olsen, Farndale and Pocock wanting to drive things forward, there’s every reason to be optimistic.