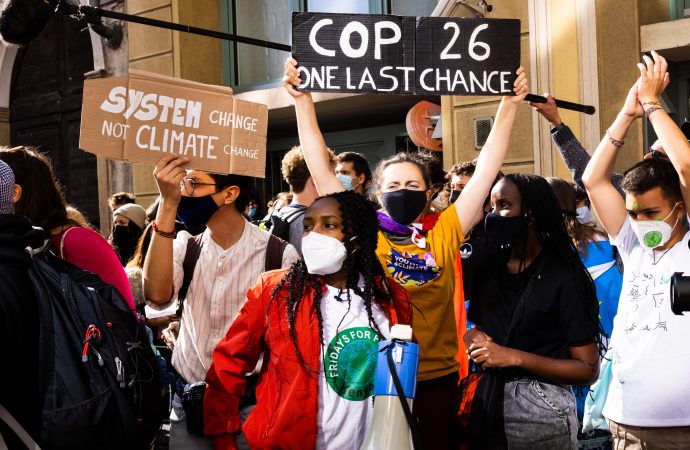 Athletes are coming together under several different initiatives ahead of COP26. Will they be able to influence policy-makers into stronger action on climate change?

No one wants to be an outlier for the wrong reason. But when it comes to climate policy, Australia has often gone against the grain when compared with its traditional allies.

Aside from the Trump administration years when the US pulled out of the Paris Climate Agreement (before swiftly rejoining following the election of Joe Biden), no other developed nation has rallied against climate action as publicly as the land Down Under.

Coal – which when burnt emits the fossil fuels largely responsible for climate change – is a major part of the Australian economy and one of its largest exports.

But, with the glare of the world on them ahead of the COP26 climate conference in Glasgow in November, the Australian government, headed by prime minister Scott Morrison, unveiled a target of reaching net zero by 2050.

The Australian Conservation Foundation (ACF) said the move was a “welcome shift” that was “made possible by all of us speaking out and taking action together”.

Among those speaking out most forcefully is a group of athletes led by rugby-player-turned-climate-activist David Pocock, who launched ‘The Cool Down’ campaign earlier this year to pressure the government into setting a net zero target.

As part of the campaign, more than 450 athletes from 40 sports – including Aussie Rules footballer Darcy Vescio, Formula 1 driver Mark Webber, and cricket legend Ian Chappell – signed an open letter to Australian policy-makers to “cut emissions in half by 2030” to “safeguard” the sports Australians love.

“We are a sporting nation. We play sport, we watch sport, we love sport. From the Boxing Day Test to footy finals fever. From early mornings paddling out at breaks around the country to park runs in hundreds of cities and towns. But the climate crisis and Australia’s intensifying extreme weather is threatening the sports and country we love,” said the letter.

Indeed, Australia is among the nations faring worst when it comes to the impacts of climate change. Incredible bushfires ravaged parts of the country in late-2019 and early-2020, only to be knocked off the global front pages by the growing concern around Covid-19. This was followed by flooding in what Earth’s Future journal detailed as a “hazard cascade”.

“The people and places we love, as well as the sports we love so much, are threatened by climate change,” Pocock said when the campaign was established. “We have the resources in our own backyard to be a world leader in this field and, as a sporting nation, we’re used to performing on the world stage. It’s time we harness that to focus on strong climate action.”

Earlier this year, Pocock, alongside his wife Emma (the co-founder and chief executive of FrontRunners, a movement for environmental athlete activists), and a number of athletes got behind one of those solutions in the form of solar power.

The ACF commissioned research in early 2021 exploring the potential for sports stadiums and venues to incorporate solar panels on their roofs. Analysing dozens of venues, the environmental NGO and the University of New South Wales found that if solar was harnessed to its potential across all venues explored, almost 3,000 homes could be powered for 20 years from a single year’s worth of energy.

“There are loads of athletes we’ve been talking to who are really excited about getting their local clubs to do an audit, potentially get solar, and to generate positive climate outcomes as well as reducing high electricity bills,” Emma Pocock told The Sustainability Report earlier this year.

But aside from encouraging and cajoling, can athletes actually have an impact on national and international policy?

Alongside Hannah Mills, the most successful female Olympian in sailing, Team GB flagbearer at the Tokyo 2020 Olympics, and environmental activists, Wilson will urge governments to agree on the action needed to keep us within the 1.5℃ threshold through a video, with 50 high-profile athletes articulating a powerful but simple message: “athletes gave their all and competed at Tokyo 2020 in extremely difficult circumstances – now is the time for politicians to step up to the plate and make the same kind of commitment.”

Last year, Wilson presided over the writing and delivery of a letter to British prime minister Boris Johnson, signed by 300-plus British athletes calling for a “green recovery” post-Covid.

Marcus Rashford, the Manchester United and England footballer, demonstrated that it is possible for sportspeople to influence policy if the topic is emotive enough. He famously campaigned to overturn a UK government policy which stripped a number of children living on the poverty line of free school meals – often the only cooked meal they had access to in a day.

After garnering a huge amount of support, the pressure proved to be too much and the government reversed its decision.

But is climate change a topic that will foster the same emotion in people as children losing their right to eat for free at school? And are athletes the right actors to tell the story?

The question about whether athletes are the right people to galvanise the public around climate action could be perceived as a bit more of a grey area. While Rashford was an authentic spokesperson for child poverty, growing up in underprivileged circumstances himself, many people may consider climate activism from athletes – who potentially fly around the world to compete and, in some cases, have relatively lavish lifestyles – as a tad hypocritical.

Wilson stresses that athletes are hugely important in bringing conversations around climate change to a wider audience, referencing an MIT piece of research showing that sportspeople have more influence than actors, singers, politicians and scientists combined.

Lew Blaustein, the founder of Green Sports Blog, agrees, and launched nonprofit EcoAthletes to educate athletes who care about climate change about the science and how to communicate authentically.

Ahead of COP26, Blaustein launched the COP26 Manifesto with the overarching headline “anthropogenic (man-made) climate change is the greatest challenge humanity has ever faced”, and four pillars for athletes, fans, organisations, governments, and business leaders to “unite behind”: securing net zero by mid-century, protect communities and natural habitats, mobilise finance to deliver on points one and two, and collaborate to “finalise the Paris rulebook”.

Dozens of athletes, organisations, and members of the sporting community have signed the manifesto, including Canadian tennis star Gaby Dabrowski and British cricket Joe Cooke.

Dabrowksi, a two-time Grand Slam mixed-doubles champion, explains that the “unifying” nature of sport and the intrinsic nature of athletes’ relationship with the environment makes the messaging authentic if they truly care and walk the talk.

“One step I take personally is on the fashion side of things: I only purchase athletic clothing and casual wear from companies who have been vetted in terms of their environmental impact and who are transparent about their manufacturing, production, and use of materials. My hope is that more people become involved in climate activism so that one day we can all breathe easy.”

“COP26 feels like an unmissable opportunity for action,” he says.

“Sport is such a great tool for change, and the organisations and athletes that have signed the manifesto have shown how much this means to the sporting world.  I had to sign the manifesto because ensuring 1.5℃ is within reach and so important for my sport and also so many people all around the world.”

Could COP26 be a decisive moment for athlete climate activism? Potentially. But a lot depends on who’s listening – and how much they think it will influence public opinion.