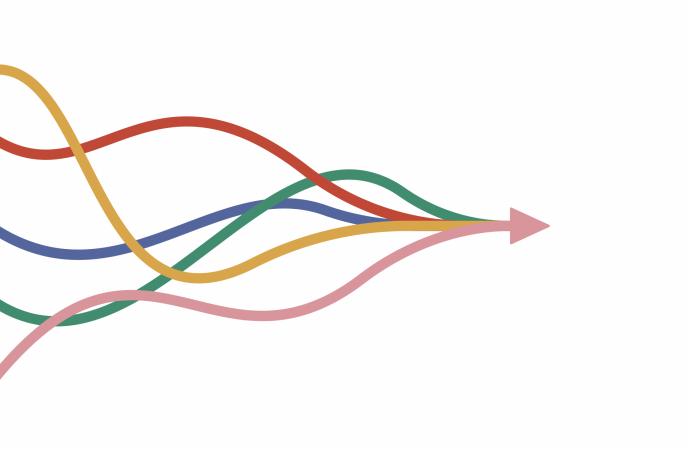 An increasing number of major sponsorship deals have an environmental angle, showcasing an exciting opportunity for sports properties

We are now well and truly in the era of purpose and brand activism. Every brand worth its salt is throwing its weight behind a cause it believes its customers (and potential customers) care about.

But, if everyone is doing ‘purpose’, does it still matter?

A piece of research conducted by System1 looking at the effectiveness of award-winning advertisements at this year’s Cannes Lions (films mainly focused on activism and causes) found that, actually, those commercials were less effective at engaging audiences as average television adverts.

But sports sponsorship is a different kettle of fish. It’s an area that brands are increasingly moving into to showcase their purpose and social/environmental credentials in a high-profile way. Unlike pure advertising, sports partnerships present the opportunity for both brand and rights holder to work on something together that galvanises an already-switched-on group of people, i.e. sports fans.

There’s a reason that Nielsen Sports believes that sports properties with a genuine focus on social and environmental responsibility will grow revenues by around 10% more than their counterparts over the next 3-5 years.

Towards the tail end of 2020, two big partnership renewals illustrated this well: Procter and Gamble’s (P&G) renewal with the IOC up until 2028, and PepsiCo’s decision to continue its UEFA Champions League sponsorship up until 2024.

The former partnership included an ‘Athletes for Good Fund’, which issues grants to athletes instigating social and environmental projects. The pair also worked on the ‘Podium Project’ before and during Tokyo 2020, in which plastic waste donated by the public was transformed into the podiums that carried the weight of medal-winning athletes.

“We were able to engage the people of Japan to collect the plastic for the podiums, and we hope this project inspires people to take small actions in their everyday lives to help protect the planet,” Marc Pritchard, chief brand officer of P&G, tells The Sustainability Report.

He explains that partnerships like P&G’s with the IOC helps the organisation to achieve its own sustainability goals – with its choice of partners, and the way they go about their work, strategic and well-thought-out.

“When we establish sponsorships and partnerships, like we’ve done with the IOC, we ensure that we share the same ambitions to improve the environment,” Pritchard explains. “Because helping solve some of the world’s most pressing environmental challenges – like climate change, water scarcity and waste – requires high levels of collaboration and transformative partnerships.”

Pritchard says that, typically, once a strategic relationship begins and a common understanding is established, the partners begin by “identifying shared areas of focus” within their respective sustainability efforts, and use their “respective areas of expertise” to establish project goals and guidelines, and identify further partners to provide support and technical know-how.

“Achieving our sustainability targets requires collaboration, so we look for opportunities to advance sustainability in as many of our activities as possible – and that includes our sports sponsorships,” he adds.

Adam Warner, senior director of global sports marketing at PepsiCo, concurs with Pritchard, and claims that sustainability-driven activations within its sport sponsorship portfolio is a “growing priority”.

PepsiCo’s renewal with UEFA last year included the ambition to make plastic waste reduction and recycling a “key priority”. During the 2019 Men’s UEFA Champions League final in Madrid, the company worked with local waste operators to reduce trash and engage fans in recycling efforts. PepsiCo’s plan is to provide the same support to a number of host stadiums and cities throughout the competition in the coming years.

Warner, who says that shared sustainability targets is a “top-three” sponsorship priority, is also keen to stress the strategic nature of the relationship with UEFA, moving away from the notion of sustainability sitting in the philanthropy bucket.

“We concretely measure everything we do from a business or brand perspective, and that’s no different to what we do with our sports properties,” he says. “When it comes to minimising waste we have very clear KPIs in terms of the units and packaging.

“Towards the back end of last year we also started to use in-built sponsorship media to drive recycling education. Two billion UEFA Champions League fans around the world are tuning in to watch their favourite game and in the coming seasons they’ll see a highly-impactful recycling message in our pitch-side advertising. We believe we can drive scale with this educational impact.”

In a nutshell, purpose and sustainability partnerships work when the sports property and brand collaborate to help the latter achieve some kind of organisational goal.

In his research paper, ‘Corporate greenfluencing: a case study of sponsorship activation in Formula E motorsports’, Hans Erik Næss suggested that a number of the electric car racing series’ partners leverage the relationship to reframe environmental conflict, showcasing the improvements in their operations, and redefining timescales to achieve certain sustainability goals. For the latter, Næss highlights shoemaker GEOX and ABB who have set ambitious sustainability targets ahead of the common 2030 or 2050 deadlines, using imagery of Formula E to generate interest.

Through an unscientific analysis of SportsPro’s 50 Most Marketable sports properties (analysing sponsorship or partnership deals showcased via the sports organisation’s news section or press releases between July 2020 and July 2021), The Sustainability Report discovered that of the 243 commercial partnerships publicised, 48 (19.7%) had a strong sustainability focus, including the IOC’s and UEFA’s respective renewals with P&G and PepsiCo.

“There are definitely more sustainability-focused sports partnerships – it’s a space I’m very positive about,” says T. Bettina Cornwell, professor of marketing at the University of Oregon’s Lundquist College of Business and author of ‘Sponsorship in Marketing: Effective Partnerships in Sports, Arts, and Entertainment.

“During the pandemic we saw a lot of new entrants to sponsorship in cleaning and hygiene, brands who had not before had a seat at the table. Going forward, we’ll see a lot of sustainability categories enter sport – everything from water management to solar energy.”

For sports organisations to take advantage of this growing interest in sustainability-focused partnerships, the key is just like any other partnership: to ascertain what the potential partner wants to achieve, and position your property as the means to help them achieve this goal.

Verizon has been supporting the NFL’s sustainability programme around the Super Bowl for a number of years, from reforestation projects, to setting up e-waste recycling drives, and backing its Super Kids-Super Sharing initiative that facilitates the sharing of unwanted toys, games and books between students in the Super Bowl host city.

Part of the giant telecoms company’s motivation is around engaging employees in some of the Super Bowl sustainability projects, falling into its wider “Green Team” strategy of having 50% of employees responsible for reducing their environmental impact at work and at home. Verizon has also committed to dedicate 2.5 million employee hours to volunteerism by 2025.

More than that, the company searches for strategic partners to help it achieve its overarching climate goal of becoming net zero emissions in scope one and two by 2035, says Jim Gowen, Verizon’s chief sustainability officer.

“When we go into relationships, whether they’re sports partnerships or anything else, we look for like-minded organisations,” he says.

“When it comes to the sustainability side or the responsible business side, we go where we can have the biggest impact. Verizon operates in 100 countries, we have over 140,000 employees, and we are the largest wireless carrier in the US – we’re looking for where we can have impact.”

One of the trends emerging in this space is the advent of sports venue naming rights deals for companies with a sustainability focus.

In 2020, Ball Corporation, the beverage packaging organisation, signed a deal with Kroenke Sports & Entertainment for the naming rights of the Ball Arena, home to the Denver Nuggets, Colorado Avalanche and Colorado Mammoth. As part of the partnership, Ball is working to eradicate plastic cups in this arena – as well as Arsenal’s Emirates Stadium and the LA Rams’ SoFi Stadium (both owned by Kroenke) – by replacing those units with “100% recyclable” aluminium cups.

Taking this a step further, Footprint, the plant-based material science company, acquired the naming rights of the home venue of the NBA’s Phoenix Suns and WNBA franchise Phoenix Mercury, while partnering with La Liga football club Real Mallorca, which is part of the same ownership group.

Footprint is aiming to eradicate single-use plastic in both of the venues by providing fans with plant-based biodegradable food and beverage containers, which, according to Footprint chief marketing officer Susan Koehler, cuts production emissions by around 60% as well as reducing waste.

Koehler tells The Sustainability Report that the decision to move into sports was a “high-level strategic decision”; less about the naming rights opportunity and more about the “ability to transform an arena” and create consumer awareness around sustainable products that are usually sold B2B.

“A lot of companies wanted this naming rights deal; what the owners found fascinating with this approach was the ability to connect all partners for a broader mission,” she adds. “One company can’t accomplish this alone.”

Indeed, the partnership with the Suns, Mercury and Real Mallorca has already opened doors to a “wider ecosystem” for Footprint, which is working on sustainable products with existing partners of the Suns and Mercury, such as supermarket chain Fry’s and Jim Beam, as well as the arena concessionaire, Levy, to phase out single-use plastic and phase in compostable straws, bowls, cutlery and plates.

In Mallorca, Footprint has been able to make connections with the government, local businesses and NGOs to help them achieve some of their sustainability objectives.

“Some of the biggest hotel chains in the world have their headquarters here (Mallorca),” Koehler explains. “It’s amazing to see a quick alignment of vision, purpose and innovation – it’s like the lightning rod for change. Through this strategic partnership, doors are opening up to us in new verticals.

“I feel very positive, confident and encouraged that we’ll be able to do some interesting things by next season with the club.”

Footprint’s move into sport was a whirlwind. After initially floating the idea in May, the partnership was announced in July – and was perceived as a big outlay and risk for a company that isn’t yet listed. However, Koehler explains that its three-fold strategy – changing consumer behaviour and expectations through normalising sustainable products, conducting real-time market research with thousands of fans on a regular basis, and knitting together coalitions of organisations working towards a sustainable future – made sport the perfect industry to get involved with.

“We’re focused on changing the world and creating opportunities for Footprint to be B2C as well as B2B,” Koehler says. “The business strategy has so many layers; we have to get the concessionaires, cities, governments, and companies involved to create a very integrated, sophisticated way to change the world.”

If sports organisations can be the glue to hold these layers together by offering the platform and support to make sustainable brands’ objectives a reality, sustainability-focused partnerships could – and should – be the next lucrative frontier for sports sponsorship.