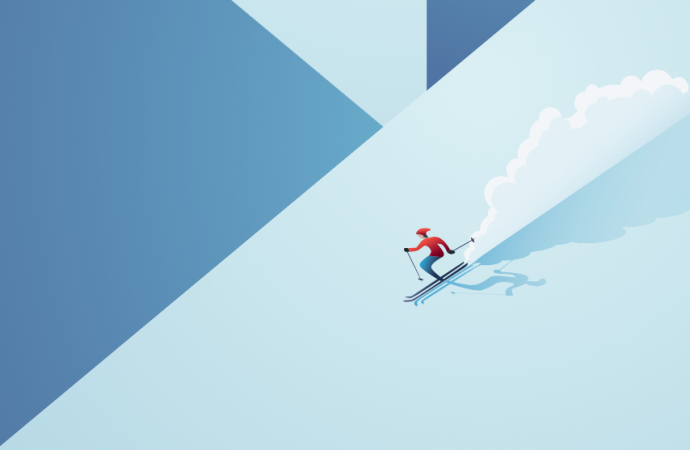 It has been two years since the current president of the FIS (International Skiing Federation) played down climate change while revealing a preference for hosting events in nations ruled by dictators instead of “arguing with environmentalists”.

Gian Franco Kasper argued that his comments had been taken out of context in the immediate aftermath of the February 2019 interview being published in Swiss newspaper Tages Anzeiger. But, on the eve of the Alpine World Ski Championships in Åre, Sweden (which, ironically, had the ambition of being fossil fuel-free), it was not a good look for the organisation or the sport.

Next week’s (4 June) presidential election, in which Kasper will step aside after 23 years at the helm, brings with it an opportunity to wipe the slate clean and a chance for snowsport to take a leadership position when it comes to climate action.

In the subsequent two years following Kasper’s interview, the FIS, organisationally, has made certain commitments in this field. It signed up to the UNFCCC’s Sports for Climate Action Framework, pledging to measure, reduce and offset its carbon emissions. And it also published the second edition of the Mainau Manifesto, which was first established in 1994 to recognise snowsport’s “responsibility towards nature and sustainability” following the UN’s 1992 Conference on Environment and Development.

The 2020 edition of the Mainau Manifesto essentially mirrors the five commitments of the UNFCCC Framework – reduce climate impact, educate for climate action, promote sustainable and responsible consumption, advocate for sustainability through communication, and anchor sustainability in the FIS’s governance.

While most (if not all sport) is being impacted – and will continue to be impacted more severely – by climate change, skiing and other winter sports are particularly susceptible to its consequences.

Using the projections by the IPCC’s (Intergovernmental Panel on Climate Change) Fifth Assessment Report as a guide, Dr. Madeleine Orr, co-founder of the Sport Ecology Group, explored the vulnerability of cross-country skiing (although the impacts also pertain to other winter sports). According to the research, climate change is facilitating warmer winters, increased precipitation, faster snowmelt, flooding, and more frequent low snow years in general.

All four of the presidential candidates – Mats Årjes, Urs Lehmann, Johan Eliasch and Sarah Lewis – have made commitments to sustainability and climate action within their manifestos as they attempt to shape the FIS’s post-Kasper era.

The latter, who represented the FIS for 20 years as secretary general, has included ‘sustainability’ as one of the focuses within her second key pillar, ‘member-centred governance’.

Lewis’ commitments include the appointment of a Sustainability Committee to implement the Mainau Manifesto and to engage Sustainability Ambassadors, putting athletes at the centre of tackling climate change challenges.

Protecting mountain communities where FIS events are staged has also been referenced by Lewis as one of her key sustainability priorities.

“We need to communicate the many proactive and tangible actions that are being taken throughout the winter sports industry to protect the mountain environment and act sustainably,” Lewis tells The Sustainability Report. “Our stakeholders, including our sponsorship partners, want to know that they are working with an organisation that takes this seriously in tangible ways.”

One of the most tangible ways to reduce the negative environmental impact of the FIS is to reduce travel for events which, presumably, accounts for a significant proportion of the organisation’s indirect carbon footprint. According to the FIS website, just over 30,000 competitors compete in around 7,000 events annually with events occurring all over the planet.

Johan Eliasch, the Swedish/British billionaire and chief executive of sports apparel company Head, has made minimising travel one of his manifesto pledges. However, like all three of his rivals, Eliasch will have to juggle growing the sport in non-traditional ski nations while limiting the sport’s impact on the planetary boundaries that sustain its present and future health.

Eliasch’s ambition for FIS to “become a leading voice in the climate change debate” is supported by a CV that includes extensive work in this area. He is the current chair of the UK Government’s Net Zero Review Technology and Innovation Advisory Group, and sits on the International Advisory Board of the Stockholm Resilience Centre.

Previous positions include chair of the Food, Energy and Water Security Programme for the Royal United Services Institute (2010-2016), as well as a place on the Council for Sustainable Business for the UK Government’s Department for Environment, Food and Rural Affairs (2018-2019).

A key sustainability commitment made by Eliasch is the creation of an ESG Committee, which “will review our commitments and environmental concerns” towards reducing the organisation’s carbon footprint.

“You will be aware that I have a passion for furthering the debate, and response to, the issues of climate change,” Eliasch writes in his manifesto document. “In our particular outdoor sporting arena, we are heavily exposed to issues such as weather pattern changes, and erratic snowfall. If elected as your president, I would seek to raise our voice, and influence, in this critical debate and ask that the environment and sustainability be regular agenda items.”

British prime minister, Boris Johnson and John Kerry, US special presidential envoy for climate, have endorsed Eliasch, with both referencing his work in the field of climate change.

Swedish Ski Association president Mats Årjes is competing for the role with a manifesto that includes the policy of “limiting the negative impact on the environment” and to “ensure ski and snowboard’s environmental sustainability”.

The environment has been referenced as a “priority” issue by Årjes. He has pledged to “evaluate” where there are environmental solutions the FIS can action, develop “best practice guidelines” for National Associations, and build on best practice and “lessons learnt” from quarantine.

Årjes’ first year commitment is to “provide easily-applicable and understandable guidelines” for National Associations to “implement best practice environmental sustainability”. By the end of his first term he had promised to “enhance FIS’s position and influence” to take a “global leadership role” in environmental sustainability and in “improving awareness around reducing climate change”.

Under his watch, the Swedish Ski Association has defined its own sustainability policy, including a selection of targets aligned with the UN Sustainable Development Goals. The organisation has also published publicly-accessible sustainability strategies and reports.

In an interview with insidethegames last week, Swiss candidate Urs Lehmann revealed his ambition to deliver a “definitive and comprehensive corporate social responsibility policy that addresses climate change”. He also lambasted the current incumbent for his “not very smart statement” about climate change that has “followed the FIS like a shadow” since.

However, Lehmann’s manifesto doesn’t go into detail beyond the development of that policy.

Whoever takes the reins from Kasper next week will need to make “meaningful, systematic action on climate change” their main priority amid other challenges on the media and business front, according to Mario Molina, executive director of climate activism organisation Protect Our Winters.

Molina commended the FIS for adopting the UNFCCC Sports for Climate Action Framework, but encouraged the organisation’s new leader to “go beyond acknowledging the scientific evidence” to “truly become a credible leader on climate”.

“As a modern, professional organisation whose raison d’être is to foster interest and participation in snow sports, FIS must make climate and sustainability a focus,” Molina told The Sustainability Report.

“As the world watches, FIS has an opportunity to become a real force on global climate action. The future of our sports depends on leadership willing to take clear action on climate change, starting with sustainable events and building climate advocacy, initiatives and action into every aspect of the organisation.”