Is a lack of higher purpose stifling the potential of sports organisations? 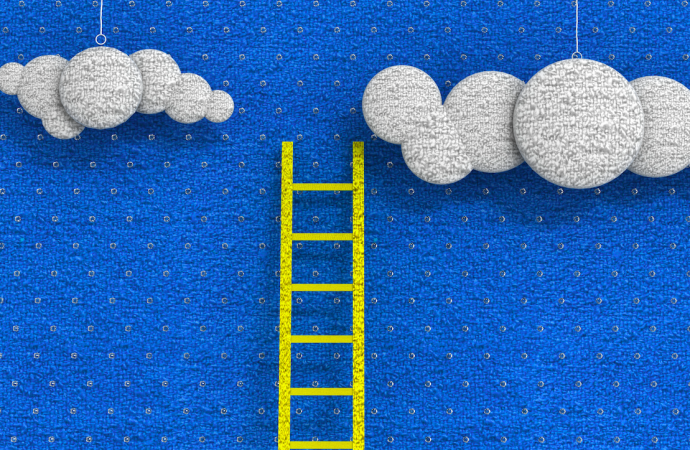 For the past decade, any reference to workplace culture or company purpose would be incomplete without mentioning the work of Simon Sinek, whose 2009 book ‘Start With Why’ shifted the paradigm, encouraging business leaders to park the ‘how’ and ‘what’ until they fully understand why their company exists.

Company purpose has since hit the mainstream, with almost every consumer-facing website leading with ‘mission, vision, values’ statements, and chief executives espousing their company’s higher purpose as their unique selling point.

A CEO Purpose Report published by Brandpie in 2021 suggests that a significant proportion of business leaders are fully signed-up members of the purpose movement. According to the report, chief executives rank company purpose as “the most important factor for driving business growth”, while almost 90% of those surveyed agreed that purpose increases competitive advantage and has helped guide their organisations through uncertain times.

There is much debate about how an articulated purpose can contribute to the success of a company. In a Forbes column written in 2017, Columbia Business School professor Len Sherman noted that some of the modern day’s most successful brands – such as Starbucks, Apple and Lego – were at one point failing companies. Their thread of commonality is that their turnaround was ignited by an inspirational leader with a clearly articulated purpose.

During an unsatisfactory internship with a Canadian football team – that was supposed to be his “dream job” – Evan Gwartz began to wonder whether professional sports teams had the ability to design and articulate a higher purpose beyond winning on the field and generating revenue, and what impact that would have on the industry.

Conscious Capitalism, according to Mackey, is a way of thinking about capitalism and business “that better reflects where we are in the human journey” and the “innate potential of business to make a positive impact on the world”.

Common characteristics of organisations that fall into this bracket include conscious leaders driven by the company’s purpose, and “trusting, authentic, innovative and caring” cultures. While conducting his initial research, Gwartz found that sports organisations’ quest for a higher purpose could be influenced by a couple of factors; the first is external stakeholders’ (fans’) passion and identification for the organisation and, secondly, the propensity of sports leaders to “exhibit dark leadership”, such as commodifying athletes and pressure to win at all costs, as well as the “significant wealth and social status” they hold.

More than anything, though, Gwartz identified the opportunity to “deepen our understanding” of how sports organisations can be transformed for the better by embedding a higher purpose.

“Of all the businesses that have a chance to provide value and create a meaningful connection with its stakeholders, sport should be front and centre,” Gwartz tells The Sustainability Report. “It still baffles me that there aren’t any sports teams in the top 100 companies to work for.”

There are currently few instances of sports entities overtly showcasing a higher purpose beyond their core function. However, Envision Virgin Racing, the Formula E team, refers to itself as a “climate change movement first, sports team second”, and USL Championship club Oakland Roots “seeks to harness the magic of Oakland and the power of sport as a force for social good”, are good examples. And English football team Forest Green Rovers certainly lives up to its moniker of ‘greenest football team in the world’.

To conduct his research, Gwartz approached a professional sports organisation participating in a “prominent North American league” to investigate how its employees espoused the company’s higher purpose alongside what the team was expressing in “organisational artefacts” and public documents.

Thirteen employees, from multiple departments with an average tenure of four years, were interviewed, with their responses grouped into five categories – The Good (purpose statements around improving health, education, communication, and quality of life), The Beautiful (the pursuit of beauty and excellence, the quest for perfection), The True (the search for truth and pursuit of knowledge), The Heroic (the courage to what is right to improve the world), and other non-higher purposes.

Most of the higher purpose statements from employees referred to ‘The Good’, mainly around creating positive entertainment experiences and fostering a sense of community pride, and ‘The Beautiful’, the desire to win championships and be the best.

None of the team’s employees articulated a purpose statement belonging in ‘The Truth’ category, indicating a lack of educational opportunities for staff or innovation in decision-making, while comments made about ‘The Heroic’ aspects of the team revolved around philanthropy – although became clear through the responses that charitable campaigns were mainly devised by the marketing department as a business generation tool.

Interestingly, when employees were asked why the team exists, Gwartz observed nothing coherent about the responses. This was backed up by lack of organisational artefact of company document stating a higher purpose, mission, vision, or core values.

He also noted that there was a “physical divide in the office” between revenue-generating employees and those involved in product, marketing and customer service.

“When you talk about the Conscious Capitalism framework you have to take inventory of everything you’re doing to make sure that it aligns with your values. And if you’re a sports team that values teamwork, but your office is literally divided in half, is that hurting or supporting your values,” Gwartz says.

Evidence is emerging that higher purpose is tied ever-closely to employee engagement. Teresa Amabile’s Harvard Business Review article from 2012, ‘To give your employees meaning, start with mission’, suggests that organisational leaders have to communicate how employees’ work contributes to sources of meaning, illustrating her point with “well-articulated mission statements” drafted by Starbucks and Patagonia.

The former’s reads: “To inspire and nurture the human spirit – one person, one cup and one neighbourhood at a time.”

Patagonia’s mission statement is: “Build the best product, cause no unnecessary harm, use business to inspire and implement solutions to the environmental crisis.”

You could argue that a couple of sentences has no real bearing on a company’s fortunes, but Sherman’s Forbes article demonstrates that Starbuck’s stock price exponentially grew following the return of founder Howard Schultz as chief executive and the implementation of that mission statement.

Indeed, Sherman, Sinek and business leaders like Schultz would argue that the words are just the catalyst for the culture and behaviour developed within a company. A company’s purpose or mission is its North Star and a reference point for every employee.

And PwC data confirms the notion that, if a company gets it right and lives by it genuinely and intentionally, a mission or purpose can be a competitive advantage when it comes to metrics like employee retention.

A key finding from the firm’s ‘Putting Purpose to Work’ report was that organisational leaders need to consistently “reframe” employees work to “give context and bring meaning” to their daily work, otherwise there’s a danger the company will miss out on the “limited, transient pool of top talent”.

“In order to drive this individual connection to purpose, employers must take an empathetic approach to talking about the value of their products and services and how those benefits provided to a customer are a direct result of employees’ day-to-day contributions,” the report states.

Indeed, one of Gwartz’s conclusions was that not only does a lack of unity towards the definition of an organisation’s higher purpose create ambiguity, but the gap in understanding within sport about the importance of a higher purpose could also cause conflict and stakeholder frustration.

“Do employees know why they’re doing what they’re doing?” Gwartz muses. “Is there any direction? Is there a definition of that culture that says ‘this is what we believe’ and ‘this is how we behave’? What’s the rulebook for how to be every single day that will lead us to a higher purpose?”

He also cautions against an “imbalance of business practices towards commercial purposes”, such as making money at the expense of others. The failed European Super League project is a good case study for this. The teams involved – Juventus, Real Madrid, Barcelona, Inter Milan, AC Milan, Manchester United, Manchester City, Arsenal, Liverpool, Chelsea and Tottenham Hotspur – appeared to put profit above everything, and received a significant backlash from almost all key stakeholder groups.

Gwartz’s study suggests that, if a large proportion of sports entities operate in the same way as the observed organisation, it could be losing a lot of potential in terms of talent and the culture, ideas and innovation they bring. But this could be viewed as a starting point for sport to develop a greater understanding of purpose, and to explore how crafting a genuine higher purpose could also improve its ability to engage other important stakeholders, like partners and fans.