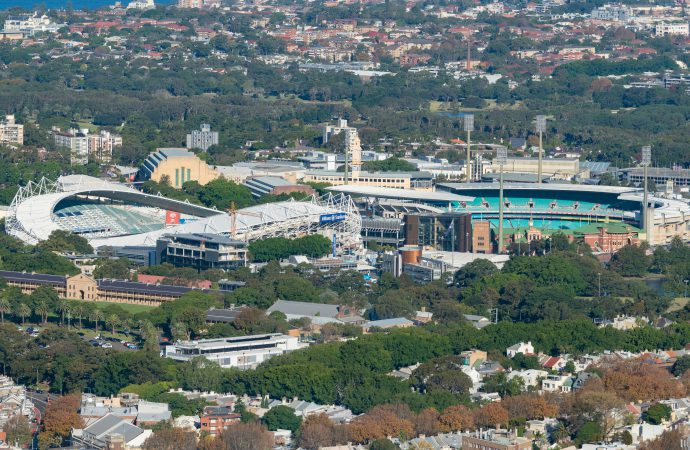 Energy, by far and away, is responsible for the largest proportion of greenhouse gas emissions of any industry. It’s clear that if we’re going to decarbonise to the extent we need to to avoid the very worst consequences of climate change, the energy sector is going to have to pivot quickly and strongly.

A model produced by the LUT University in Lappeenranta, Finland, in 2019 projected that, because of its decrease in cost and relative ease of installation, solar photovoltaics are key to this transition. In a nutshell, the model shows that the quickest way to get to a zero-carbon-emissions energy system is through the ramping up of solar energy.

Indeed, around 100 giant solar panel factories must be built by 2025 for the world to “defossilise” its energy supply by 2035, according to the model, which would supply around 69% of the world’s energy.

Recently-published research by the University of New South Wales, the Australian Photovoltaic Institute and the Australian Conservation Foundation has attempted to demonstrate that sport has a “lead role” to play in this movement.

Analysing the rooftops of Australian Football League (AFL) clubs, national and state soccer federations, and major cricket stadiums, researchers found that the venues could host more than 77,000㎡ of solar panels that would generate more than 20,000 megawatt hours (MWh) of energy per year.

To put that into perspective, that amount of energy could power 2,900 households over the course of 20 years.

While that amount of energy is relatively modest in a global, national or even city context, the project was conceptualised to raise the profile of solar power as a low-cost and convenient alternative to fossil fuels, demonstrating what can be done if it was adopted en masse. And for sport – which is under huge threat from climate change, particularly in nations like Australia – to demonstrate leadership and contribute to the climate action cause through tangible impact.

“The pro sports teams here support quite a lot of the development of sports facilities. They all have big infrastructure plans where they refurbish local clubs, and solar should be part of that conversation,” Mike Roberts, a researcher at the University of New South Wales, tells The Sustainability Report.

“It’s such a good fit with sport because we’re not going to be able to play sport much longer if we don’t do something about climate change. With the forest fires last year you couldn’t walk down the street without coughing your lungs out, let alone run up and down a football pitch for an hour and a half.”

Australia is also getting hotter, with its two hottest summers on record occurring during 2018/19 and 2019/20. It’s not uncommon for the temperature to hit the mid-40s (°C), which is unsafe for athletes and spectators in both pro and recreational sport.

The changing climate also plays havoc with the management and protection of sports facilities. During the 2019/20 bushfires, Kangaroo Island’s Western District Sports Club, where AFL is played, was totally destroyed, while a further 262 community clubs were impacted to the extent that they required financial support from the AFL Community Relief Fund.

Australian Rule Football is the nation’s most watched sport (with an “estimated TV audience” of just under eight million), and while the report describes the AFL’s climate action efforts as “patchy”, with no specific energy or carbon reduction targets, it doesn point out that a handful of clubs – Richmond FC, North Melbourne and St Kilda has integrated “substantial” solar systems in their venues.

But the potential is far greater. The 19 venues analysed could collectively power more than 2,000 residential properties for 20 years if they maximised their rooftop solar potential. The 53,000-capacity Marvel Stadium in Melbourne could power 319 houses alone for two decades with a year’s worth of solar generation.

Sydney Cricket Ground (main image, alongside the Sydney Football Stadium) could power 177 homes for 20 years with a substantial solar array, while in soccer, the Lake Macquarie Regional Football Facility in New South Wales could provide energy for another 75 homes over the same period.

Most significantly in the context of climate change, if all venues combined maximised their solar potential, it would help to avoid 310,000 tonnes of CO2 over 20 years. That is the equivalent of 67,419 cars being taken off the road for one year, or the emissions derived from 34 million gallons of gasoline consumed.

“I absolutely think sport and footy can contribute to the solution for climate change,” says Jordan Roughead, a professional player for Collingwood Football Club. “We’ve got beautiful football ovals and facilities that have the capacity to implement some changes in the way they’re upheld and produce power.

“We’ve got elite-level athletes who, in Australia, are idolised, and there are community heroes and sporting heroes out there who are passionate in this space and can hopefully change the dialogue around climate action and climate change, and start a really positive conversation that can help shift our politicians into a much better space to attack the changes we need to make.”

Emma Pocock, the founder and chief executive of the athlete support organisations FrontRunners, agrees that pro sportspeople can help influence their clubs and wider society to move towards more climate friendly alternatives, such as solar energy.

“There are loads of athletes we’ve been talking to who are really excited about getting their local clubs to do an audit, potentially get solar, and to generate positive climate outcomes as well as reducing high electricity bills,” Pocock tells The Sustainability Report.

The piece of work published by the University of New South Wales, the Australian Photovoltaic Institute and the Australian Conservation Foundation also reveals the positive social and economic aspect of sports clubs installing substantial solar arrays.

According to their research, the clubs analysed could save a combined $3.7m (Australian dollars) annually over the long term. In addition, the installation of the panels could result in “92 job years” and $16m going back into the economy.

Roberts explains that one potential barrier to this vision is the initial cost of installing solar panels, particularly for smaller clubs. But the Australian Photovoltaic Institute is offering 75 free consultations to local clubs and Roberts explains that the combination of the initial cost being reduced and the shortening payback period is making the technology more accessible than ever.

“That’s only going to continue,” he adds.

It’s the recreational clubs that can have the most impact, with a “high-level assessment” finding that community facilities can generate 100,000 MWh each year combined.

The report has the potential to open up the conversation about sport’s potential to drive solar adoption in other nations. A report produced by the World Bank in 2020 investigating the global photovoltaic power potential by country found that Australia was among a number of nations with excellent conditions for solar power.

But other nations with this status include the United States, Brazil, South Africa and Mediterranean regions, where there is a strong sporting culture and a huge number of sports stadiums and facilities that could be transformed, in some way, into solar farms.