“Sustainability is a leading subject for this football club” 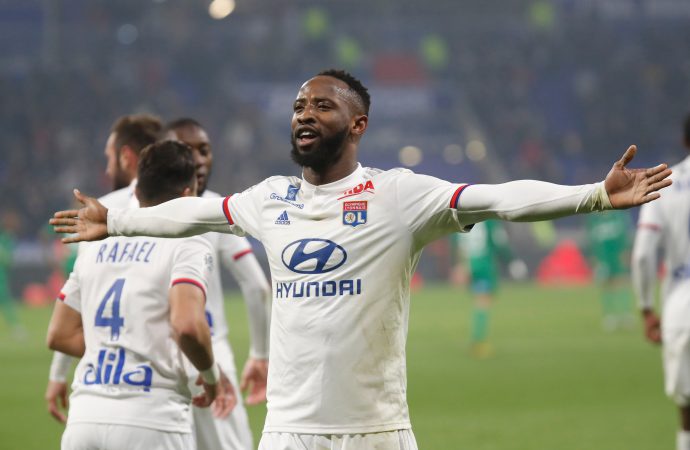 Maëlle Trarieux, CSR director for Olympique Lyonnais, discusses partnerships with Veolia, Fair Play for Planet and Engie that are making the Ligue 1 club a hub of sustainable development

“I hate plastic bags. And I’ve changed my toothbrush so I don’t use a plastic one anymore – it’s made of bamboo.”

Lucy Bronze finishes her sentence with a chuckle as she and five of her former Olympique Lyonnais teammates discuss their views on the environment.

Getting athletes to talk about societal issues beyond the pitch and track is a key strategy for those wanting to leverage sport’s power to foster positive behaviour change. And, last year, the progressive football club in the south-east of France managed to bring six of its most recognisable male and female players – including current Best FIFA Women’s Player and now-Manchester City defender Bronze – to do just that in a promotional video with partner Veolia.

The two organisations have been working with each other for more than a decade, but following the launch of the video they decided to formalise that relationship further, with the water, waste and energy management company becoming Olympique Lyonnais’ ‘Environmental Partner’.

What does that entail? Well, over the two-year programme, Veolia is helping to develop its carbon strategy and reduce greenhouse gas emissions from its operations. And it is “deploying an ambitious programme” around resource conservation, ecodesign, reuse, and recycling.

“The title of ‘Environmental Partner’ allows us to work together and communicate together, and we meet every month to discuss all aspects that we want to improve regarding environmental issues around the club,” Maëlle Trarieux, CSR director of Olympique Lyonnais, tells The Sustainability Report.

“We are raising all the issues, explaining the constraints, opportunities, ambitions, and we’re trying to find solutions with Veolia’s expert team. Their core business is to deal with the environment, and so they’re helping us.”

And while Veolia’s strengths lie in the operational side of things, many of the projects the pair are working on have been designed to generate interest and increase the profile of sustainable behaviours.

A training top made from recycled materials located in the Rhône-Alpes region of France was produced last year, while players on both the men’s and women’s team received individual water bottles to replace single-use plastic bottles.

The project developed to create water bars inside the stadium for fans to reduce single-use plastic further is yet to come to fruition as spectators remain away from venues. Trarieux explains that the water bar concept is one of a number of sustainability activations the partners are working on, and explains that creating positive social and environmental impact is now a key conversation with partners.

“We always present our CSR strategy to partners; we want their strategy to match with ours,” she says. “I think most of the partners we have discussions with talk about this, which wasn’t the case when I started five years ago.

“Now we are working with Coca-Cola on the subject of waste management, in which we are trying to collect the empty bottles. We are talking about food and beverages with Sodexo, to think about how we can provide local food to fans. We are working with our printing company to discuss the type of paper we are ordering. It’s a leading subject inside the club.”

Indeed, Olympique Lyonnais became the first professional football club to commence the Fair Play for Planet labelling process in February. The label, devised by former professional rugby player Julien Pierre, is based on the results of an environmental audit carried out by the French Agency for Ecological Transition (ADEME).

The club will find out this month what level of certification it receives, and will have to carry out audits every two years to keep the label.

“This is very useful for us as it will give us tangible areas to improve,” Trarieux adds. “We will have an external actor reviewing what we are already doing, and it was important for us to confront ourselves with this third-party scrutiny.”

And the club’s parent company, OL Groupe, is perhaps embarking on its most ambitious sustainability partnership yet alongside electric utility multinational, Engie, solar energy firm Reservoir Sun, and Jo-Wilfried Tsonga’s All in Academy tennis centre.

The group will establish the OL Vallée project (image above), described as the “solarisation of an entire local ecosystem”.

During the first stage of the partnership, four projects will take place: Olympique Lyonnais’ Groupama Stadium car park will be installed with solar shades and charging stations for electric vehicles; photovoltaic panels will be added to the roof of the Groupama OL training centre; a solar roof will be contracted for the All in Academy, located to the south of the stadium; and a new multisports arena being planned for the site will be developed with solar panels.

A “solar self-consumption” system that will be installed in the training ground will supply power to other venues on the site, including the 60,000-capacity Groupama Stadium.

All the solar devices for the first stage of the project will have a capacity of around 10 MW – enough to cover part of the needs of the stadium, the new arena and around 2,500 houses, saving 164 tonnes of carbon emissions per year.

At the unveiling of the project, Jean-Michel Aulus, president of Olympique Lyonnais, said the motivation was for the club to “set an example in renewable energy and sustainable development”, and Trarieux says it’s focused on two things: reducing the club’s impact on the local energy grid, and promoting renewable energy.

“For more than five years the stadium has been using only green energy, but if we produce it ourselves we can offer the energy we don’t need to houses, industries, and companies of any kind around our stadium,” she explains. “We have so much empty space on our private site and we want to use it for the right objectives.”

Trarieux adds: “The conclusion is we can’t do this alone – we are just a football club. We have great male and female players and an audience, but we need partners to align with on sustainability. Working with Veolia and Engie makes it more efficient for us, and helps them to go further.”