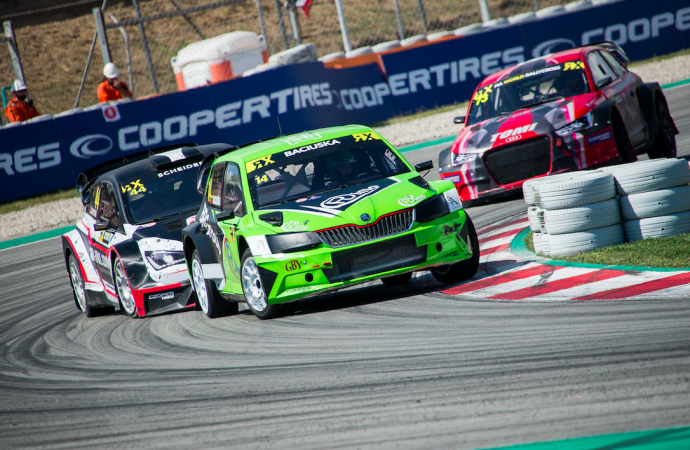 Companies adopting sustainability practices within their organisation can, in general terms, be grouped under two broad umbrellas: those who see it as a necessity to survival and a licence to operate (for example, firms in the oil and gas industry) and those who see it as a strategic way to increase value and differentiate (such as consumer brands, for instance).

The FIA (or the Federation Internationale de l’Automobile to give the federation its full name) has a foot in both camps.

Last year, the organisation published its 10-year Environmental Strategy (2020-2030) that demonstrates the ultimate ambition to be net zero emissions by the end of that period. Furthermore, its vision is to “lead the climate fight through sustainable practices, innovation and technology” while “leading members and championships” to achieve their “own versions of sustainability”.

The Environmental Strategy was three years in the making, with the Sustainability Commission headed up by former Mexican president Calderon taking stock of existing environmental programmes in the two years from 2017 before the organisation got its strategic thinking cap on.

“We came to the conclusion that we either had to step up or step out,” Silva tells The Sustainability Report. “Then, in 2019, we decided to sign the UNFCCC Sports for Climate Action Framework and that was the start of the shift.”

From then on, sustainability became a key part of FIA strategy. A piece of work was conducted to investigate the federation’s environmental impact, other sports federations were used as a benchmark, and its wider network (including its 243 global members) was consulted.

But then, another shift happened. While the FIA recognised that it had a duty to address its carbon emissions and other environmental impacts to give it a licence to operate, the organisation realised it could go further and leverage its traditional strengths in the fields of innovation and technology to accelerate sustainable development and provide value beyond its immediate ecosystem.

“Focusing on technology and innovation was a no brainer,” Silva adds, “because that’s the best way for us to have a positive impact.”

It’s important to remember that the FIA, under the leadership of Todt and together with Alejandro Agag, introduced the world’s first all-electric racing series in the shape of Formula E in 2014 – a year before the Paris Climate Agreement was formalised. In the same year, F1 introduced the hybrid power unit to its cars.

And while the former was conceived to accelerate the adoption of electric cars, the majority of the FIA’s championships rely on the combustion engine in the same way that most car-owners still operate petrol vehicles.

So towards the end of 2019, the FIA established a project to develop a “100% sustainable fuel” that could be used initially by F1 cars, and then rolled out to the organisation’s other championships – potentially even accelerating adoption across the mass market to bridge the gap until mainstream electric car adoption.

According to Simone Perego, the FIA’s project officer and Manufacturer’s Commission coordinator, “carbon neutral fuel” is a better definition than “sustainable” as “no fossil fuels are used” in its creation.

“All of the prime materials come from renewable sources,” he explains. “So you have a base that comes from second generation biofuel. It is not meant for animal or human consumption, which effectively yields no net carbon footprint.”

The idea, says Perego, is that if a 100% carbon neutral fuel can be developed for F1 – the FIA’s most high-profile property with “very specific technologies for its combustion process” – then that fuel can work elsewhere.

Although the fuel is currently more expensive than traditional fuels, the FIA is currently plotting a roadmap to wider adoption so that the price reduces. It’s European Truck Championship is moving to “100% sustainable diesel” in 2021, while the World Rally Championship cars will run on hybrid technology in 2022.

“I don’t think developing sustainable fuels negates the development of renewables,” Perego adds. “We’re adopting hydrogen and electric, but wherever we have competitions that maintain internal combustion engines, we need to make sure they run on 100% sustainable fuel as soon as possible.”

Silva believes that the sustainable technology can be adopted elsewhere in wider society, and explains that the FIA is positioning itself as an enabler and accelerator of low-carbon innovation. Indeed, the fuel that has been developed is actually a byproduct distilled from biodiesel that can be used for powering other vehicles like trucks or aeroplanes.

However, the actual vehicles only account for around 1% of the total carbon impact of the FIA’s championships. And while the carbon neutral fuel is a promising development for wider society and fantastic for the FIA from a perception point of view, Silva explains that much of the work that needs to be done revolves around reducing emissions related to travel and freight.

By 2030, the FIA wants to reduce its carbon footprint by 50%, and has lined up with science-based targets to make sure it’s on track with every year that goes past. Science-based targets are, in short, a “clearly-defined path” towards greenhouse gas emission reductions in line with the Paris Agreement.

And while adopting those targets are “difficult” to achieve, Silva explains that displaying that level of leadership – and staying on track – makes an organisation “virtually bulletproof”.

“We want to walk the talk, and that means recognising our impact and doing something about it,” she explains. “It’s not about purchasing cheap carbon credits – you have to reduce your carbon impact and take responsibility for your actions.”

To coincide with the launch of the Environmental Strategy and alignment with science-based targets, the FIA produced a video with all F1 drivers – including vocal climate advocate Lewis Hamilton – to showcase the commitments.

“The video was really well-received,” Silva explains. “Content like this helps us shift the perception of our fans as well. Our influence and reach is really important.

“The first step, of course, is to provide concrete actions and take responsibility for what we do to be credible. We cannot promote something we don’t actually implement. But the second step is to go out there and ensure that everyone understands the message.”