Could sport be the ideal vehicle for impact investing? 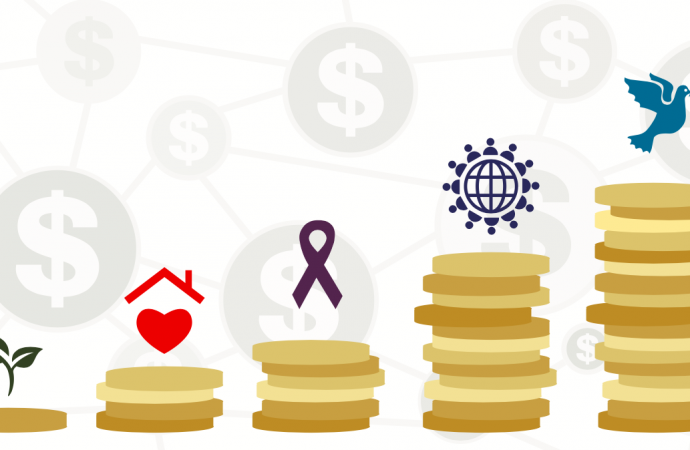 The Equity League, Oklahoma City Thunder Launchpad and CoSpo are attempting to drive positive impact and economic returns by encouraging sports entities to back social entrepreneurs

In the days after Jacob Blake, a 29-year-old African American man, was shot seven times in the back by a white police officer in Kenosha, Wisconsin, Mark Murphy, the president and chief executive of the Green Bay Packers, called on all NFL teams to throw their collective weight behind the growing movement against social injustice in the US.

Although Blake didn’t suffer the same fate as George Floyd and Breonna Taylor (who both died at the hands of police officers in the preceding months), the incident partially paralysed him, changing his life forever.

And while police brutality has brought social and racial injustice in America to the centre of the world’s consciousness over the past year, the landscape of widespread inequality in the nation can be demonstrated by a whole host of metrics beyond extreme violence.

For instance, did you know that of the start-ups receiving Venture Capital funding in the US, only 1% have Black founders? And that only 3% of professionals employed within Venture Capital investment funds are Black or LatinX, despite making up almost 40% of the population?

Murphy recognised that non-white founders and entrepreneurs were not benefitting from the same opportunities as their white counterparts, and decided that one of his responses to the unfolding injustice was to make that gap smaller.

So he decided to bring together Wisconsin’s most popular sports franchises – the Green Bay Packers, the Milwaukee Bucks, and the Milwaukee Brewers – alongside Microsoft and early-stage start-up fund and venture studio TitletownTech (which itself is a joint venture between the Green Bay Packers and Microsoft) to create the Equity League – a “connected capital network” designed to invest in founders of colour overseeing start-ups that tackle social and environmental problems.

“This was the first time from a corporate standpoint that these entities have come together for a common cause,” Cordero Barkley, TitletownTech’s director of finance and investments, tells The Sustainability Report. “It was important for them to show that cohesion – that ability to convene on something that’s bigger than sports – and give entrepreneurs of colour solving social justice issues the chance to be able to get in front of those resources.”

The Equity League was established in December 2020, with the first set of investments and proof of concept grants expected to be made before the end of Q1 2021. Although each of the entities in the network can make their own investment decisions, The Equity League has identified certain areas where it sees investment making an impact.

But Barkley is quick to stress that this is not a “philanthropic endeavour” on the part of the teams.

“The Equity League will look at the founder and if the group believes they have the ability to scale the business. Are they doing something meaningful that’s going to create change and change behaviour? It’s looking for disruptive technology,” he adds. “Importantly, is there an opportunity for them to come in and obtain a respectable piece of the market? At the end of the day, The Equity League will be judged on its returns as well as impact.”

The impact investing space is an exciting place to be; according to the Global Impact Investing Network (GIIN), the size of the impact investing funds market is $715bn compared with $114bn in 2017, revealing to some extent that solving the world’s social and environmental problems is becoming a lucrative endeavour.

In its 2020 survey, GIIN found that while the main motivation for investing in impact-focused start-ups was ‘mission-’ or ‘purpose- oriented’, a large percentage (70%) agreed that impact investments are “financially attractive relative to other investment opportunities”.

Although the prime motivation of the Packers, Bucks and Brewers may be geared more towards the former, Barkley is confident that the franchises see this as an opportunity to diversify their revenue streams.

Every investment is explored through the lens of a “double bottom line analysis” of impact and return, he explains.

“Some of the businesses may not grow into $150m companies, but they could be $30 or $40m companies. If The Equity League can be early investors, there are ways to help them grow faster and potentially create an economic return.

“One of the statements The Equity League wants to make is: impact investing doesn’t have to be philanthropic. It’s ok to have positive economic windfalls from investing in the impact space and solving real problems through tech. From the founding partners’ standpoint, they absolutely expect economic returns, while focusing on how much of an impact this business is having in the community.”

Sports teams moving into the impacting investment space in the US is becoming more common, but in some cases the motivations are slightly different.

Oklahoma City Thunder, the NBA franchise, partnered with the StitchCrew accelerator in 2018 to give marginalised entrepreneurs (women and people of colour, in the main) more access to networks and capital.

Instead of providing finance in exchange for equity, the Thunder offers free space from its venue to companies as well as mentorship opportunities without asking the entrepreneur to give away any of their business.

Since being established three years ago, the Oklahoma City Thunder Launchpad has supported 61 start-ups over six cohorts. The seventh cohort will begin later this month.

The Thunder, says Erika Lucas, co-founder and chief executive of StitchCrew, is the perfect partner for up-and-coming entrepreneurs because of the organisation’s own resilience demonstrated by its ability to make an NBA franchise work in a market that isn’t traditionally geared towards basketball.

“People questioned whether they could make it in a market like ours,” she says. “They’re invested in the area and want to continue to prove that you can be in a small market and still drive fan and community engagement.

“The second thing is that, even though we are capitalists, we have to recognise that capitalism is not working for everyone. We don’t want to do away with capitalism, but we want to build a more inclusive capitalism that works for more people. It’s very important for the Thunder to drive that because it’s a value reflective of the team.”

Lucas – who gave a TEDx Talk in 2019 titled ‘America’s Trillion Dollar Blindspot’ focusing on the conscious and unconscious bias experienced by female and non-white entrepreneurs – concurs with Barkley’s concern that entrepreneurs who are not male and white are sidelined because the investors (“the people who write the cheques”) are often male and white themselves.

She explains that “less than 10%” of women in Venture Capital firms have decision-making ability. This nosedives to around 2% when it comes to people of colour.

Former Sportvision executive Craig Jonas sees impact investing as a major growth area in the finance world – particularly amid global challenges like Covid-19, climate change, and social and racial injustice – and perceives professional sports as a potential key player in its acceleration.

He established CoPeace in 2018, an impact investment holding company and certified B Corp, to allow investors to grow their wealth while helping others in a more sustainable way than ad-hoc philanthropy. Last year, the company established its CoSpo arm designed to help athletes, coaches and sports organisations invest their money in funds with social and environmental benefits as well as sustained economic returns.

“We think that applying the principles of impact investing to the world of sport offers a tremendous opportunity,” he tells The Sustainability Report. “Sport has a responsibility to make the world a better place because it has such an impact on society.”

Jonas was an investor in Warren Buffet’s Berkshire Hathaway group – what he describes as the “Woodstock of capitalism” – and realised that while he loved its famous model of investing in undervalued but robust companies with high growth potential, he didn’t always necessarily love the companies it was investing in.

In contrast, CoPeace evaluates “the full inclusive bottom line” of investment opportunities that includes social and environmental impact of the organisation.

So far, the wider company has made investments in a start-up that brings power and cloud storage to communities that don’t have access to the grid, as well as another newly-established organisation that transforms hazardous waste into energy.

CoSpo has its sights set on fledgling companies in the apparel space (who are upcycling or producing sustainably-sourced athletic gear), and those tackling the negative environmental footprint of sports facilities.

Of the latter, CoSpo has already invested in Unchartered Power, a sustainable infrastructure organisation that has LA Lakers legend Magic Johnson on its board.

“Bringing that kind of impact to sport and sports-related brands in a way that is very tangible is something we’re looking forward to having under our belt in less than a year,” Jonas says. “We see this progressing really quickly. We know the leagues, we know the international sports scene, and it seems there’s an appetite for what we’re trying to do.”