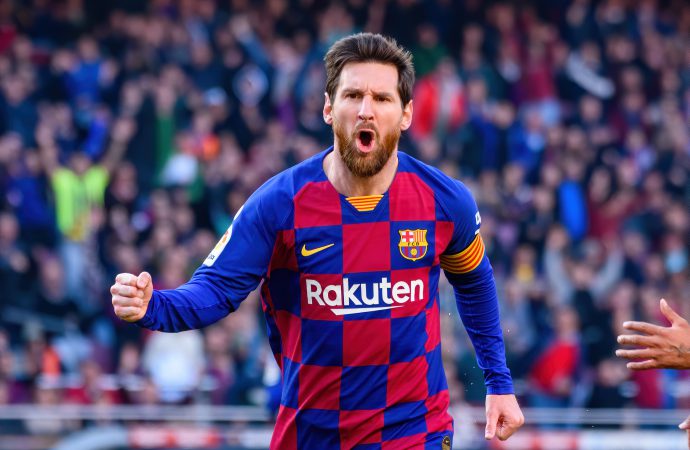 Spain’s premier male football league supports Real Madrid, FC Barcelona and the rest of its teams with guidance that put sustainability at the centre of business strategy

You won’t be able to find a huge number of sports organisations more culturally significant than Real Madrid and FC Barcelona. Quite simply, they transcend football in many ways. Both clubs are institutions representing much more than on-pitch success – although they have enjoyed that in abundance – to the people who follow them.

Between them, the fierce rivals have won La Liga (Spain’s premier male football competition) 60 times since 1929, with the teams around them wrestling the trophy from their collective grasp only a handful of times over the past few decades.

When they make a statement about something, people listen. The stereotypes may be outdated, but traditionally the giants from the capital represent Spanish nationalism, while the ‘Blaugrana’ in many ways is the symbol of Catalan separatism.

While their differences may be many and significant, La Liga president Javier Tebas is hoping that both will see eye to eye on environmental protection and good governance. Indeed, the league’s ambition is for all of its teams to make sustainability a core part of their operations.

The clubs, Tebas said during the unveiling of Real Betis’ Forever Green programme, have to “show what they are doing for the environment and society”.

While all 20 clubs are autonomous entities, the league has developed two supporting documents to help them comply with new European Union non-financial and diversity requirements in the shape of a ‘Sustainable Clubs Guide’ and an introduction to non-financial reporting.

From the 2021/22 season, the number of La Liga clubs that will need to publish non-financial reports will be 11 at least, with the law impacting companies that employ at least 250.

However, according to David Baixauli, the league’s head of corporate social responsibility, the EU directive may not be the only incentive for La Liga clubs to become more serious about sustainability. He suggests that, in the future, submitting non-financial reports may be “a registration requirement for clubs in order to participate in the competition”.

“We recommend that the preparation of these reports should not be born from compliance, but from conviction,” Baixauli tells The Sustainability Report. “Knowing what information should be published helps us provide guidance to clubs about how to approach CSR strategically.

“This helps them to identify the degree of action required for good governance, what environmental trends can be implemented, and how to promote the ecological transition.”

Around five clubs are expected to publish non-financial reports in 2020/21, a year before the requirement comes into full force. Together with the General Council of Economists, La Liga drafted the ‘Guide for drawing up sustainability reports in professional football’ to make sure other clubs make the leap in a well-informed manner.

The guide is a comprehensive set of principles that assist with the development of strategy as well as the creation of reports. It goes into detail on the UN Sustainable Development Goals and GRI (Global Reporting Initiative) Standards that are the reference point for valid and credible sustainability reports.

Salvador Marín, president of the European Federation of Accountants and Auditors for SMEs and representative for the General Council of Economists in Spain, says that an expectation from the public is encouraging big organisations in Spain to be transparent about their social and environmental impacts. This is also true of the nation’s football clubs, which have strong cultural significance.

Establishing a working group featuring La Liga representatives, including Baixauli, and practitioners and academics from the General Council was the “first step” to creating the guide, Marín says.

“Our plan was to create a guide that is easy to understand and easy to follow,” he adds. “We see this as a good opportunity to disseminate good sustainability practices to high-profile SMEs and hopefully see a trickle down.”

Baixauli agrees that the guide was designed to be “extremely simple and practical” but, at the same time, “rigorous with its content”.

“The first and most important milestone was that La Liga decided to publish its first non-financial information and diversity report in September 2019, giving it the same treatment as annual financial accounts,” Baixauli adds.

“It was strategically important to show the clubs the benefits of preparing a non-financial report. Having to respond to the multiple indicators in each of the sustainability dimensions allowed us to monitor our sustainability strategy, helping us identify what opportunities and actions we could implement to improve our action plan. In short, it allowed us to show the clubs how each of them, just like La Liga, could implement a CSR programme, how to improve it, and how information about it could be disseminated.”

The ‘Sustainable Clubs Guide’ is more of a focus on the all-round sustainability picture at football clubs. It breaks sustainability down into three elements: good governance, environment, and people.

“Sustainability,” the guide states, “is a strategic move by an organisation that is proactive and long-term. It is a formal commitment, subject to control and formal mechanisms. And sustainability is based on creating shared value, but dealing with the impact of the activity on the environment.”

Those three dimensions of sustainability are broken down into several sub-headings. Good governance is about safety, facilities, integrity, anti-violence, privacy, transparency, and financial control. On the environmental side, the guide focuses on emissions, waste, water, and sustainable construction. And for people, it looks at attracting and retaining talent, equality and diversity, responsible procurement, accessibility, anti-discrimination, and community.

As well as honing in on the priority areas of work, the guide breaks actions down into ‘basic’ and ‘advanced’ level standards. When it comes to emissions, for example, the basic standard is centred on the creation of an environment-specific job role within the club, the development of an environmental management policy, and the creation of a less impactful travel strategy.

To progress to the advanced level, clubs are expected to measure their carbon footprint (direct and indirect), raise awareness with external stakeholders, establish sustainable staff mobility plans, and optimise the logistics chain.

Baixauli explains that the guide has been two years in the making.

“This document includes general and sporting legislative principles, together with best practices, as well as a self-diagnosis tool, which by means of a 100-question questionnaire allows clubs to identify their level of sustainability and the improvements that can be made in each of the performance areas.”

Real Betis has shone a spotlight on La Liga because of its growing commitment to sustainability. Last year, the Seville-based club became the first sporting signatory to The Climate Pledge, which encourages organisations to achieve the goals of the Paris Agreement – climate neutrality – 10 years early in 2040.

The club is already a signatory to the UNFCCC’s Climate Neutral Now programme and has started high-profile advocacy work through its Forever Green platform, which encourages partner organisations to share environmental best practice.

Other clubs in La Liga have sustainability projects, but Baixauli hopes that the publication of the two guides will take this work to a more integrated level.

“This can help clubs discover that they are real change-makers when it comes to sustainability,” he says. “The clubs carry out a lot of sustainability initiatives, but thanks to this legislation clubs have been able to learn how to discover new strategic and orderly approaches for their sustainability plans.”