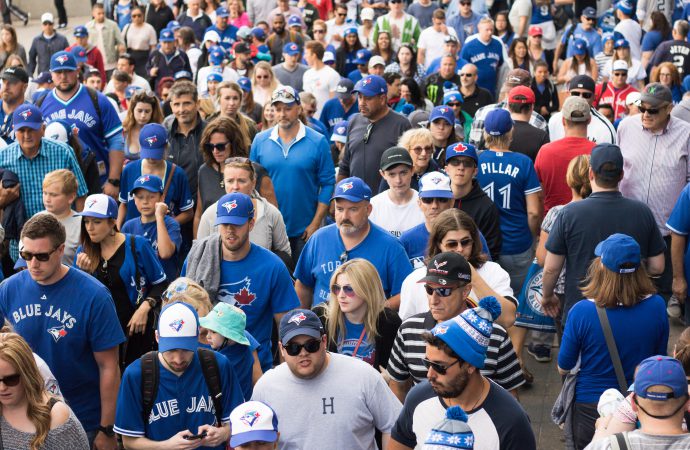 “I’ve started to follow the Seattle Kraken,” says Kristen Fulmer. “I’m not a Seattle sports fan. I’m not even from Seattle, I don’t live there. But now I have an interest in them.”

This, according to Fulmer (the founder of New York-based sustainability agency Recipric), is a growing trend in sports fan behaviour – people following sports teams and leagues for their values and actions away from the field of play as much as (if not more) than what happens on it.

Fulmer’s affinity with the National Hockey League’s latest franchise is down to the strong sustainability message that has been integrated as a core part of its brand. Its venue is called The Climate Pledge Arena, drawing attention to the global movement established by Amazon encouraging businesses to achieve climate neutrality by 2040 – 10 years ahead of the Paris Climate Agreement objective.

If you go to The Climate Pledge Arena’s website, it unambiguously states that its aim is to be the “most progressive, responsible and sustainable arena in the world”, with concrete commitments around carbon neutrality, no single-use plastics and zero waste.

It’s clear to see why people would be increasingly attracted by that message. A Pew Research study from 2020 found that 60% of Americans perceive climate change as a major threat, up from 44% a decade ago. The public is also more supportive of policy action related to climate change, illustrating to some extent that the consequences of environmental degradation are in the minds of a significant proportion of those living in the US.

While it stands to reason that these people (particularly sports fans) would naturally gravitate to a sports team that is attempting to provide solutions to the concerns they have, the whole ‘fans will follow teams who share their values’ has been largely anecdotal up to this point.

Research is emerging to back this up, and Fulmer has teamed up with social audience intelligence platform Zoomph to find data that tells a story about changing fan preferences and alligences related to the environment and sustainability.

Earlier this month, they published their ‘Sustainability in Sports’ report that explores which rights-holders (teams, leagues) have “environmental, impact-driven audiences”. In other words, which teams appear to have an affinity with sports fans who care about the environment.

The technology works like this: using Zoomph’s 342 million anonymised profiles within its platform, Fulmer created an audience segment of “environmental sustainability champions” based on social media behaviour and self-disclosed data. For example, profiles that had ‘sustainability’, ‘sustainable’ and ‘climate’ in their bios were added to this segment. Once this audience was created within the platform, it was overlaid on top of a general sports audience to see which teams attract the higher proportion of environmentally-conscious fans.

“Once you’ve done that, you’re able to cross-reference against other metrics, such as the sports leagues that user group follows, or the brands they engage with,” Fulmer explains. “This is how we can understand patterns and trends. Zoomph has pre-built-out platforms and monitoring tools to understand which leagues or teams they follow, looking at the biggest sports leagues in the US. We can quickly capture this data to see who comes out on top and, interestingly, who comes out at the bottom.”

When comparing the different leagues, there is quite a spread geographically of environmentally-conscious fans. Although Californian teams make up the top two places in the NBA (LA Lakers and Golden State Warriors), the Chicago Blackhawks, New England Patriots, Miami Marlins, Portland Thorns, and Seattle Storm top the respective NHL, NFL, MLB, NWSL, and WNBA leagues respectively.

The number of profiles analysed was “in the high millions”, Fulmer says, and she stresses that results were based on percentages rather than raw numbers where more popular teams and franchises would have enjoyed an unfair advantage.

In other parts of the analysis, the LA Lakers came out on top several times, “living up to the stereotype” of people from Los Angeles living a healthy and sustainable lifestyle. This included the highest proportion of followers who were defined as ‘outdoorsy’ and ‘nature lovers’, and they also had the highest proportion of fans who follow high-profile climate activists Greta Thunberg, Al Gore and Maggie Gyllenhaal.

“Greta is not based in the US, but I think if you follow her there’s an extremely high likelihood that is all that needs to be said about your affinity towards sustainability,” Fulmer adds. “It’s almost the purest way to capture it, although it may be heavily skewed to a younger demographic. Al Gore is a bit more institutional and may attract a different age group.”

The Lakers also came out top when it comes to followers who identify as vegan or vegetarian. This was followed by the New England Patriots, Toronto Blue Jays, Golden State Warriors, Boston Red Sox, and New York Yankees. This information, Fulmer says, is perhaps the most interesting from a sports team perspective, particularly when trying to engage new fans.

“This one is so interesting because it’s a trendy topic and increasingly important. It’s about climate action and animal protection as well as health and wellbeing,” she says. “If I were the Lakers I would be looking into finding a plant-based company as a partner and adding some vendors in our arena. Another opportunity is to get athletes to promote these products to tap into a large user group of people who are vegan that don’t follow the team yet.

“There is so much potential for all sports teams to attract vegans and vegetarians, and that would drive ticket sales. For those (teams) who thought this was too small a group to accommodate, we’ve got some data to tell the story and show those trends now.”

Fulmer also hopes Zoomph’s growing profile within the sports business will help teams recognise these trends and give them the confidence to create partnerships with sustainable brands with the intention of creating offers that appeal to this growing segment of fans.

“Hopefully this is a really great way for the green sports industry to show evidence of why we do what we do,” says Fulmer. “But we need to continue to get more stats and data to throw behind it.”