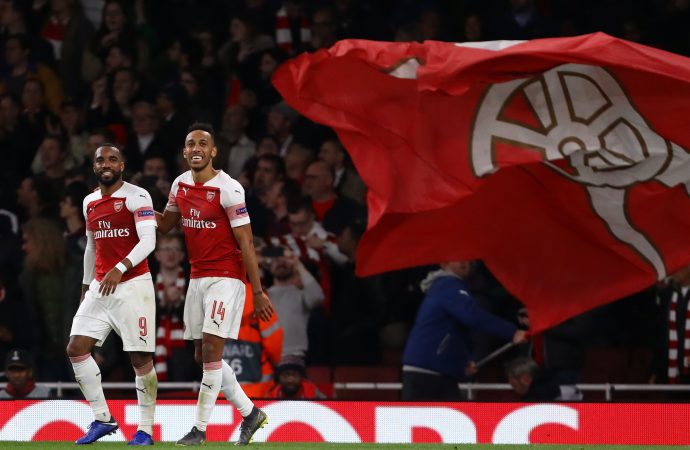 At the turn of the century, Arsenal Football Club was (alongside Manchester United) the cream of English football. In the 2003/04 season, under the tutelage of revolutionary French coach, Arsene Wenger, the team went unbeaten throughout a whole season to win the Premier League title. It was the last time the team did so.

Despite a few false dawns over the subsequent years, the club has yet to achieve that kind of status again, and there’s a sense among sections of Arsenal supporters that the team is unlikely to reach the pinnacle again anytime soon.

In recent decades, traditional giants such as Manchester United and Liverpool have surpassed Arsenal in terms of titles won, as well as emerging powers like Chelsea and Manchester City.

The 14-time FA Cup winner has taken its efforts a step further by signing the UNFCCC’s Sports for Climate Action Framework – pledging to measure, reduce and offset its carbon emissions while advocating for climate action among its stakeholders.

Hywel Sloman, Arsenal’s operations director, said the club wanted to “lead the way” among Premier League clubs and “inspire our global communities” and “push each other towards a more sustainable future”.

It also appears that Arsenal has identified sustainability as a competitive advantage and a way to differentiate itself in a crowded pack of household name teams across the globe.

Brand-building has been the name of the game since US billionaire Stan Kroenke acquired the club outright in 2018. Kroenke, who originally purchased 67% of the club in 2007, has made no bones about the fact that getting the business part right is as important as what happens on the pitch.

Talking at an MIT Sloan Sports Analytic Conference in 2016, Kroenke said that extending Arsenal’s brand was one of his principal objectives.

“We have a gentleman who comes to Arsenal games, he flies his helicopter from South Africa, Cape Town to London quite often,” Kroenke is quoted by The Evening Standard. “It’s just an example of what a brand can mean, and what we can do in sports.

“We’re all working on that and that’s a big opportunity. Michael Jordan showed it – you can get paid a whole lot more if you can extend your brand. Manchester United showed it. They established benchmarks that people had thought heretofore unattainable, but their brand extension made people want to pay for it.”

Shortly after Sport Positive’s EPL Sustainability Table was published, a BBC Sport survey asked football fans if they were concerned about their club’s impact on the environment. The vast majority (83%) said “yes” and, as consumer attitudes are changing, so are those of sports fans.

In London, Arsenal’s immediate catchment area, 82% of local people are concerned about climate change, according to a London Councils 2020 survey. Almost two-thirds (57%) of Londoners say their concern about climate change has increased over the last year, while 52% feel their day-to-day life is being impacted by the changing climate.

This concern about environmental problems appears to be increasing worldwide – an important trend for a club that has millions of fans globally, and that is keen to extend that reach.

“We started with sustainability quite a while ago and it’s now becoming a lot more built into what we do,” Michael Lloyd, the club’s deputy facilities manager, said at the Sport Positive Summit in October. “We’re really now looking at upping our input and starting to take sustainability out of the background and bringing it more to the forefront of what we actually do.”

He added: “We’re far from the finished article, but the good thing is technology is changing, people’s habits are changing. Being more environmentally aware is becoming more ingrained.”

It’s fair to say that Arsenal has been focused to some degree on sustainability for some time; in 2016, the club partnered with energy company Octopus to power its whole estate with 100% renewable energy. It installed an energy storage unit within its Emirate Stadium and planted close to 30,000 trees at its London Colney training centre. One of sport’s poster boys for sustainability, Héctor Bellerín, can be seen galloping down the wing of The Emirates Stadium pitch every other Saturday, and encouraging climate action on his days off.

Wider than Arsenal, Kroenke Sports & Entertainment – the company that owns the club, as well as a number of high-profile sports properties in the US – seems to have identified sustainability as a method of engaging with fans and making recycling a part of the fan experience.

The company has partnered with packaging giant Ball to launch a recyclable aluminium cup in each of its venues (The Emirate Stadium, The SoFi Stadium in LA, and the newly-christened Ball Arena in Denver, Colorado) with the ambition of ‘gamifying’ the recycling experience, by encouraging fans to put units in the correct bins to vote for their player of the match, for example.

But this particular commitment to the UNFCCC framework is focused around carbon emissions and advancing climate action. It’s a difficult balancing act for a club whose main sponsor, Emirates, is a prominent name in the aviation industry – one of the largest sources of carbon emissions.

However, one of the principles of the framework is to advocate for climate action, and if Arsenal can engage its commercial sponsors as well as fans, that would be an achievement. Operationally, the club appears to be in a good place. According to Lloyd, the partnership with Octopus has had “a really nice big impact on our carbon emissions”.

That, he said, was just the start.

“Now it’s a question of ‘where do you go next?’ It’s about getting a strategy that the board can actually get behind and put some money behind to invest in projects that will hopefully take us towards (carbon) neutrality, whenever that may be.”