As cities face biodiversity challenges, sport can be a solution 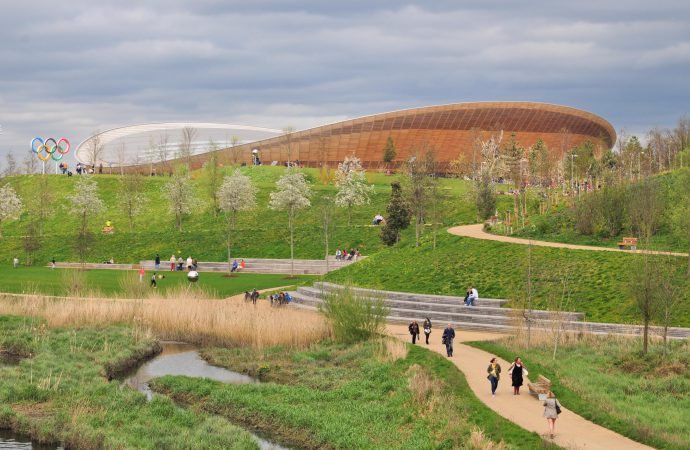 Adapting a framework devised by the San Francisco Estuary Institute, the IUCN has developed a practical roadmap for sports organisations to support urban nature

What is it about cities that is so appealing? Despite the lack of space, congestion, traffic and pollution, many of our urban centres are symbols of opportunity, success, history, and community.

People flock to cities for economic reasons; to find jobs, to start businesses, to give their children a better chance of succeeding. Climate change and war are also displacing a record number of people global, many of whom end up in large metropolitan areas.

The challenges being faced by cities are immense, and are likely to get worse over the next decade. The Covid-19 pandemic has exposed frailties within the urban system. While those with enough money and a job able to be done from home have had the opportunity to escape coronavirus epicentres, the highest mortality rates have come from cities, generally speaking.

Studies reveal that symptoms of the virus have been exacerbated by air pollution, which is more common in urban areas, and the close proximity of people.

Aside from the pandemic, city planners are fearful of what the ongoing climate crisis has in store for their citizens and infrastructure, while the mushrooming populations are forcing development, which is threatening species of plants and animals.

Indeed, cultivating urban biodiversity has been highlighted by the San Francisco Estuary Institute (SFEI) as a key strategy in tackling many of these challenges. Within its 2019 report, Making Nature’s City: A Science-Based Framework for Building Urban Biodiversity, stressed that protecting biodiversity is “central” to global conservation and human wellbeing.

Through its partnership with the International Olympic Committee, in which it publishes guides around sport and biodiversity, the International Union for Conservation of Nature (or IUCN) has adapted the seven elements of the SFEI’s framework to demonstrate how sport can help promote urban biodiversity through event planning and venue development.

A large proportion of the world’s sporting events take place in cities, and as urban populations grow, sports that are more accessible within a city setting are likely to become more popular. In 2019, the GAISF World Urban Games in Budapest showcased a number of sports – such as BMX freestyle, roller freestyle, parkour, breakdancing, 3×3 basketball, and flying disc – that are capturing the imagination of young city dwellers.

Sports and urban biodiversity: A framework for achieving mutual benefits for nature and sports in cities by the IUCN provides a roadmap for positive environmental consequences.

“Sports federations and venue owners and operators have a special opportunity to improve and expand elements to support biodiversity,” says the report. “Many diverse types of green spaces in cities are developed and maintained for sports events, and thus, sports, venue owners and operators, and cities can work together as stewards of urban nature.

“While one sport venue alone can have a small impact on local biodiversity, the combined efforts of many actors can create city-wide beneficial effects.”

The first opportunity outlined in the report is for venue owners and operators to consider how new sports facilities will impact the ‘patch size’ (i.e. the size of green space and biodiversity it can support) in the area primed for development.

Developing a stadium or arena with “biodiversity-supporting features” close to existing green spaces can “enhance the effective patch size” or both the existing and new space. Adding a new facility in a derelict urban area where no green space existed and “create a new hub of biodiversity” such as the Queen Elizabeth Park in London, that was constructed for the 2012 Olympic and Paralympic Games, will have “compounding benefits”, according to the IUCN.

One of the “most important features” for preserving urban biodiversity is ‘connectivity’, which “facilitates the movement of plants or animals across the landscape”. Examples of this include green streets, greenways, riparian corridors, and wildlife crossing.

Urban endurance sports like cycling or road races, for example, can accelerate the development of green infrastructure, if sports organisations can work with cities, landowners and local conservation groups to make that happen.

At Le Golf National in Paris, which hosted the 2018 Ryder Cup golf tournament, corridors and habitat patches were dotted along the course to allow movement for the 350 species discovered within the outdoor venue.

Diverse, smaller habitats, known as ‘matrix quality’, is the third pillar of the framework, and offers sports that occur on grassy playing fields a chance to improve urban biodiversity. Opting for grass rather than artificial turf, reducing mowing frequency around the periphery of the field of play, and cutting back on chemical use can allow bees and butterflies to thrive while “reducing pest problems and maintenance costs”.

As many species need access to “multiple types of habitat”, diversity of urban habitats is important. Golf courses, for example, tend to provide a mix featuring “grassy, wooded and water features”. Other types of venues, such as training facilities, can earmark space to accommodate water features or shrub habitats.

Cultivating native vegetation is the fifth pillar of the framework. As well as contributing to biodiversity gain, planting native vegetation also helps organisations to mitigate risk; during periods of wet weather, for example, native plants are able to absorb amounts of rainwater typical for the region and time of year, reducing the risk of flooding.

Native plants have been highlighted as a way for sports events, teams and venues to engage with local fans. Local species can be adopted as mascots, and sports federations could host educational campaigns to “emphasise the importance of planting native species”.

Camden Yards, the home venue for Major League Baseball team Baltimore Orioles, has installed the Orioles Garden, which has 30 species of perennial native plants that attract animal species, such as the oriole bird. Orioles Garden has also adopted the seventh principle of the framework, management, by reducing chemical inputs and run-off.

In between the fifth and seventh principle is number six, special resources. Special resources could include streams, ponds, large trees, lakes, and wetlands, that represent “unique habitat features”.

According to the IUCN report, sports like rowing, swimming, canoeing and sailing hosted in urban waterways can “serve as focal points for improving water and habitat quality through the removal of invasive species and restoration” of rivers, lakes and other water habitats. One of the major sustainability objectives of the 2024 Paris Olympic and Paralympic Games is the restoration of the River Seine and the cultivation of biodiversity around its banks.

Aside from the practical aspects outlined in the seven principles of the framework, the IUCN states that sport has a more intangible power to support biodiversity conservation. The most obvious is by reconnecting people with nature through activities such as hiking, climbing, trail-running and kayaking. Major sports events can also shine a “spotlight on sites of natural wonder”, while athletes have the ability to highlight specific threats that concern them, such as basketball star Yao Ming (illegal wildlife trade), tennis player Nick Kyrgios (Australian wildfires), and Olympic sailing gold medallist Hannah Mills (ocean plastic).

However it gets involved, sport has been quite clearly identified as a “powerful partner for conservation action” in urban areas and beyond.

“Whether it’s the NFL restoring degraded coral reefs off the coast of Key Biscayne, the FIVB retrieving and upcycling ghost fishing nets to use at urban tournaments, the 2020 Miami Super Bowl Host Committee supporting the eradication of invasive species in urban protected areas such as the Florida Everglades, or an amateur lawn tennis club in Leicester donating balls to create makeshift nests for flood-stricken urban harvest mice, sports institutions across the world increasingly recognise the benefits of a clean local environment and are prepared to play a part in protecting it.”