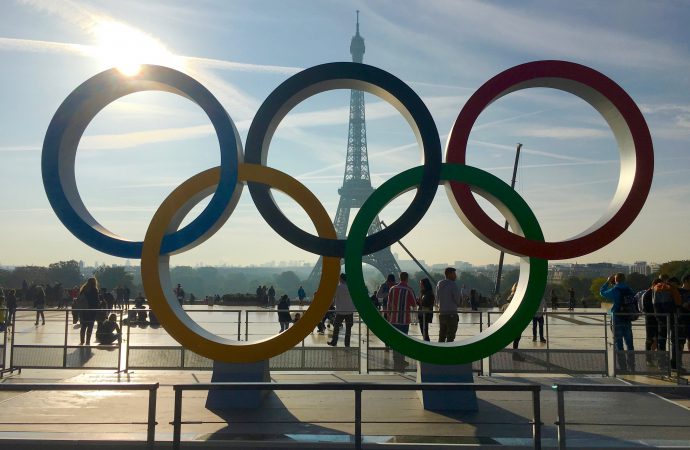 Georgina Grenon, Paris 2024’s director of environmental excellence, discusses the Games’ “three pillars” of sustainable innovation, and explains why carbon is being budgeted like finance

There has been some debate in France, since the start of the coronavirus pandemic, about the merits of planning and hosting an Olympic Games in 2024 as the nation’s economy struggles amid the continuing public health crisis.

According to a Financial Times report earlier this month, France has been among the worst hit financially of the European nations, with a sharp 19% decrease in GDP over the first half of the year. But while Paris 2024 organisers have acknowledged the need to cost-cut in line with the current context, the overriding message has been clear: the “core DNA” of the Games will remain untouched.

Tony Estanguet, the Paris 2024 president, stressed that the pandemic has in fact “opened a new window” in terms of the Games reinforcing its social and environmental legacy during an interview with Inside the Games in May.

Indeed, Paris 2024 aims to be ‘revolutionary, spectacular and sustainable’, presenting to the world a new way of organising events. Stated ambitions have been bold; 95% of all venues used for the Games will be existing or temporary. All venues will run on 100% renewable electricity. And 25% of the supplier contracts for the permanent constructions will be awarded to social businesses.

But this is just the tip of the iceberg. Sustainability – environmental and social – will run through the Games in almost every aspect. To achieve this requires creativity, ingenuity and, above all, innovation.

The first one, she tells The Sustainability Report, revolves around “technological innovation”.

“From the very beginning we’ve said that we need to be very ambitious for these Games to be the greenest ever,” she says. “But, when we compared the reality of the market with our ambitions, we realised that some of the solutions that we need either don’t exist yet, or they exist but not at the scale we need.”

To seek out these innovations, Paris 2024 has worked closely with several stakeholders, including sponsors and the French state with first results starting to emerge. For example, in collaboration with the French ‘Investments for the Future’ Programme, a call for projects was launched for local businesses and entrepreneurs in the eco-friendly and green technology space, helping them scale products and services. Those will then help reduce the environmental impact of the event.

“Methodological innovation” is the second pillar, says Grenon (below), adding: “It’s not just what we do, but we need ingenuity in how we do it.”

Paris 2024 has defined a sustainable procurement strategy that “goes beyond” what was used for previous editions of the Games. Instead of establishing a general procurement strategy and incorporating an “addendum” around sustainability, the entire purchasing system for the Games will be built around the integration of environmental and social aspects throughout the purchasing process and for all types of purchasing, including IT.

Of course, calculating the carbon emissions of the products and services acquired will play a big part in the sustainable procurement strategy’s criteria. And, with achieving carbon neutrality being such a key objective of the Paris 2024 Games, Grenon has opted for another “methodological innovation” to reduce these emissions in the form of a “carbon budget”.

“For organisations to reduce their carbon footprint it has to become part of their everyday decision-making,” Grenon explains. “Until you take it seriously, nothing’s going to happen.”

She adds: “Companies and organisations are starting to offset their carbon, and while it’s better than nothing, at Paris 2024 we believe avoiding and reducing first is a must. Being serious about respecting the Paris Agreement target means we must treat carbon as a limited resource, and do our collective best to avoid and reduce emissions as much as possible”

While the committee’s accountants are responsible for financial accounting, Grenon oversees the carbon accounting, which invites Paris 2024 management to ask the question, “What is the carbon impact of this?”, for every major decision taken.

The process is well illustrated by Paris 2024’s decision to host its surfing competition in Tahiti over a French coastal city.

“We came to the conclusion that, contrary to what the initial suspicion was, Tahiti was not posing a bigger carbon footprint for several reasons, including the fact that there would be fewer people attending the event. Later, our initial assessment was confirmed by an external audit”

The third pillar of innovation articulated by Grenon is “social innovation”. One of the key objectives of the Paris 2024 legacy strategy is to create a positive social and economic impact for people living throughout France.

One of the areas it plans to fulfil this is through an inclusive and accessible sourcing, notably for “social businesses” – a concept promoted by Professor Muhammad Yunus, the 2006 Nobel Peace Prize winner and father of microcredit.

A social business, as defined by Professor Yunus, is neither a for-profit enterprise or a nonprofit. It’s purpose is to build its business model around a product or service that benefits humanity, and that also allows it to be self-sustaining financially, without the aid of grants or donations.

Paris 2024, SOLIDEO and the Paris City Council have joined forces with the Yunus Centre, the resource centre for social business in France, and the not-for-profit organisation Les Canaux – through the ESS2024 platform – to identify appropriate social businesses to work with, and helping those who are going after contracts apply for tenders, either on their own or in partnership with bigger groups. For Grenon, a vocal advocate of social sustainability and innovation, working with Professor Yunus is like “playing football with Messi or the guitar with Brian May”.

On another level, Paris 2024 has launched a call for projects to support sports movements and local organisations in association with the French Sports Agency, the French Olympic Committee and the French Paralympic Committee, offering the grant funding for national, regional and local projects that promote sport for health and wellbeing, sport for educational success and civic engagement, sport as a tool for social inclusion, and sport for sustainable development.

“Led by our Legacy team, Paris 2024 will be awarding the projects a label, called Impact 2024,” Grenon explains. “In addition, some funding will be awarded which, during these times, can improve the situation for these organisations. It’s a good way of oxygenating the system, and finding some news ideas.”