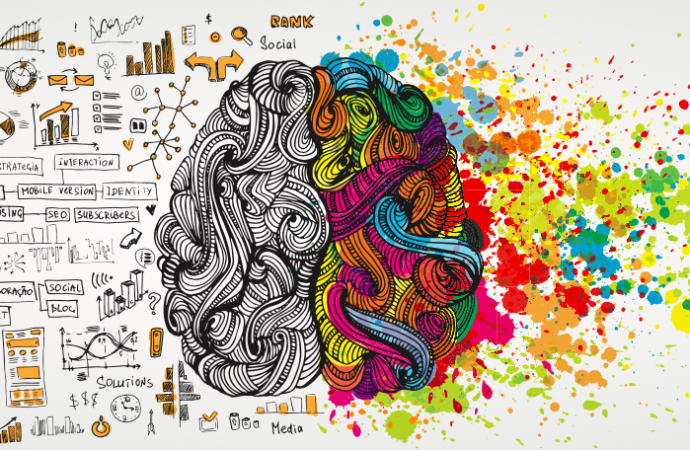 From sport for development to administration and fan engagement, researcher Greg Joachim is trying to discover how empathy and visualisation can improve the sports we love for the people involved – and not involved – in them

Wicked problems. The term was first coined by design theorists Horst Rittel and Melvin Webber in the 1970s to define problems that “lack clarity in both their aims and solutions”. Ten characteristics were formulated by the pair to better illustrate what a ‘wicked problem’ is. But, essentially, a wicked problem is a problem that is very complex to solve and, in some instances, unique.

The sports industry has a bunch of them. In the last week alone, the wildfires rampaging across the west coast of America has posed the US sports industry a wicked problem of existential proportions, i.e. what can be done about climate change to make sure those sports still exist in their current form a few years down the track.

Another example of a wicked problem is trying to find a way to safely allow spectators back into venues during an unprecedented global pandemic. But there are other examples of problems of this type that aren’t so grave.

For example, addressing the habits and preferences of younger fans – or ‘fluid fans’ as dubbed by Sports Innovation Lab – that are more drawn by athletes than teams, and who expect exciting experiences layered on top of the actual sport in exchange for their money and attention.

In order to solve these wicked problems, we have to move beyond our traditional methods of thinking as organisations and as individuals. We must drop linear, analytical thinking in favour of design thinking.

According to the Interaction Design Foundation, design thinking can be defined as a “human-centred, iterative process that designers use to tackle problems”. It has also been described as a “user-centred method for generating innovation in a non-design context”.

Discovering the needs of people is the most important aspect, with ‘empathy’ very much the watchword. Finding solutions to wicked problems must come from the genuine desire to help people.

Jeanne Liedtka, professor at the University of Virginia Darden School of Business and co-author of The Designing for Growth Field Book, breaks the design thinking process down into four main steps or “a systematic series of questions”.

The first question, ‘what is?’, explores what the current reality is. It attempts to discover previously unarticulated needs through “solid and deep insights” into what a company’s stakeholders want. It’s purpose is to discover what a great solution would look like without coming up with a concrete solution yet.

‘What if?’, the second question, focuses on what the possibilities are. It begins the concept development phase and is followed by ‘what wows?’, in which those concepts are treated as hypotheses and are evaluated against a set of criteria. The concepts that align closest to meeting a consumer’s needs and the company’s competences will be tested quickly and cheaply with consumers during the final ‘what works?’ stage.

More broadly, Liedtka explains that the design thinking process needs to meet four key criteria: it has to be human-centric, possibility-driven, option-focused and iterative.

Greg Joachim, of the University of Technology Sydney, adopted a similar framework when exploring whether design thinking could be applied to the sport for development sector and, more specifically, finding solutions to the wicked problems it was facing, such as lack of money, human resources and time.

In his study, ‘Design thinking and sport for development: enhancing organizational innovation’, Joachim use a five indicator framework – (1) deeper user understanding, (2) diversity of perspectives, (3) testing for user feedback, (4) futuristic thinking, and (5) bias towards action – developed by Lisa Carlgren, Ingo Rauth, and Maria Elmquist in 2016, to see if design thinking could be used as a cost-effective problem solving tool in the sport for development sector.

Once Joachim decided on the framework, he analysed 80 journal articles about sport for development projects, and figures that 14 had links to all five themes. All they had to do in this instance was to engage purposefully in the idea of design thinking and harness the work they were doing in a human-centric way.

Although the very essence of sport for development is centred on human wellbeing – education, social inclusion, gender equality, for example – Joachim explains that because sport for development organisations and NGOs that oversee these projects are so reliant on grant money – and fulfilling certain requirements for that grant money – they often focus on the “mission” or “vision” of the project instead of the people they’re trying to help.

For example, if a sport for development project is built on getting people active and, as a result, more fit and healthy, the strategy would traditionally focus on ways to get them moving. Design thinking, however, would place the emphasis on why they are not moving already. Do they see no value in it? Are they afraid of injury? Or are there cultural barriers to overcome? Once the problem has been explored to the full extent a solution could then start to be developed.

Joachim was so encouraged by his findings that he then decided to take a design thinking approach to professional sport, specifically the Sydney Sixers, a cricket team that plays in Australia’s Big Bash League.

Through collecting data, observing and conducting interviews with staff throughout the team’s annual planning cycle (November 2018 to April 2019), Joachin discovered that they were having trouble implementing new ideas for two main reasons: they lacked the opportunity to reflect and during meetings notes were rarely taken.

So Joachim introduced the concept of a ‘Lightning  Decision Jam’. A Lightning Decision Jam is a meeting that focuses on one specific topic, and is based in an individual brainstorming technique and a voting system in which people come up with ideas that are voted up or down by colleagues. During the session, the best decisions are plotted on a value matrix that takes into account the effort needed to take the idea on, and the value it would create for the organisations and its stakeholders.

“The Lightning Decision Jam gave them just what they were missing,” Joachim tells The Sustainability Report, “which were actionable items that were prioritised. It restored reflection into their practice. And in the post interviews it became clear that they liked the process. They saw how it fit. They understood it.”

During the first Lightning Decision Jam, the group of Sydney Sixers employees tasked themselves with brainstorming ways that they could work better with their colleagues and with Cricket New South Wales, the body that oversees cricket in that region of Australia.

Through that process, the Sixers team discovered three high-impact, low-effort processes (the sweet spot) to make those working relationships healthier and more collaborative: prioritise work based on impact, have regular brainstorming sessions, and better diary management.

The successful first session brought Joachim to the conclusion that design thinking activities can be “usefully employed” in sports management practice and, indeed, the Sixers began to use a variation of the Lightning Decision Jam during their post-season planning period to prepare for the upcoming cricket season.

Two of those sessions placed the focus on creating a better gameday experience for both the women’s team matches and the men’s team matches which, according to Joachim, are vastly different and can be categorised as two distinct products.

Joachim explains that the men’s matches are generally advertised as entertainment products. The Big Bash League, as a code of cricket, is in a similar mold to the Indian Premier League and England’s T20 competition, which is a shorter, faster version of cricket that places the emphasis on big hits. As such, men’s matches are often marketed as an opportunity to have a night out with friends and family rather than just watch a game of cricket.

Conversely, the women’s team attracts a smaller but loyal following of fans – both male and female – who are “more invested” in what happens on the pitch. This differing culture surrounding the teams has also been exacerbated by the fact that, in terms of results, the Sydney Sixers women’s team are one of the most successful and are widely recognised in cricketing circles for playing the game “the right way”, while the men’s team has experienced a fraction of that success.

The local state body for rugby union has now enlisted Joachim to help the organisation use design thinking to improve its sport for development programmes, and that’s an road he wants to continue down – to leverage design thinking to make sport more accessible for everyone, particularly women and girls.

“When I was 10 my parents signed me up for Little League practice and it quickly became apparent that the other kids had been playing since they were four, and had already passed me,” he explains. “There was no place for me and it was not a good feeling.

“I see the parallels for women in sport. Many sports codes were built for men – the prevailing attitude in terms of what the sport is for, and how it is going to be delivered, consumed and presented. We can use design thinking to really find out what women and girls want to get out of sport. It might not be what we think, so we need to go and ask them.”