An immersive world of football, culture and social impact 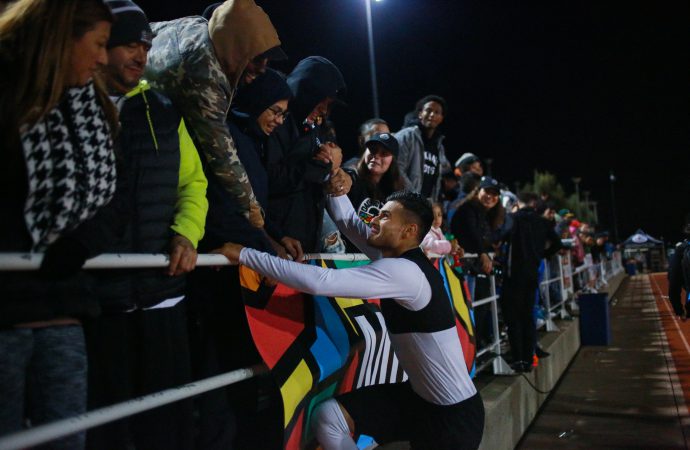 Oakland Roots Sports Club may be just over one year old, but its unique take on sport’s business model has already captured the imagination. We talk with co-founders Edreece Arghandiwal and Mike Geddes

For many purists, the battle for the soul of European football has been underway for a long time. While almost all of the clubs on the continent were originally built to bring their communities together, many top teams now operate like large corporations in their structure and objectives. And as the financial gap between Europe’s elite and its smaller clubs widens, competition in many leagues has dwindled.

The current state of play was encapsulated perfectly towards the conclusion of the 2019/20 UEFA Champions League when a team owned by a sovereign wealth fund (Paris Saint-Germain) took on a club effectively being used as a marketing tool for a soft drinks company (Red Bull Leipzig) for a place in the final.

And while it could be argued that the beautiful game in Europe is morphing into a model more familiar in the US – where financial returns are generally held in higher regard than results on the pitch or impact in the community – across the pond in California a newly-established club, with a unique set of values and a passionate and innovative team of co-founders, is flipping the script by demonstrating that fostering community spirit is the business model of the future for football.

Formally established in 2018, Oakland Roots Sports Club entered the third tier of professional football (or soccer) in the US with one major goal: “to harness the magic of Oakland and the beautiful game of soccer to be a force for social change.”

It’s an ambitious goal but, so far, the team has achieved that in spades. During its first season, the club sold out pretty much every home match, with 5,000 people per game taking in the action at the team’s Laney College venue in the heart of the city.

But far from the results on the pitch (Oakland Roots has only won a single league match in eight attempts), the spectators are drawn by a sense of community and what the team stands for. It has been vocal and unashamed in its stance on racial and social injustice. Oakland Roots is also the only current professional football team in the US to sign up to the Common Goal project, in which it donates 1% of its player and staff wages, as well as ticket revenues, towards sport and social good projects.

It’s a world that Mike Geddes, the team’s co-founder and chief purpose officer, knows well after working on a social legacy campaign with an NGO in Lesotho linked to the 2010 FIFA World Cup in South Africa.

“We built a soccer field to see if it could unite a community,” he tells The Sustainability Report. “I became really interested in the deep hardware and software work but, like to many people in the charitable sector, I became frustrated because no one has any money.

“On the one hand you have this exponentially growing wealth in football, but alongside that you have these transformative organisations saving lives that can’t afford to keep the lights on. I moved to the US because I was interested in different models of how you could connect the growth of the game to social impact, rather than rely on an odd bit of philanthropy.”

Once in the US, Geddes and his family naturally gravitated towards Oakland because of its history, spirit and diversity. In his quest to create a social enterprise at the intersection of football, business and social impact, he met his fellow co-founders who’d also identified a gap in Oakland’s sports market. Combined with the progressive nature of the Bay Area city they believed they found a winning formula.

The sensibilities of Oakland are absolutely crucial to the team’s success, says Geddes. After Stockton (also in California), Oakland is the most racially diverse city in the US. It’s the birthplace of the Black Panther movement, which fought fiercely for civil rights and equality. And Oakland is also a city that has been “burned” by sports franchises in the past. The Golden State Warriors of the NBA upped sticks to San Francisco after almost four decades playing in the city. Oakland’s NFL team, the Raiders, recently made the high-profile move to Las Vegas.

“You can’t bullshit people here,” says Geddes. “They’ve seen it all before and will run you out of town. It’s a sports-crazy population that has been burned by the old model of sports business. They’re very proud and focused on social justice issues, and we just felt that this was the right place to try it.”

He adds: “We didn’t want to come in and say ‘this is what’s gonna happen’. We talked to the people already running soccer programmes. We listened to people and asked them what they wanted from this team, and what they saw as the challenges. We had a town hall event around four years ago and asked them, ‘if there was a soccer team in Oakland, what would it have to include?’”

According to Geddes’ co-founder and chief marketing officer, Edreece Arghandiwal, the founders became “anthropologists” for two-and-a-half years in an effort to discern exactly what the local community would want and need from a football club. This process informed the club’s name, its distinctive and colourful crest – indeed, its whole identity.

Out of that conversation, Arghandiwal oversaw the creation of an immersive universe that allows local people to be in touch with the club, even if football isn’t their thing. Matthew Wolff, the graphic designer behind that legendary Nigeria kit, was brought on as a co-founder to develop the club’s aesthetic vision. Alfonso Bui, formerly of the MLS, was also invited to be a co-founder and the club’s director of media.

Arghandiwal describes Wolff and Bui as the “oddballs” of their professions, and encouraged them to come aboard to express their creativity with no limitations. The results, so far, have been incredible. Oakland Roots merchandise is among the most distinctive in sport thanks to the team’s partnership with local fashion social enterprise, Oaklandish. Sales have exceeded expectations, with many people purchasing hats, sweaters and even shoes having no conception that the items are linked to a football team to begin with.

“We have one lens – Oakland first, and always,” Arghandiwal explains. “If the idea doesn’t go back to Oakland, we scrap it. Having people in domains who can push the vision and make things happen is how it went from a thought in my head – around diversity, art and culture – to something that lives out in the world. We have talented people who believe in that vision.”

Arghandiwal’s approach to developing a team like this and crafting this vision speaks to his own unique talent. The son of an Afghan immigrant, who fled to Oakland during the war with the Soviets, Arghandiwal is acutely aware of how special the city is, and how to connect with people by building an authentic brand they can relate to.

During the team’s first season in the National Independent Soccer League, the 100-or-so tickets that were kept aside for sale on gameday caused stampedes. While the football is 90 minutes of entertainment, many of the revellers come for the block party feel – the music, the art, the food – that is incorporated into every game day.

“My staff hates it when I talk about Disneyland, but Disneyland is the epitome of what human experience should be,” he says. “Everything, from touch, smell and feel, is what Disney considers, and I challenge our team to think about that on a game-by-game basis. In a world that’s full of experiences we need to differentiate.”

He adds: “Oakland is known as the sister of San Francisco. I want to change that. I want people to walk in and see the art and culture. I want them to interact with the athletes, musicians and local organisations. We showcase local art installations and figures. We have a literacy for children programme. Once, we had everyone in the stadium write a poem about their roots, and we strung those poems together to create the longest poem ever made by people in a stadium, which is housed at the Yerba Buena Center for the Arts.”

Arghandiwal believes that, with the club’s alternative approach to sports business, it could become the “biggest club in the world”. And it’s this bullishiness, he believes, that helped the Oakland Roots secure “20-plus investors with a net-worth of $1.3bn” and convince them that this is the way sport’s future is going.

For Geddes, it’s not about becoming the biggest team in the world, or even the US. In fact, although winning games and being financially sustainable is among the Roots’ priorities, they fall way behind its commitment to the community. His view is steadfast: “Sport has to be part of the effort to build a more equitable society.”

But can this model of society first, results and financials second, become mainstream in professional sport?

“I hope so,” Geddes says. “We want to be a successful model that people look at, but the further up you go the more traditional the model is because the entities exist for a very small ownership group and they’re the ones pulling the strings. There’s a tension between what the community wants and the owners want.

“I hope that by creating a model that is so clearly more beneficial in the long-term, that we can be the first of a new wave of organisations.”