Can sport play a vital role in the adoption of clean hydrogen? 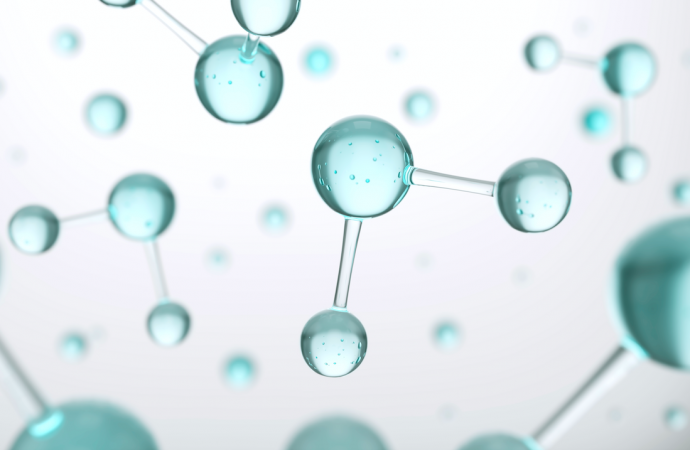 “Hydrogen is the vital missing piece of the puzzle to help us reach this deeper decarbonisation,” said Kadri Simson, the European Union’s energy commission, during the launch of the European Commission’s hydrogen strategy earlier this month.

The mass adoption of the gas has been identified as one of the key methods of weaning industrial sectors and transport manufacturers away from fossil fuels and putting us on the road to reaching the objectives of the Paris Climate Agreement.

During the strategy’s unveiling, the trading bloc suggested that clean hydrogen (hydrogen derived from renewable energy) could meet a quarter of the world’s energy demands.

Indeed, hydrogen has become one of the cornerstones of the European Green Deal alongside renewable electrification and circular economy principles. The European Green Deal has three broad targets: no net greenhouse gas emissions by 2050, economic growth decoupled for resource use, and no person or place being left behind.

It’s a concept that is being widely explored. One month before the European Commission strategy was revealed, the German government signed off a €9bn plan to build hydrogen production facilities. In the last week, British prime minister Boris Johnson has announced that £350m had been set aside to fund green hydrogen.

Japan, China, South Korea, Australia, Norway and the Netherlands also have national hydrogen strategies, and have begun investing heavily in new technologies to bring those visions to light.

But while it’s clear that clean hydrogen could hold the keys to a low-carbon economy in the future, it’s unlikely to be a silver bullet, with a number of major issues to iron out before adoption can become totally mainstream.

Secondly, when it comes to mobility, hydrogen power (fuel cell) is at a distinct disadvantage against battery-powered electric vehicles, which don’t need new infrastructure in the same way. In California, where the state is offering attractive subsidies to people adopting hydrogen fuel cell vehicles, there are only just over 40 public fuelling stations, according to an article in The Washington Post. As such, there are only around 8,000 or so early adopters.

Coupling this with the success of companies like Tesla, which focus on battery powered electric vehicles, has resulted in a lack of consumer awareness around hydrogen as a fuel source.

Can the global reach of sport help to increase this awareness? That’s what AFC Energy, a fuel cell solutions provider, is hoping for after partnering with Extreme E, the fledgling car racing series devised by Formula E founder Alejando Agag.

The premise of the partnership is simple: Extreme E is an off-road racing series that will take place in remote parts of the world that offer no infrastructure for refuelling the electric SUVs that are competing. AFC Energy is producing a “bespoke” fuel cell system that provides off-grid power that is generated through renewable energy, allowing Extreme E to rule out fossil fuel-powered generators and enhance its association with sustainable innovation.

Adam Bond, the chief executive of AFC Energy, is confident that the partnership with Extreme E can help position the stationary system the company has created as an alternative or replacement for stationary diesel generators, that are being phased out to comply with new environmental regulations.

“Anywhere we see a diesel engine, that’s a possible market,” Bond tells The Sustainability Report. “To take that to its next logical step, 18 months ago we took a decision to explore the EV market. There’s evidence that the number of EVs hitting the road will highlight constraints within the grid. If you want to ultra-rapid charge electric vehicles, the amount of power you need is about equal to about 500 UK homes over the same period.

“You can quickly see that local grids are under pressure and so we decided to configure our system not only as a stationary diesel generator, without the diesel, but also as an off-grid, rapid EV charger that allows consumers to charge their vehicle at the rate they choose.”

That piece of innovation caught the attention of Extreme E, which was looking for an innovative, sustainable way to charge its electric SUVs. Since January, the pair have been working to define a unit that works best for the series’ specifications. What they’ve devised is an ‘electrolysis’ system that harnesses solar power to split water into hydrogen and oxygen, and uses the former to power the fuel cells. The process generates zero greenhouse gas emissions.

Bond explains that while AFC’s relationship with Extreme E is a commercial partnership in the traditional sense, the competition is a “great way” to bring its technology and the virtues of hydrogen to a large audience.

That desire for exposure will certainly be helped by the three-year deal that Extreme E inked with broadcasting giant Discovery earlier this week, which will see the races screened in “over 50 European markets” via Eurosport and across North America via MotorTrend.

If it weren’t for the devastating coronavirus pandemic, the case for hydrogen power would have had an even bigger platform this summer at the Tokyo 2020 Olympic Games, where the ‘hydrogen society’ concept formed a key part of the event’s legacy ambitions.

The transition to hydrogen represents a huge part of Japan’s plans to decarbonise its economy, with ambitions to create a $348m fund for constructing hydrogen refuelling stations and other infrastructure in the works. The overriding aim, which was articulated by Japanese prime minister Shinzo Abe at Davos 2019, is to make hydrogen cheaper than natural gas by 2050, slashing its production costs by 90%.

Tokyo, as the nation’s capital, is key to the strategy and has its own hydrogen society plan, which was supposed to be brought to life at the high-profile sporting event.

Indeed, Tokyo 2020 had been billed as the “first hydrogen Olympic Games”, with the energy source earmarked for a number of major Games operations. Symbolically, hydrogen was going to power the Olympic Torch for the first time ever.

More significantly, the Olympic Village was being prepared as a ‘miniature’ hydrogen society to showcase the technology on a larger scale. Hydrogen was going to be used to power the dormitories and, following the Games, the high-rise buildings were to be used to showcase the benefits of using hydrogen to the public.

Toyota, the giant car manufacturer and International Olympic Committee TOP Partner, is a big advocate of hydrogen fuel cell-powered vehicles and committed to producing 100 hydrogen fuel cell buses to shuttle athletes and visitors around the Olympic Park, as well as 500 Mirai fuel cell cars (below) for transport staff, high-level officials and other VIPs.

Ahead of the pandemic, the car maker was gearing up to increase production on its fuel cell model to give green motorists an alternative to battery-powered vehicles. The Olympic Games was supposed to be the ultimate global showcase for the technology. Now, with everything about the Games up in the air, it’s unclear to what extent the hydrogen society vision will be realised.

In the short term, the Covid-19 situation may delay the progress of green hydrogen as a fossil fuel alternative. Hydrogen Europe’s latest report, ‘Post Covid-19 and the hydrogen sector’, suggests that although the sector has “reached the pre-commercialisation phase and is ready to play its essential role in decarbonising our economies”, the economic crisis that will occur post-Covid “may cause a significant delay in the adoption and commercial rollout of clean hydrogen”.

Three major risks have been outlined in the report: (1) Small, innovative companies that “form the backbone” of the technology are likely to suffer a “major shortage of liquidity”; (2) Large companies previously planning investments in clean technology will scale back or shelve those plans to focus on the current crisis; and (3) Investors will be less likely to finance planned growth.

Of course, recovery packages and investments will be crucial for the sector’s survival going forward. But the awareness created by elite sport could also be the shot in the arm hydrogen needs to be considered as a genuine alternative to fossil fuels. All eyes on Extreme E and the postponed 2020 Olympic Games.