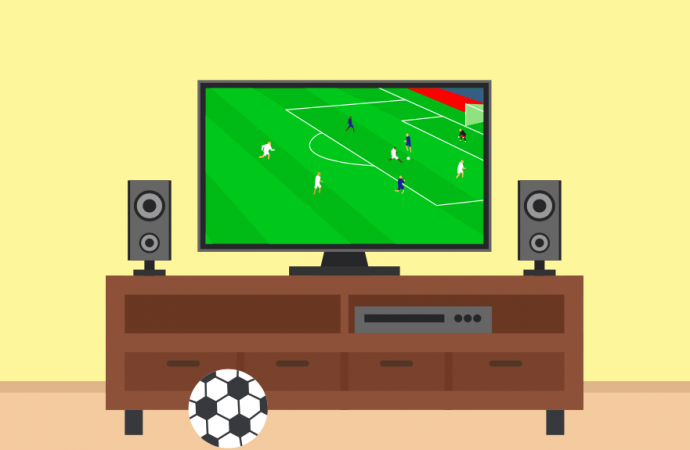 For those following the progress of the UNFCCC’s Sports for Climate Action Framework – a vehicle developed to accelerate decarbonisation in the sports industry – last week’s announcement that Sky Sports had become the latest and 140th signatory was a significant one.

It’s significant for two major reasons: firstly, Sky Sports is the first organisation to adopt the framework that isn’t a sports organisation per se, but a media company. More importantly, compared to its framework counterparts, Sky is a behemoth of an organisation that has global reach and wields a huge amount of influence in many sports.

Put simply, Sky is Europe’s largest media company and pay-TV broadcaster, and owns a healthy proportion of the most premium rights in sport. In the UK alone, Sky has the rights to the majority of Premier League matches, England rugby internationals, Test cricket, the lion’s share of golf rights, including The Open, The Masters, the US Open and Ryder Cup, as well as all-but-one Formula 1 races live.

If Sky becomes serious about something, sport as an industry tends to take notice. This was illustrated well when the broadcaster’s ambition to eradicate single-use plastics through its high-profile Sky Ocean Rescue campaign influenced several Premier League football clubs to trial reusable cups for match day beverages.

Sky Ocean Rescue is a good case study to illustrate the organisation’s ambition when it comes to environmental sustainability. It has invested £25m to seek out alternatives to plastics, removed 300 tonnes of plastic from its own business, and engaged more than 47 million people in its #PassOnPlastic social media campaign.

Earlier this year, Sky became a signatory to the UN Global Compact – 10 guiding principles around human rights, labour, the environment and anti-corruption – has been a carbon neutral business since 2006, and has the ambition of becoming net zero across its value chain by 2030.

Indeed, Sky has already set a course to fulfill many of the principles of the Sports for Climate Action Framework: undertaking systematic efforts to promote environmental responsibility; reducing overall climate impact; educating for climate action; promoting sustainable and responsible consumption; and advocating for climate action through communication.

Despite its ongoing efforts to be a more sustainable organisation through reducing its operational impacts, it’s arguable that Sky can create more positive impact around the latter three principles.

Perhaps then it was more significant that, accompanying the framework announcement, Sky Sports was unveiled as one of the founding members of a Sports Consortium overseen by BAFTA (the British Academy of Film and Television Arts) that will “explore and act upon the impact sports broadcasting has on the environment.”

Sky Sports is joined by fellow broadcasters, the BBC, ITV, Channel 4 and BT Sport, independent production companies, such as Sunset+Vine, IMG, Aurora Media and Premier League Productions, and rights holders with broadcasting capabilities, like The All England Lawn Tennis Club (AELTC), which stages The Championships, Wimbledon, and Formula 1.

Officially known as the BAFTA albert Sports Consortium, the group will meet quarterly (the first meeting was last week) and share best practice and ideas about how the sport broadcasting and production sector can work together to reduce its carbon impact and, as a consequence, encourage rights holders to do the same.

The BAFTA albert initiative is not a new one. In fact, it was founded almost a decade ago, in 2011, to support the film and TV industry in the UK tackle its environmental impact. It has two objectives: to enable every part of the screen industry to eliminate waste and carbon emissions from production, and empower industry creatives to make editorial content that supports a vision for a sustainable future.

It started off with the development of a carbon calculator, that allowed production teams to work out the carbon footprint of their shows or series. Albert then evolved into an educational platform, in which carbon literacy training is provided to television executives for free (the albert initiative is funded by its member group of major broadcasters and production companies).

Because of sport broadcasting’s unique set of challenges, the calculator and certification tools provided by albert will be adapted to meet those needs, while sport-specific content will be created to sit alongside its other training modules.

The group, says Sky Sports’ head of content, Steve Smith, has been brought together to “explore the challenges and opportunities facing the live sports broadcasting community”.

“The world can’t wait,” he tells The Sustainability Report. “We need business and industry to take significant steps to support a net zero future. The consortium provides an opportunity for us to work together to find positive solutions to the issues our industry faces.”

Major challenges faced by the sports broadcasting sector mainly revolve around travel and power requirements. Generators, often powered by fossil fuels, are responsible for a large proportion of emissions related to sports broadcasts, but are needed to guarantee power during a live game as failures or outages can be disastrous reputationally for the broadcaster, and financially for a production company.

To make steps towards reducing the carbon footprint of power, Premier League Productions (a subsidiary of IMG) has been working with Sky Sports and BT Sport on an on-site power sharing agreement, which has saved around 50 tonnes of carbon emissions over a six month period.

The consortium is exploring ways in which the power sharing option could be expanded, and is considering how to approach rights holders and venues about providing clean power.

Another key consideration for the consortium is to define how and if broadcasters and production companies can collaborate and put pressure on rights holders and federations to adopt more sustainable practices during rights negotiations by inserting almost universal clauses in competing bids.

As a rights holder and a broadcaster, the AELTC has a slightly different perspective, and has a stake in devising the requirements that it would have to adhere to if broadcasters become more hardline about sustainability during contract negotiations.

Broadcasters pay large sums for rights, and members of the consortium are exploring ways in which they can compel rights holders to take certain actions, such as reducing their carbon footprint by a certain amount or sourcing renewable energy, while not putting themselves at a disadvantage during the bidding process.

Sky Sports, BT Sport and Amazon paid a collective £5bn for Premier League rights alone for the 2019-2022 cycle of matches. Sky Sports spent £120m to broadcast all-but-one Formula 1 race live, and the BBC is thought to pay around £60m per year for the rights to broadcast Wimbledon, although the neither the corporation or the AELTC has ever revealed the actual sum.

That consistent voice should also filter down to the supply chain, says Bethan Evans, the broadcast manager at AELTC, with environmental standards coming into tender contracts and normal production arrangements with external suppliers.

Sky Sports has introduced sustainability criteria within its tender process for outside broadcast facilities and third-party suppliers, including the introduction of carbon reduction requirements since 2018.

“We hope that by working with BAFTA albert to standardise certification across all outside broadcasts we can decrease the overall carbon footprint of sports broadcasting,” Smith adds.

One area of potential opportunity identified during the consortium’s first meeting is introducing climate change and sustainability as a theme in editorial content, or as part of the repertoire of pundits and commentators so that they can discuss these issues competently during appropriate times.

For TV dramas, entertainment and factual programmes, albert has created a ‘Planet Placement’ guide, which helps writers, editors and producers approach climate change editorially without shoehorning the topic into shows without context.

“The consortium has a lot of ambition around presenter training and trying to get the message across without being in the face of the audience,” Evans explains. “It would be great to hear commentators talk about sustainability challenges, not in a forced way, but naturally picking opportunities when they arise.”

Sky Sports has set up working groups to “ensure a unified approach” to on-screen talent communication about climate change and sustainability, and has incorporated messaging around its Sky Ocean Rescue campaign during Premier League games and Test cricket matches.

“There’s a space for conversational discussions between commentators, for example, when the cricket is rained-off for three days you could naturally have a piece about climate change,” says Sarita Neto, a production executive at Premier League Productions. “That’s up for producers and editors to decide, and that’s why this consortium is good because it offers us the opportunity to discuss training for presenters and commentators. It’s a piece of work we’ll be pushing.”

Hattie Park, the sustainability manager for AELTC and former BBC staffer, sits alongside colleague Evans in the consortium. Her ambition is for the group to become a “safe space” where members can talk frankly and honestly about the challenges they are facing.

The AELTC is also a signatory to the Sports for Climate Action Framework, and has recently articulated its own ambitious sustainability strategy, that includes becoming net zero in its operations by 2030, cultivating net gains in biodiversity and generating its own renewable energy. But Evans and Park would like the consortium to explore the concerns and challenges faced by smaller suppliers who may struggle to adopt the more aggressive sustainability or carbon targets being discussed.

Evans is also keen to see the consortium expand beyond its current membership.

“It’s a good group and a nice mixture of broadcasters, and hopefully over time more rights holders and venue operators will get involved so we can have a nice cross-section,” she explains. “At the moment the consortium is predominantly UK-focused, but it would be great to see it expand further. That’s certainly our aspiration. It would be great to learn from the Olympic Broadcasting Service and link up more with SVG (the industry association) with its presence in the US.

“Sport is very global and events move all over the place, but broadcasting challenges remain the same.”