Finnish events show the way for circular economy in sport 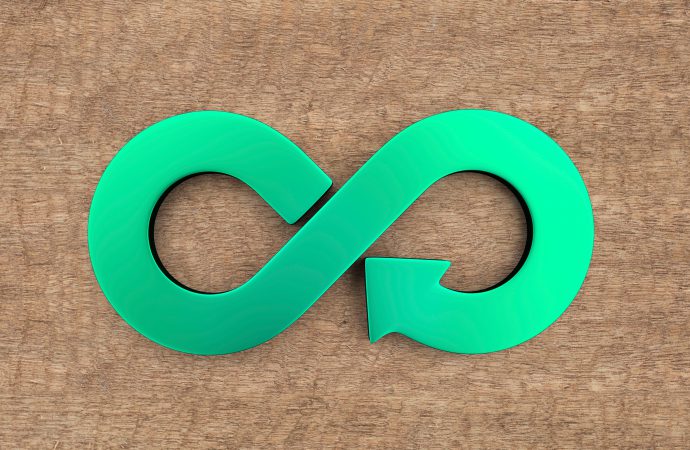 The Nordic model is often regarded as an exemplar of progressive social and economic policymaking, and with the climate crisis representing humankind’s single greatest challenge, Finland is turning to Sitra – an independent public foundation that operates under the auspices of the Finnish Parliament – for sustainable solutions in all areas of society, including the world of sport.

Founded in 1967, Sitra is an organisation that advocates the circular economy – unlike the linear economy system of taking, making and disposing, this model continuously reuses products and materials to eliminate waste and pollution. Sitra’s involvement in the sports sector can be traced back to the 2017 FIS Nordic World Ski Championships in the Finnish city of Lahti, when event organisers approached the organisation seeking advice on how to make the Championships more sustainable.

“Our way of working is to collaborate with all sorts of organisations in society, both in the public and private sector,” explains Nani Pajunen, Sitra’s leading specialist in the carbon-neutral circular economy. “The sports sector was so interesting to me that I wanted to help. At Lahti 2017, we invited all of the suppliers, partners and the public and private sectors to a workshop where we taught a different kind of working method that encouraged them to change their way of doing things.

“Whether it was sporting equipment, food or transportation, we asked them to imagine what would be the most sustainable sporting event in the world. We then came back to the present day and started to think about what we could do to have this kind of event in the future with a sustainable lifestyle. We don’t have this yet, so we quite often ask our partners or public or private sector organisations to work with us to think about the sustainable, carbon-neutral or circular economic societies we want to create.”

As a result of that meeting, Sitra helped the Lahti 2017 organising committee apply a set of principles to the event to put the circular economy at the heart of its legacy.

As part of this commitment, partners were asked to produce event products using environmentally-friendly materials that could minimise waste, such as water bottles made of carton. Leftover materials and products were reused after the event, either for other sport events, sold on to other people, or upcycled as new products.

All waste produced during the event was recycled, with 50% going towards energy and the other half used as material for other products. Energy used at the event was also 100% renewable. Solar panels were set up on the roof of the stadium, wind power was harnessed and the event torch – a traditional feature of the competition – burned on biogas.

Working alongside Sitra and the event organisers at Lahti 2017 was the Finnish National Olympic Committee (NOC), which ran a pilot of its EcoCompass environmental management system project at the Championships, which comprise of 10 criteria mainly focused the safe and sustainable management of waste and goals around renewable energy, responsible sourcing and partner engagement. Lahti 2017 was subsequently awarded the EcoCompass environmental certificate.

With the Finnish NOC demonstrating a keenness to promote sustainability in sport and Sitra becoming increasingly involved in the sector following its work in skiing and basketball (the organisation implemented a similar project during Finland’s European Basketball Championship games in 2017), a partnership between the two seemed the logical next step.

With the aim of helping Finnish sports clubs and associations become circular economy professionals, the pair set up a ‘network of environmental responsibility in sports’ to bring together sporting and circular economy experts to share ideas.

They subsequently developed a toolkit that gives practical advice for sports organisations to try different operational models to benefit them as well as the environment.

“It was natural for us to continue with the Finnish NOC because of their international standing,” Pajunen continues. “Sport is just one of many sectors, and we don’t have the time to help every sports club. That’s why we wanted to join forces because they work in the sector every day. We needed to have this collaboration so that they could pass on our knowledge to the main organisations, who would then help the smaller clubs and events.”

As well as providing funding for the partnership and sharing its expertise and best practice methods with the Finnish NOC, Sitra published guidelines and articles on its website to ensure the work generated through the collaboration remains widely accessible.

In turn, the Finnish NOC organised study visits, brainstorming sessions and a workshop for the 11 sports clubs and 30 sports organisations from all over Finland who took part in pilot projects, and invited Sitra to address the participants on its strategy in the carbon-neutral circular economy. The Finnish NOC also helped to communicate the participants’ work in the field of sustainability by publishing articles and interviewing club and organisation leaders.

“Sitra challenged us to explore new ways of doing things and to launch the pilot projects,” explains Karoliina Ketola, the Finnish NOC’s public affairs specialist. “For us, it was a strong and inspirational collaboration. The work we did with the clubs and organisations centred on co-planning and communicating their projects. We also gave them some inspiration for their next steps in sustainability. Without our help, they might not have done these things.

“To give you an example, we have a figure skating club in Helsinki. They wanted to talk to us about introducing healthy and sustainable snacks for their young club members, so they organised a cooking club. We provided them with the facilities and a teacher so they could learn about sustainable food, and produced a small leaflet containing recipes. They also held a recycling event for their skates and equipment, and we helped with the planning and communication for that.”

Another sports club to benefit from the partnership was Tapiolan Honka. Based in the city of Espoo and one of Finland’s biggest basketball clubs (it has 1200 members, and a further 90 coaches working across 50 youth teams) Honka opened its new purpose-built training centre with three full-size basketball courts in 2011, which served as the principal reference point when it came to the planning and execution of its circular economy pilot project.

“We became involved in the circular economy back in 2018,” explains Milla Suviranta, a prominent volunteer at the club and a circular economy advocate. “Before launching our pilot, we collaborated with other clubs to exchange ideas and best practices, and held meetings with both Sitra and the Finnish NOC. They provided some training and answered our questions.

“The most important thing they did was push us in the right direction. It’s not that hard to imagine what should be done; it’s more about actually doing things, because that way you learn and improve.”

The meetings culminated in a pilot project being launched during a junior tournament hosted at the centre last August, which focused on waste circulation. Within six months, a full-scale waste circulation policy was implemented at the venue.

According to Suviranta, the biggest challenge was to influence the attitudes and behaviours of the people who work in the centre daily to follow this new circular waste system.

“The Honka family has to believe in this way of doing things in order to encourage everybody else and those who are perhaps not that interested in or familiar with sustainable issues,” Suviranta says. “We have to offer advice, encouragement and positivity, and not forget humour. We can’t be too serious, because then you kill the motivation of those who might initially have doubts.”

Keeping an efficient waste circulation system running at the training centre beyond the initial pilot has not come without its difficulties. In addition to its own members, the centre also sees players from all over Finland who come to play matches against Honka’s various teams. Some people may be visiting the centre for the first time, which means getting them to act in the same way as Honka’s players can be a challenge.

Building on the foundations of its waste circulation pilot, Honka welcomed 3,000 players to the annual FIMBA Maxibasketball World Championships over the course of ten days in August 2019. All players were given refillable drinking bottles, saving approximately 30,000 plastic bottles, while the club has also enjoyed a €400 per year reduction in its waste bill since committing to waste circulation.

Honka’s sustainability credentials do not end with waste circulation, either. All players competing at the World Championships received free metro, bus and tram passes, and ended up taking 60,000 trips via public transport during the competition.

The club also oversees the reuse of club uniforms – once a player outgrows his or her kit, they return it to the club and receive a new one, while the old kit is given to someone else. It has also organised ‘cycle to training’ schemes involving up to 25 of its teams – one month in particular registered no fewer than 3,000 bike trips to training. Junior teams have also challenged their senior counterparts to join the campaign.

“I think the waste circulation system is something that’s worked particularly well for us,” says Suviranta. “When you go to training centres or sports halls, it’s very rare to see any form of waste circulation. In tennis halls, you often see people putting metal lids and plastic bottles in the same bin. So that’s something we’re proud of; even the youngest players at Honka contribute.

“We need to expand our reuse scheme to include training equipment, shoes and clothes that become too small and that families want to resell to other young players. That’s one area we’d like to develop.

Tapiolan Honka is now putting together a larger group with the aim of developing the circular economy model to include waste circulation at all its tournaments. There have also been discussions about introducing solar panels and geothermal energy into the training centre. The success and ongoing development of Honka’s project is just one example of the positive impact of Sitra’s collaboration with the Finnish NOC, which it is hoped will see the circular economy model continue to spread throughout the Finnish sports sector and beyond.

“Sustainability measures like recycling and carpooling are part of the circular economy, and we try to highlight the additional advantages besides the environmental benefits; cycling instead of driving to increase physical activity, for example,” concludes Ketola.

“Many clubs find that there are a number of ways of doing things sustainably. These are consistent with the clubs’ core values too, which are usually a sense of community, promoting physical activity and taking an educational role. There are so many benefits for them, for their own members and for the environment.”