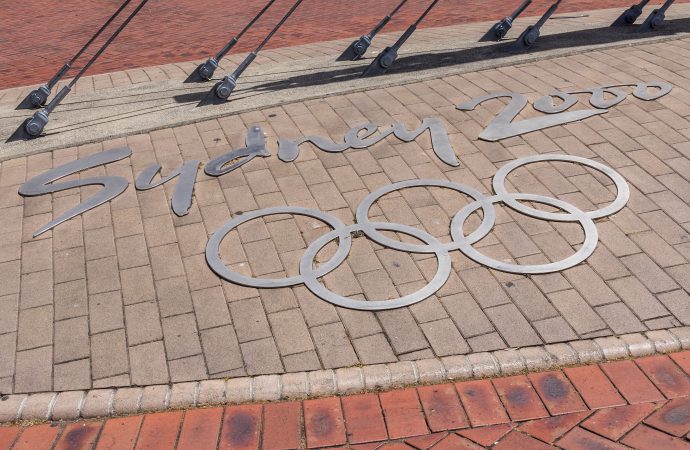 The venue for the 2000 Games becomes the second highest-rating sustainable precinct in Australia, and aims to go even further with a net zero emissions target for 2030

Sydney’s Olympic Park, the venue for the 2000 Games, has been rated as the second-most sustainable community development project in Australia.

The precinct was awarded 97 points out of possible 110 in the Green Building Council of Australia’s Green Star Communities rating, which assesses the governance, liveability, economic prosperity, environment and innovation of an area.

It means that the Sydney Olympic Park has achieved a 6 Star rating – the highest possible rating bestowed by the Green Building Council of Australia. It’s the first development wholly managed by the New South Wales government to receive the accolade.

The precinct received particular acclaim for “design excellence” in the redevelopment of the park’s urban core, active living opportunities, efforts to protect and enhance biodiversity, and environmental legacy projects from the 2000 Sydney Games.

Charles Moore, the chief executive of the Sydney Olympic Park Authority, said the precinct would continue its sustainability initiatives with the aim of achieving net zero carbon emissions by 2030.

“The initiatives underpinning our 6 Star Green Star rating will make a real difference to the community of people living and working in the Sydney Olympic Park, making the park a more active and liveable place, and creating cost savings for residents,” he added.

Green Building Council of Australia chief executive, Davina Rooney, said the Sydney Olympic Park was a “ground-breaking example of the power of sustainable design and construction in large-scale major developments.”

The plan is to develop the precinct even further, with the Sydney Olympic Park’s Master Plan 2030 indicating that 10,400 new dwellings would be created over the next decade, adding 23,500 residents to the area and facilitating 34,000 job opportunities. A key objective of the Master Plan is a continued focus on environmental sustainability.