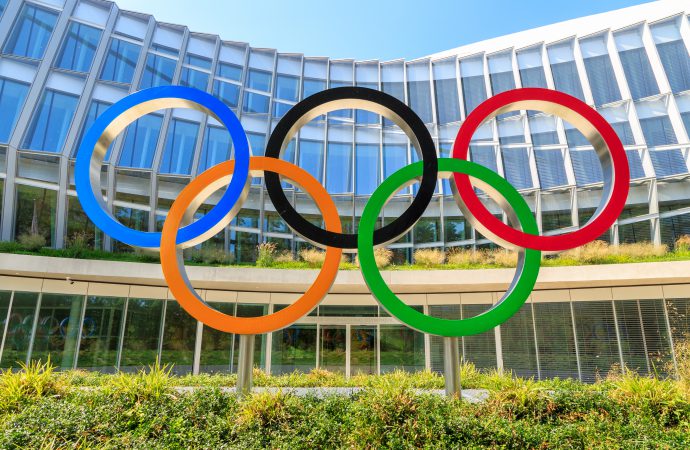 The International Olympic Committee is preparing to unveil a “more ambitious” set of sustainability targets as it works towards the attainment of its 2030 strategic intents.

Last week, the organisation unveiled its climate positive vision that will oblige host cities to go beyond reducing and compensating carbon emissions from 2030.

Discussions are also ongoing about how the IOC’s 2021-2024 sustainability strategy can “go above and beyond” the achievements facilitated by its first four-year blueprint (2017-2020).

Michelle Lemaitre, the IOC’s head of sustainability, told The Sustainability Report that the organisation was “on a good path” to achieving the majority of the 18 targets it set for 2020, including the construction in 2019 of a new Olympic House  – recognised as one of the most sustainable buildings in the world.

However, she said that in order to achieve its overarching 2030 strategic sustainability intents, the next set of objectives “had to show more ambition.”

When the IOC published its inaugural sustainability strategy, it articulated three intents: inspire and assist the Olympic Movement in developing sustainable sport worldwide, ensure the Olympic Games is at the forefront in the field of sustainability, and for the IOC as an organisation to be a role model in sustainability.

The climate positive vision outlined relates directly to the latter two intents. To put the Olympic Games at the forefront of sustainability, Host City Contracts will include a requirement that every Games from 2030 will minimise and compensate direct and indirect carbon emissions, as well as implement lasting zero-carbon solutions.

Lemaitre said that the policy could, for example, help host cities “adopt renewable energy and transition to a low-carbon economy.”

“We will need to help host cities and organising committees clearly understand what climate positive means, and demonstrate examples of what activities they could implement to help them become climate positive,” she added.

This summer’s Olympics in Tokyo will showcase hydrogen energy, the Paris 2024 Games will use 100% renewable energy during the event, and LA 2028 has pledged to be the first “energy-positive Games”. Lemaitre hopes these examples will help shape the thoughts of future host city organising committees.

Part of the IOC’s own organisational ambition to become climate positive rests on the planting of an Olympic Forest along Africa’s Great Green Wall from 2021, in partnership with the UN Environment Programme.

The Great Green Wall, an 8,000 kilometre forest that will stretch across the width of Africa, is being planted to address a number of sustainable development issues, including climate change, biodiversity loss, food security challenges and a lack of jobs in the area. Since being established in 2007, around 15% of the wall has been planted.

“The president (Thomas Bach) really liked the concept of the Great Green Wall,” Lemaitre explains. “He liked the ambition involved in it and the fact that it isn’t just tree planting, it’s looking at the effects of desertification in that area and the benefits that the trees will bring regarding jobs and food security.”