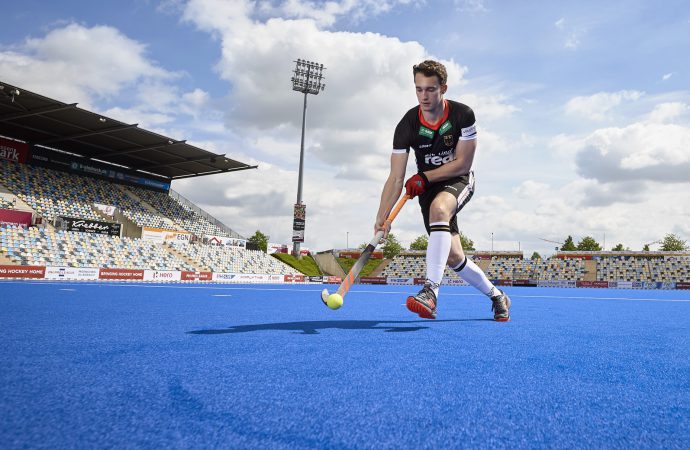 When the teams step out onto the pitch for the first time on Saturday 25 July to bring the curtain up on the Tokyo 2020 field hockey tournaments for both men and women, the players will grace a surface that has been described as one of the most sustainable in sport.

The Sustainability Report has taken a deep dive into the material, known as Poligras Tokyo GT, a product manufactured by Germany-based firm Polytan. Here’s a brief snapshot of what you need to know:

1. Officially known as the Poligras Tokyo GT hockey turf, the material is the first synthetic turf with filaments produced from over 60% renewable raw material – a bio-polyethylene made from sugar cane by Brazilan plastics company Braskem, a product line called ‘I’m Green’. Traditionally, yarns for hockey pitches have been produced using oil-based plastics.

2. The Poligras surface will require 60% less water than the pitches used at previous Games. According to Polytan, this is because the material has a “shorter pile and tighter knit”, which allows water to sit longer, reducing the amount needed to maintain the pitch and help improve playing conditions for athletes.

3. Sugar cane used to produce the bio-polyethylene is a material that captures carbon dioxide rather than release it. Braskem, the manufacturer, has asserted that for every kilogram of bio-polyethylene used for the Olympics, around five kilograms of carbon emissions will be captured. Thierry Weil, the chief executive of the FIH (International Hockey Federation) has said the surface will contribute to Tokyo’s carbon-neutral vision for the Games.

Indeed, Polytan has gone a step further, claiming that the material has created a new category: “climate-positive hockey.”

4. The surface was used for the first time in 2017, and has since been installed in venues like SparkassenPark Mönchengladbach in Germany, Sport Ireland’s National Sport Campus and Bisham Abbey. Many of last year’s FIH Pro League match took place on pitches made from the material.

Poligras GT hockey turf will also be the material of choice for pitches use during the 2022 Women’s Hockey World Cup and the 2023 edition of the men’s tournament.

5. It has also been claimed that the material “optimises” the playing qualities of the surface, with ball roll distances increasing by up to 25% compared to the surface used at the last Games.