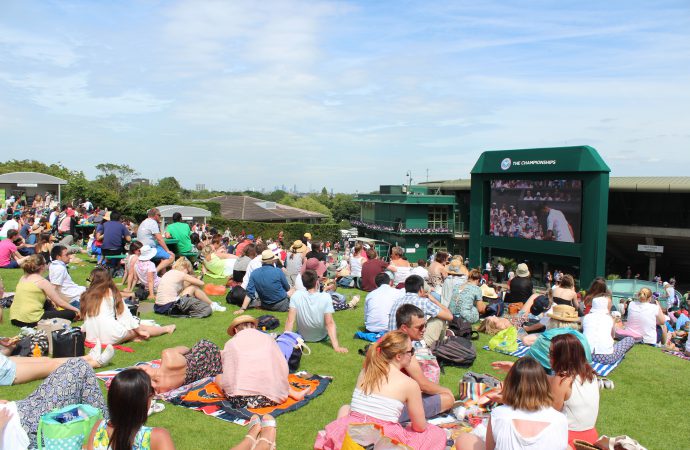 Grand Slam tennis tournament Wimbledon will start to generate renewable energy on-site and plans to electrify its vehicle fleet to reach its objective of becoming net zero carbon emissions by 2030.

During the next decade, the competition’s organiser, the All England Lawn Tennis Club (AELTC), will review and replace current generators with renewable alternatives and compensate for its unavoidable emissions by investing in forest protection schemes.

Throughout 2020, the AELTC will buy renewable electricity and start to build “decarbonisation plans” into its long-term estate development projects. It will also introduce a meter system to monitor and control energy consumption, while reporting on an setting reduction targets for scope one and two greenhouse gas emissions.

By 2030, Wimbledon will be able to brand itself as a zero waste event and claim “net gains” in biodiversity.

To achieve the latter, the AELTC will spend 2020 conducting a baseline survey of site ecology and set a target to enhance local biodiversity.

In the medium-term, biodiversity will be a major part of the estate redevelopment following the AELTC’s acquisition of additional land. Living walls and roofs will make up an increasing part of the venue’s landscape.

The introduction of a returnable cup scheme, the installation of water refill points and the increased sourcing of recyclable catering consumables will help Wimbledon reach its 2020 waste reduction goals. To achieve zero waste by 2030, the AELTC will introduce water harvesting technology at new developments, design more reusable and recyclable products using renewable materials, and create an on-site composting area for grass and garden cuttings.

Wimbledon’s fourth 2030 objective is to “inspire wider action” among partners and stakeholders.

Perhaps the most ambitious target in this segment is the AELTC’s plan to develop environment, climate change and sustainability learning programmes for schoolchildren, which will be delivered via the Wimbledon Lawn Tennis Museum and the Wimbledon Foundation.

The governing body – which has adopted the UNFCCC’s Sports for Climate Action Framework – will also work with commercial partners and media partners, like the BBC, to increase awareness of climate issues and sustainability.