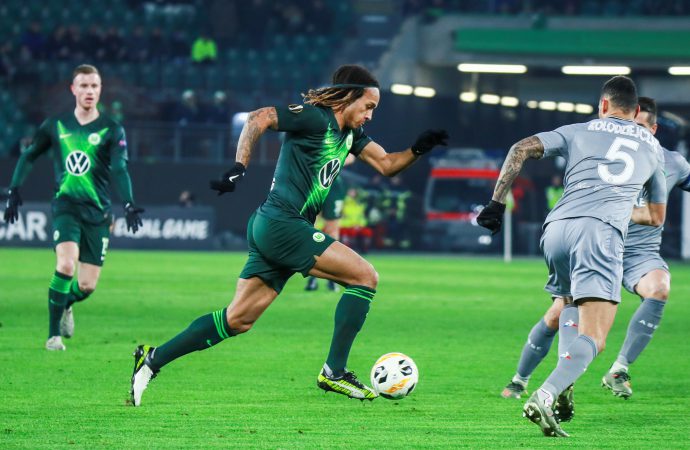 VfL Wolfsburg, Werder Bremen and TSG Hoffenheim ditch the platitudes and get innovative about taking on the growing climate crisis

September 20, 2019 may go down as a landmark day in the world’s collective fight against climate change. A marathon 18 hour negotiation between Angela Merkel’s Christian Democratic Union and junior coalition partners, the Social Democrats, concluded with Germany, the largest and wealthiest nation in the Eurozone, unveiling its strategy for decarbonisation.

The €54 billion package was put together to reduce the country’s greenhouse gas output to 55% of its 1990 level by 2030, with the ultimate ambition of achieving climate neutrality by 2050 – a target in line with the Paris Agreement.

But despite proposing measures such as imposing financial penalties on companies for their carbon emissions and establishing an independent panel to review the government’s climate action progress, critics questioned whether the commitment was strong enough to meet the target.

On the day the package was thrashed out, more than one million Germans took to the streets across several of the country’s major cities to demand action on climate change (below image).

Fear has started to grip residents as the catastrophic consequences of global warming play out across the globe. So much so that many Germans are openly backing government and private sector intervention to halt it. A study conducted by public service broadcaster ARD last year found that 71% of Germans agree that raising airline prices made sense, while 97% backed the expansion of renewable energy.

Among those demanding the drastic measures was a 10,000-strong cohort of protesters in the maritime city of Bremen in northwest Germany, a city particularly concerned with the prospect of heavy flooding due to its close proximity to the River Weser. Precipitation has steadily increased over the last few decades, with eight of the city’s wettest years occurring since the turn of the Millennium.

Increased heat, storm surges and droughts also occupy the thoughts of those planning for the city’s future. That’s why, when the climate protests occurred in the early days of autumn, the leadership of the local Bundesliga football club, Werder Bremen, encouraged all employees to leave their desks (or the training pitches) to take part.

“Climate protection is essential. If we do not curb climate change there will be catastrophic consequences,” Anne-Kathrin Laufmann, the club’s director of corporate social responsibility, tells The Sustainability Report. “It is our responsibility to tackle it and to improve the situation.”

The 2004 Bundesliga champion has been one of the guiding lights in football’s small but growing movement to tackle climate change. Werder’s stadium, the 42,000-capacity Weser Stadion, boasts one of the largest solar panel integrations in europe (200,000 solar cells that generates 800,000 KWH of electricity every year – enough to power 300 households), and will use 2020 to design a new environmental strategy.

Self-critical and open to discussion

Werder Bremen is one of a handful of sports entities to join the Sports for Future movement, which was created to amplify the voices of athletes, clubs, leagues and supporters on the climate crisis. Devised by sustainability strategist Stefan Wagner, Sports for Future has set the objective of launching campaigns, promoting projects and strengthening the ambition for climate protection among high-profile sports brands.

“Sport has had no voice until now,” says Wagner. “It’s not so simple to engage sport in such political issues but they (the signatories) very quickly agreed. Like the rest of society, sport is sometimes not very ecological. We have to take the next steps and be self-critical and open to discussion.”

Wagner has been instrumental in TSG Hoffenheim’s focus on environmental and social responsibility, helping to design the club’s overarching ‘Movement’ strategy that focuses on a handful of key areas: innovation, internationalisation, brand management and socio-political engagement.

The objective is to become a “modern and socially-engaged club”, building on its astonishing recent on-field success. Twenty years ago, TSG Hoffenheim was a small club playing the fifth tier of German football, but with the financial backing of SAP chief executive Dietmar Hopp the team is now a stable Bundesliga fixture, finishing third in the table and qualifying for the UEFA Champions League as recently as 2018.

“The key idea is that we combine the development of the club with social impact so that, in the best case, every improvement it makes and its growth reflects value for the club and for society,” Wagner explains.

“We don’t even mention CSR as a concept anymore,” he adds. “We consider it part of the whole value chain. It’s making profit by considering marketing, sponsorship and product development with social and environmental benefit built in.”

This philosophy, Wagner says, is demonstrated by the stadium naming rights partnership TSG Hoffenheim agreed with recycling and waste management company PreZero last January. Social and environmental activations are now at the heart of all commercial conversations.

But the TSG Hoffenheim environmental policy that has raised most eyebrows is the creation of a ‘climate ticket’, which gives fans the opportunity to pay €1 more than the original price to create a fund to build new forests in Uganda. Although Wagner acknowledges that the long-term project may not have “huge reach” in terms of the number of trees added, he says it will bring the issue of climate change and reforestation “to the top of the agenda every time someone wants to buy a ticket.”

At the end of January, Wagner will be able to see exactly how many fans have actually participated in the programme, athlough he expects a conversion rate of between 5-10%.

We don’t even mention CSR as a concept anymore. We consider it part of the whole value chain.

Stimulating sustainable development in Africa is a key objective of TSG’s Movement blueprint. In late 2018, the club partnered with the German Ministry of Finance (BMZ) to establish a project in Namibia to teach young people environmental protection through football, organising matches that are linked to environmental campaigns.

That partnership has also led to the creation of a sustainable textiles brand in Uganda that allocates a proportion of its profits to finance further football and environmental education projects. The club is the only football entity within the 130-strong Alliance for Sustainable Textiles.

“Everything we try to do is to improve the status quo,” Wagner explains. “If you want to stimulate sustainable development it’s not good enough to go somewhere with some footballs in your luggage. You have to offer opportunities to grow in a sustainable context and contribute to economic welfare.”

The East African nation was chosen by TSG Hoffenheim to offset its carbon emissions for the 2019/20 season. According to Wagner, the club has achieved climate neutrality by compensating for 3,000 tonnes of emissions its responsible for by investing in a separate Ugandan reforestation project.

Climate neutrality is the ultimate ambition for Bundesliga rival VfL Wolfsburg. Towards the end of 2019, the club became the first major European football team to adopt the UNFCCC’s Sports for Climate Action Framework, which puts sports entities on the path to zero net greenhouse gas emissions.

When it was announced, Wolfsburg’s managing director Michael Meeske said that fighting climate change was as important to the club as “picking up points” and that it would “live and breathe” climate action.

On the basis of the club’s current sustainability work, overseen by head of corporate social responsibility Nico Briskorn, there’s every reason to believe that pledge will be followed through. The club is one of the few professional sports entities to publish regular sustainability reports with set environmental and social targets.

Within the 2018 edition of its sustainability report (a document it publishes every two years), the club revealed its entire carbon footprint – scope one, two and three emissions – equated to just over 10,000 tonnes, and broke down the areas in which it was having the largest negative impact.

Fan mobility makes up the lion’s share of the greenhouse gas emissions (60%). And although that constitutes as indirect (or scope three) emissions, the club has been working to incentivise climate-friendly travel, with tickets for women’s and under-23’s matches doubling up as free public transport passes.

Augsburg FC’s home ground, the WWK Arena, is the first climate-neutral football stadium in the world due to its geothermal energy system

Mobility, of course, is a topic that dominates public discourse in the surrounding region. The city of Wolfsburg is the home Volkswagen AG’s global headquarters – the largest car plant in the world and the employer of more than 60,000 local people.

Indeed, Volkswagen owns the football club and, after the emissions scandal that rocked the company in the middle of the last decade, has its own significant climate targets to adhere to. The giant car manufacturer has committed to reaching carbon neutrality by 2050 and will be able to showcase a car portfolio boasting 40% electric vehicles by 2030.

This transition should be aided by the subsidies promised by the German government, with Chancellor Merkel pledging to offset the cost of clean vehicles for motorists by up to €4,000 in an attempt to get one million electric cars on the road by 2030.

Briskorn hints that the club has been discussing the possibility of electrifying its fleet for employees with its parent company, and says concrete plans should be unveiled in early 2020. According to Briskorn, converting the current fleet to electric vehicles would save around 4% of the club’s current CO2 output.

Wolfsburg’s proactive approach to sustainability was born out of developing brand and commercial opportunities. Briskorn tells The Sustainability Report that the club has been approached by commercial partners who were not previously involved in sports sponsorship because of the club ethos. It’s a business case that many of the top football organisations haven’t yet quite grasped.

Public pressure, however, could be what forces other clubs to follow the same route, says Briskorn. Most Bundesliga clubs have replaced plastic cups with reusable units after being put under intense pressure by NGOs and a concerned public to make the change. The current feeling around climate change, he adds, could prompt similar action.

“Many clubs have been thinking about taking environmentally-friendly steps, but it’s been hard to convince those in leadership positions to take action,” says Briskorn, who sits on the Bundesliga’s CSR working group. “But with Fridays for Future and increased public discussion, there’s pressure coming.

“In the working group we’re now, for the first time, talking more about ecological topics than social. For the football industry, there hasn’t been this type of pressure in the past. But it’s coming – and we have to react to the pressure.”

Is it the responsibility of football clubs to take action on climate change? What do you think of the approaches demonstrated in the article? Let us know in the comments below.