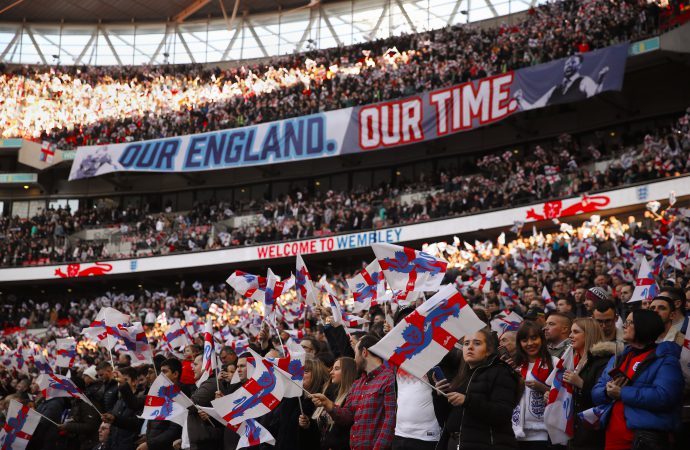 Wembley Stadium, put simply, is one of the most iconic sports venues in the world. Even when the Twin Towers gave way to the arch just over a decade ago, Wembley remained one of those stadiums that every footballer wants to play in.

As well as hosting the usual England internationals, FA Cup finals and Football League Playoffs, the venue is also preparing to host a few flagship matches in the coming years, including the final of next year’s European Championships and the 2023 final of the UEFA Champions League.

Off the pitch, the Football Association – Wembley Stadium’s owner – decided that one of the most high-profile and revered sports facilities in the world needed a sustainability programme to match its overall ambition.

This vision kicked off an 18 month period in which the FA worked towards – and achieved – ISO 20121 certification for event management, which was conceptualised for the London 2012 Olympics. Here’s how it was done.

“It has always been our ambition for Wembley Stadium to be a world-leading, inspirational venue,” Sarah Smith, facilities and sustainability manager for the FA, tells The Sustainability Report. “For us, this means achieving internationally recognised standards for event sustainability, and there’s no higher standard to aim for than ISO 20121.”

ISO 20121 was designed so that event hosts could manage the social, environmental and economic aspects of those events, and looks at operations in waste management, energy efficiency, water use, procurement, commercial partnerships, employee and spectator wellbeing, and transport, to name a few.

The stadium hosted 39 events during 2019 – and not all football. NFL games and concerts featuring Fleetwood Mac and the Spice Girls were among Wembley’s major events over the past 12 months. Although the diverse nature of the events added a layer of complexity to implementing the standard, Smith explains that the extensive reach gave Wembley Stadium “a wonderful opportunity to spread sustainability messaging far and wide”.

In early 2018, the FA established an internal sustainability committee known as the FA Sustainability Team (FAST), which is made up of representatives from across many of the FA’s departments. This sustainability governance structure helped assign clear responsibilities for those involved, as well as a cross-departmental approach and senior management participation.

Each sustainability impact area – energy, waste, community, procurement – was designated its own ‘squad’ so that anyone from the business could get involved and participate in an issue important to them.

Jon Sellins, the FA’s operations director, assisted Smith in leading FAST and was responsible for making resources related to ISO 20121 available for those members of staff involved.

The consultancy also created the sustainability management system used to track progress against the ISO 20121 requirements and hosted a sustainability day in which the FA introduced sponsors and commercial partners to its sustainability ambitions.

Partnerships were a very important aspect of achieving the standard. Although Wembley Stadium has been zero waste to landfill since 2010, the FA has worked with Veolia – the waste management company – to identify other areas to reduce waste.

Bin signage has been improved and employees have been trained to separate waste several times during an event day. One of the more innovative projects the pair have worked on together is the donation of soil to regenerate local parks after the pitch has been renovated.

Food and hospitality service, Delaware North, contributed to the cause by piloting reusable cups during concerts, aluminium bottles for NFL games and removing straws completely. The company introduced vegan food options on all levels of the stadium to reduce carbon emissions related to food sourcing.

In terms of energy efficiency, LED lights have been implemented throughout the stadium, including within the iconic arch. LED pitch floodlights will be installed next month, and at St George’s Park – the main training base for all England football teams – 1,000 solar panels have been installed.

Last month, the FA launched a volunteer day in which employees donated their time to improve biodiversity in the local park, with a wildlife area and ‘bugs house’ constructed.

Around 18 months after starting the journey, in August 2019, Wembley Stadium achieved ISO 20121 certification, reaching a number of milestones along the way.

Wembley’s partnership with Veolia helped the venue of a 66% recycling rate (with a future target of 70%). General waste was sent to an energy facility, helping to provide heating and hot water for 48,000 local homes.

A legacy of the process is the introduction of compulsory sustainability training for new members of staff and the installation of electric vehicle charging points outside the stadium.

On the social side of things, the venue helped 20 local residents find employment through an event day volunteering kiosk programme that was hosted in partnership with Delaware North. More than 27,000 tickets for events were also donated to community groups throughout 2018.

“We’re certainly not finished,” Smith adds. “Our aims are now to maintain the system, as well as this recognised certification, continue to reduce our environmental footprint and benefit society.”