Juventus: The modern superclub taking a ‘business-like’ approach to sustainability 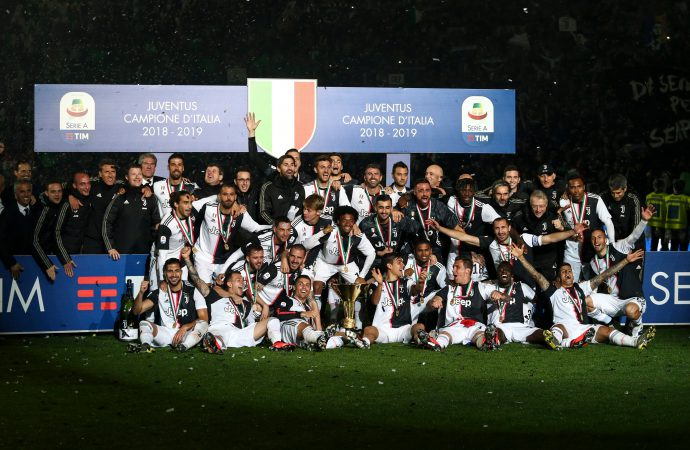 After rebuilding its reputation following the ‘Calciopoli’ saga, the iconic Italian football team has made the UN Sustainable Development Goals a key part of its off-pitch activities

As we inch closer to a new decade and attempt to analyse the sporting achievements of the last 10 years, many would argue, with some justification, that Juventus Football Club was the standout sports property of the 2010s.

No top level sports team has dominated its domestic league in quite the same way as the ‘Bianconeri’ during that period. Eight league championship titles in a row were secured between the 2011/12 and 2018/19 seasons – a record for a club in Europe’s top five leagues.

Italy’s domestic cup competition, the Coppa Italia, was also won on four occasions between 2015 and 2018. If Juventus had been victorious in at least one of the two UEFA Champions League finals they competed in during the decade, there’d probably be no debate to be had.

However, at the start of the 2010s only the most optimistic Juventus fan could dream about the team enjoying such a sustained period of dominance.

Just a few years before, Italian football had been rocked by the Calciopoli saga, which saw a number of major clubs accused of making irregular contact with referees. Juventus was implicated and relegated to Serie B (the Italian second division).

The road back to Serie A was simple enough as the team romped home to win the 2006/07 Serie B title the following year. But the route back to the top of the Italian game and the pinnacle of European football was a little more complicated.

Appointing club icon Antonio Conte as head coach in 2011 catalysed the on-pitch success following a period of struggle. But the club’s hierarchy knew that to make Juventus compete at the top level again required structural change.

A new stadium was built and coincided with Conte’s arrival, meaning Juventus became one of the few professional Italian football teams to own its home venue. A high-profile rebrand of the club’s badge occurred a few years later. From its lowest ebb, the club was transformed into a modern European superclub.

With that status comes responsibility. While many of the top football clubs in Europe established foundations to address social and environmental issues via CSR programmes, Juventus has decided on a different approach that keeps the club accountable and puts sustainability at the core part of its business.

Business, indeed, is the key word. The club is one of the few sports entities floated on the stock exchange and is still majority owned by the Agnelli family, the Italian business dynasty. As a result, the club’s approach to sustainability is more akin to a Fortune 500 company than a European football team.

This is best illustrated by the annual sustainability report the club has produced every year since it became a priority subject in 2013. The 2018/19 edition of the report is an 89-page document, verified by PricewaterhouseCoopers. It is a detailed but digestible snapshot of Juventus’ work in this area.

“The Juventus mindset is to look ahead, live ahead,” club president, Andrea Agnelli, wrote in his accompanying letter to stakeholders.

“Today the world requires a growing evolution, which will make us become players with a new skill: the ability to make an impact.”

Although the report is published annually, the recent edition demonstrates a piece of work that has been two years in the making. In 2017, Juventus created a department dedicated to sustainability, and with the newly-appointed sustainability and external relations manager, Andrea Maschietto (previously of Deloitte and Ferrero), the club produced a framework on which to build its strategy.

The first step was to launch an internal review, canvassing the individuals in leadership positions – including those in charge of the football operations – to distinguish which areas of sustainability are the most materially important to Juventus Football Club.

These priorities were then mapped out onto a materiality matrix, with issues like social and cultural inclusion, governance, and the fight against racism featuring highly in both internal and external relevance. According to Maschietto, the process helped the club define which of the UN 2030 Sustainable Development Goals to factor into its business strategy.

“We’ve identified the SDGs that as a football company we can support,” Maschietto tells The Sustainability Report. “We chose good health because first and foremost we are a sports team. Education is an important issue during this period in Italy, and we can reduce inequalities through the power of football.

“We identified partnerships because as a company we may be experts on the football side of things, but in other fields we are not the leader. We don’t have the right capabilities so we partner with others to develop our projects.”

‘Not charity, but strategy’

Nurturing partnerships with external companies, Maschietto concedes, can be a long and complicated process. As a consequence of Juventus’ high profile, many charities and NGOs want to work with the club to give their projects a boost. Working in partnership, however, is “not about charity” say Maschietto, but rather about forming “strategic partnerships”.

Last year, Juventus began to collaborate with Save the Children, aimed at supporting the organisation’s efforts on education, safeguarding and promotion of sporting activities and healthy lifestyles of children and adolescents in Italy.

Social inclusion is also at the heart of the club’s Gioca con Me (play with me) programme, which is one of the flagship projects in the ‘Juventus Goals’ portfolio. Gioca con Me offers children from disadvantaged backgrounds the opportunity to play football in a safe place, with appropriate equipment, and with the additional chance to learn from educational materials.

The ‘Juventus Goals’, referred to by Agnelli as the club’s way to contribute to the SDGs, include projects called Fair People (which teaches primary school children in Turin the ‘power of respect’) and Juventus for [email protected] (a programme that offers sporting opportunities to children with cognitive or relational disabilities).

Despite seeing a greater opportunity to use football to make a positive social impact, Maschietto stresses that Juventus is not ignoring the environmental element of sustainability. During the 2018/19 season, the club became the first in Italy to power all of its facilities with 100% renewable energy – an achievement that Maschietto describes as “a huge step”.

“We are not the most sustainable company in the world – maybe we never will be the most sustainable company in the world, but we are working to become one of the sustainability champions in the sport sector. It’s an important step, and the club’s leadership clearly understands the link between our business and sustainability,” Maschietto explains. “If you look at the SDGs, sport is one of the few business sectors indicated directly.

“When I talk about my job I say that I’m in charge of the social and environmental impact of Juventus because those are the right words to identify our aim. We are taking care of our impact, not just in the short-term but in the long-term.”