Sustainable development at the heart of the first Global Sports Week 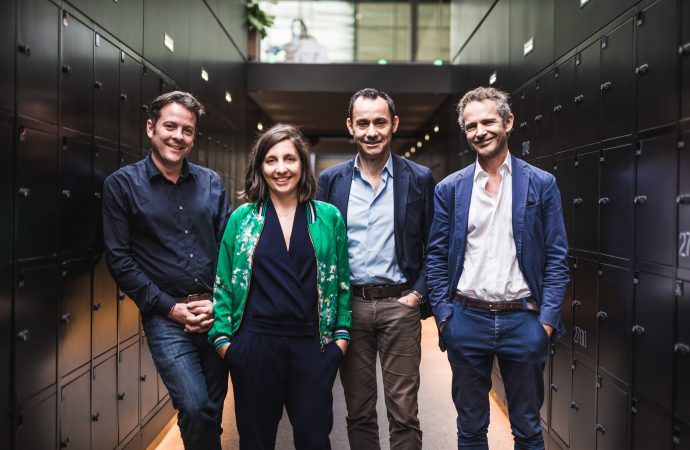 Paris and home, Ernest Hemmingway famously said, were the only two places in the world where humans could truly live happily. An exaggeration maybe, but the sports industry has certainly reacquainted itself with the French capital’s charms, with many organisations choosing the city as the backdrop to some of their flagship events.

Earlier this year, Paris was one of seven French cities to host the most high-profile FIFA Women’s World Cup of all time. And in the first half of the next decade, the city will set the stage for several 2023 Rugby World Cup matches – and the Summer Olympic and Paralympic Games a year later.

To celebrate its emerging status, Paris will host the first-ever Global Sports Week in February next year. But more than just a generic sports conference focusing on rights, broadcasting and sponsorship, the event will look at sport in the context of what’s happening to the world around it, and how it needs to adapt to a rapidly transforming global landscape.

Noémie Claret (second left, main image), who worked on the branding of the Paris 2024 Olympic bid, is Global Sports Week’s executive director, and is the driving force behind the event’s positioning.

“We want Global Sport Week to showcase thought leadership and new thinking that can develop the sports industry, and how it is impacted by the transformation of the world,” Claret tells The Sustainability Report. “The world is facing a revolution and the sports industry has to evolve and react faster than it currently does.”

For this reason, climate action and sustainable development will be right at the very heart of the event’s content.

All three are expected to touch on elements of sustainability during their sessions. Last week, Carey unveiled an ambitious sustainability strategy for Formula One – it’s first ever – which set the lofty goal of becoming climate neutral by 2030.

Parsons’ organisation has recently committed to promoting the United Nations’ Sustainable Development Goals, while Bastidas will discuss her endurance running adventures and societal causes she supports.

Paris, of course, is the home of the landmark 2015 Climate Agreement that saw many of the world’s nations commit to decarbonisation to reduce the catastrophic impact of global warming. But Global Sports Week’s rich sustainability-focused content goes well beyond “climate issues”, Claret says. And that is demonstrated by the variety of topics covered.

She is expecting around 1,000 delegates over the two-day event. They will be able to experience sessions exploring the rise of the citizen fan and athlete activism. The latter will show how professional athletes can transition out of sport to start up business that have a positive impact on society or the environment.

Another panel will take a look at the challenges of organising major sports events in a “purpose-driven world”. And further sessions will focus on social inclusion, the “stadium of the future”, delivering early positive sporting experiences for children, and the lack of urban space and its effect on sports participation.

“We are working with WWF on that session and we want to show as the temperature increases, the future of many sports – and the way they are practiced – will change,” says Claret. “The consequences will be strong. And we’ll have testimonials from professional athletes.”

Global Sports Week will not include workshop sessions, but after keynote talks and panels (in a 600 seat auditorium), delegates will be invited to experience the surrounding village, where they can view specific case studies and go into topics in more depth.

Social business start-ups are also being invited to pitch their idea to social investors as part of Global Sports Week’s Social Booster, which it has launched in partnership with 17 Sport and support from the Yunus Sports Hub and Play International.

Five finalists working in the field of three specific Sustainable Development Goals – climate action, education and gender equality – will be invited to Paris with the aim of winning investment and support.

“This is our attempt at doing something long-term,” Claret explains. “We don’t want to be just an event. We believe there is an opportunity to create a real impact.”