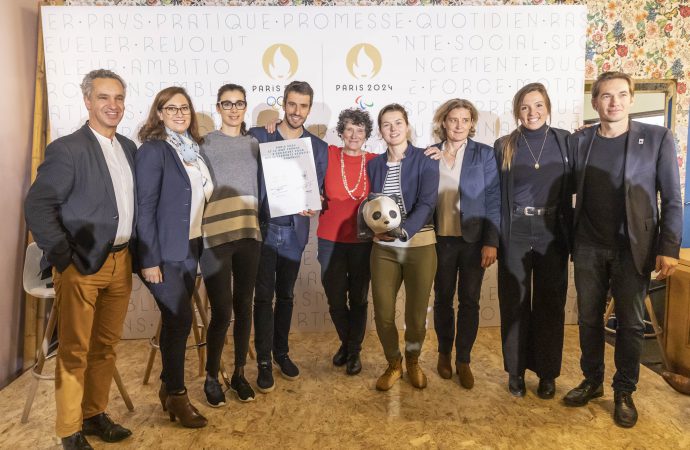 A three-objective programme to accelerate the ‘ecological transition of sport’ has been unveiled by WWF France with the support of the organising committee of the Paris 2024 Olympic and Paralympic Games.

The first objective of the programme is to “encourage and equip” sports organisers, partners and hosts to consider environmental issues when conducting their activities.

WWF France will create a new working group to identify levers of action for each stakeholder contributing to a sporting event’s operation chain.

Secondly, the programme will endeavor to educate and support spectators of sport to adopt more environmentally-friendly habits.

According to statistics provided by WWF France and Paris 2024, 47% of French people follow World Cup football, 43% watch the Tour de France and 42% are general sports fans.

WWF France will launch a study to identify the motivations of supporters and use this intelligence to define recommendations for event organisers to engage spectators on ecological issues. Athletes will also be asked to promote sustainable behaviour among the public.

The third priority is to reduce greenhouse gas emissions generated by sporting events by creating active mobility plans. Much of the carbon footprint of events is derived from transportation, so WWF France will bring together stakeholders from towns, cities, sports organisations and activity partners to develop solutions that will encourage spectators to walk or cycle to watch sport.

The two-year project will be supported by the Paris 2024 Olympic and Paralympic Games, which has pledged to be a carbon-neutral games through clean mobility, 100% renewable energy, sustainable food and public transport initiatives.

It also builds on the charter of 15 eco-commitments developed by WWF France and the nation’s Ministry of Sport, which has been adopted by 80 signatories (including Paris 2024) representing 200-plus events.

Isabelle Autissier, president of WWF France (fifth from the left, main image), said that sport had the “ability to catalyse the forces and mean” and can “help create momentum” around climate action.

“To counter the runaway climate and biodiversity loss, we must create runaway actions and initiatives around the protection of the environment,” she added. “We must ensure that the environmental commitment of an organisation of any kind becomes a key performance indicator.”

Paris 2024 president, Tony Estanguet (fourth from the left, main image), said: “We put strong environmental ambitions that the bid for Paris in 2024 would leave a legacy for the people but no ecological debt to the planet. Today, we realise that to go further we need all sport stakeholders to mobilise.

“Each year, 2.5 million sports events are organised in France. WWF is committed to make as many opportunities to place sport at the service of the planet.”