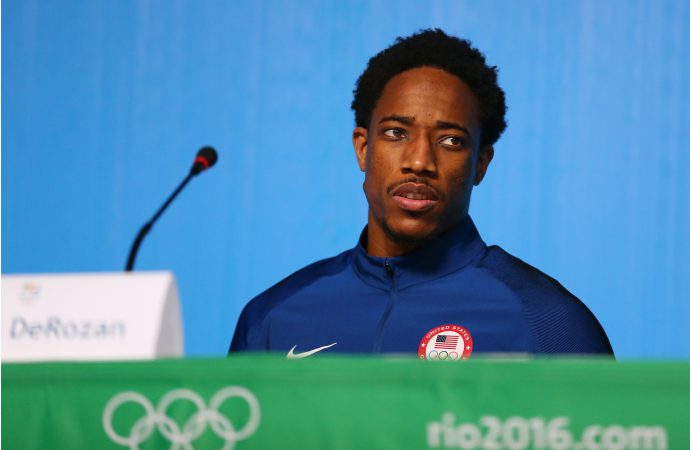 With one in three athletes experiencing anxiety and depression, organisations like the NBA and NFL have developed mental health policies to make sure their players don’t have to suffer in silence

There’s no doubt that sport has a central role to play in ensuring that people of all ages live healthy lives. But this remit is not just limited to physical wellbeing. In fact, the proven psychological benefits of sports participation mean that treatment for mental illness will almost always include a recommendation to engage in physical exercise, often with others or as part of a team.

A cross-sectional study of more than one million people in the United States between 2011 and 2015 found that physical exercise is significantly and meaningfully associated with positive mental health. People who exercised recorded around 40% better mental health than people who didn’t, even after the researchers controlled for a number of variables including BMI, physical health and socioeconomic demographics.

Given those figures, you’d be forgiven for reaching the conclusion that high-performance athletes – essentially the fittest people in the world – would be in great shape mentally. But many aren’t. At least not according to research from the Australian Institute of Sport (AIS) which found, in collaboration with mental health nonprofit Orygen, that as many as one in three elite athletes reported significant symptoms of anxiety or depression, compared to around one in five of the wider population.

It’s clear that sport has a mental health issue. But why?

The answer is complex and multifaceted, with fame, athlete personality types and the rise of social media all surely having an impact. But at the crux of it is a high-performance sport system that has evolved to put enormous amounts of pressure on the athlete, with a focus on results and not the overall wellbeing of the individual.

In recent years, sports organisations have mirrored other parts of society in beginning to wake up to this fact, spurred on by brave testimonies from a number of high-profile athletes such as Kevin Love, the US basketball superstar who opened up in a Players’ Tribune article about suffering an anxiety attack on court.

Perhaps as a result of these honest accounts from players like Love, DeRozan and others, the NBA has taken steps to become an early adopter in this field, releasing a set of mental health guidelines for teams in 2018 and, this year, making it compulsory for all teams to have at least one mental health professional on staff. This was a first in US sports, but the NFL has since announced a similar proviso, with the other big leagues expected to follow suit.

Looking at the global sporting landscape, the IOC has also taken a leadership position, putting together working groups of experts to review the scientific literature available on mental health in elite athletes, and publishing a consensus paper in the British Journal of Sports Medicine in May. The IOC discovered that mental health symptoms and disorders are common among elite athletes, and “may have sport-related manifestations within this population and impair performance”.

Stakeholders, including International Federations and National Olympic Committees, were recommended to better optimise the environment in which all athletes train and compete.

The working groups were comprised of professionals from leading medical and academic institutions across the globe. One such practitioner is Dr Rosemary Purcell, who has been working with the recently-established AIS Athlete Wellbeing and Engagement Department to set up a new mental health support service for Australia’s high-performance athletes (below).

Called the Mental Health Referral Network, this service will provide almost 1,000 AIS-funded athletes with access to 27 AIS-endorsed psychologists and mental health practitioners across the country, with around 200 referrals made since it launched a year ago. The AIS is combining this with a nationwide effort to upskill the whole athlete support system around mental health education and literacy, with 45 workshops delivered to more than 600 participants over the same time period.

According to AIS mental health manager Matt Butterworth, the expansion of these efforts came from a recognition that athletes with demanding targets and schedules needed to have more flexible, free-to-access and readily-available support services.

“In terms of wellbeing and performance, I think the old narrative would be that they’re mutually exclusive and that the old-school way of coaching is to push athletes to their absolute limit and break them to an extent, because that’s how you get the best performance. That needs to change,” he says.

“We are definitely promoting that they’re not mutually exclusive, and they actually go hand in hand if you’re able to ensure people are more well – because healthier athletes are able to train more and potentially increase your chances of sustaining high-performance over a longer period of time.”

Butterworth is looking at the broader picture, too. The workshops that he and his team are delivering across different sports are aimed primarily at the athlete support staff, so that they can then embed the skills and resources within their respective structures.

“If you want to change a system you need to start with the staff. If you don’t change the system above the athletes in terms of their literacy and knowledge, then you’re not really going to be effective,” says Butterworth.

“I think what’s starting to happen with the narrative generally across mental health now, not just within sports, is that we need to be looking at how we keep people well,” he adds. “Mental health services shouldn’t be that ambulance at the bottom of the cliff where you wait for someone to become unwell, and then you provide a service to them.”

Mental health campaigner and former sports executive Eric Kussin agrees, but believes that sports organisations need to go even further in shifting from a reactive to a pre-emptive approach that looks at the whole picture of mental health, rather than mental illness.

Kussin is the founder of NGO We’re All a Little “Crazy”, which works with a number of professional and collegiate sports teams and leagues in the US – in addition to clients in the education and corporate world – to promote this message and change the prevailing narrative.

“I still think that there’s this mentality coming all the way from the senior levels of league operations, which is that having mental health professionals means crisis management,” he says.

“But that shouldn’t be what we’re only focused on; it shouldn’t just be for when things get bad. It should be proactive plans for making sure these [athletes] are in the best physical and mental shape. We can’t wait until catastrophe strikes.”

Kussin (above left) has delivered workshops to a number of NBA teams, including Love’s Cleveland Cavaliers, but believes the league’s new guidelines need to do more to make the process inclusive and accessible to athletes, many of whom are in “macho” environments where mental illness remains taboo or a sign of weakness. Citing one of the NBA’s five key initiatives – that teams must “enact a written action plan for mental health emergencies” – Kussin suggests that the language needs to become more nuanced.

“I think they’re important steps in the process,” he says of the reforms, “but the problem is that they are missing a very important piece, which is that we as a society in 2019 – if you look at all the messaging that’s out there related to mental health – still talk about [mental health] almost exclusively in the context of mental illness.

“We think mental health is mental illness. And unless we’ve been diagnosed with this thing and we’ve gotten to the point where we’re so affected, we don’t do anything about it. But it’s way more far-reaching than that.”

We’re All a Little “Crazy” approaches mental health by addressing the challenging life experiences everyone faces with its #SameHere campaign. This has the advantage of involving everybody in the room during a workshop rather than what Kussin calls “the one-in-five we hear about who have a genetic predisposition for mental illness”, and provides everyday skills all staff (and not just medical professionals) can deliver to athletes.

The aim is to equip participants with a “toolbox” of wellbeing activities – from breathing exercises to conversation skills – that they can cherry-pick from depending on which they find most suitable or beneficial to them. Kussin suggests that the approach of many traditional sports performance coaches is not in step with society, and that appointing someone in the role of ‘player development coordinator’ is something that every sports team should do to facilitate efforts like these.

“It’s great that the NBA and the NFL have mental health professionals being hired, but sometimes you need a bridge to get there,” he adds. “You can’t just get guys to start talking; they need to feel comfortable. So that bridge could be the head coach or the assistant coach, or a player development coordinator.

“It’s getting out of the mindset of there being a team psychologist and psychiatrist, and thinking that checks the box on mental health. No, it doesn’t; that’s just one aspect of how we deal with people who have a disorder.”

Towards a more sustainable high-performance system

Sport has taken some important early steps, but now needs to move from crisis management towards keeping its athletes well in the first place, and equipping them and their support networks with the tools to do that.

Whether it’s sharing knowledge and best practices with industry leaders from other countries to enhance the overall high-performance system, or partnering with local mental health charities or consultancies, a more collaborative approach is needed to better safeguard athlete mental health and avoid duplication of effort. There is a lot to be learned from the pioneering work that organisations like the AIS, and not-for-profits like We’re All a Little “Crazy,” are doing.

“Sport reflects society in how we’re not treating the individual like an individual; we’re treating them like an asset for the sport or profit, but we’re not helping them perform to the best of their ability,” concludes Kussin.

Sport has acknowledged the problem: now it needs to act upon it, to safeguard a sustainable future for its participants.

What other sports organisations are leading the way when it comes to promoting and safeguarding athlete mental health? Let us know in the comments below.