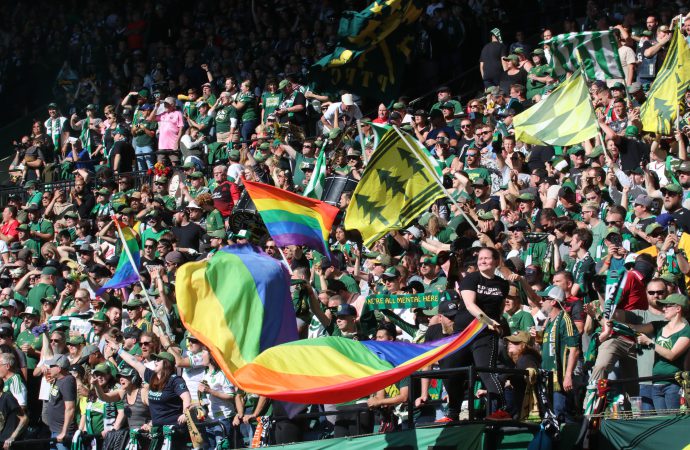 A switch to 100% renewable energy has helped Providence Park, the home of MLS franchise Portland Timbers, achieve LEED Gold certification from the US Green Building Council.

Energy used to power the stadium is being acquired through Portland General Electric’s Clean Wind programme, which reduced the venue’s carbon emissions by 4.8 million pounds (2,177 tonnes) over the course of 2018.

The facility’s move to renewable energy was part of a wider $85m transformation project to make it more environmentally sustainable.

An LED sports lighting system was installed to replace less energy efficient light bulbs in offices, suites and on concourse level. Providence Park’s waste diversion rate, from landfill to recycling, has also doubled since 2011 – when Portland Timbers entered the MLS.

An increase in recycling of electronic waste (3,500 pounds over the last year), the installation of low-flow toilets and sink fixtures, and the fact that 60% of supporters use public transit to get to matches helped Providence Park achieve the LEED Gold level – the second highest bestowed by the US Green Building Council – up from the LEED Silver it was awarded eight years ago.

Kristel Wissel, the vice-president of community impact for the Timbers and Portland Thorns FC (the city’s women’s soccer team), said achieving the certification was a “big honour for the club”.

“Across the organisation, we have made sustainability practices a priority and through the recent renovations of Providence Park, we are committed to improving our environmental impact,” she added.

In addition, the clubs have both become the latest signatories to the UNFCCC’s Sports for Climate Action Framework, committing to measure, reduce and offset their carbon emissions with the ultimate aim of becoming carbon neutral.

Portland Timbers is the second MLS franchise to commit to the Framework after LA Galaxy made the same pledge earlier this year.

“By signing on to the UN Sports for Climate Action Framework, we are doubling down on our commitment to participate in and promote climate action across our club, the Portland community and beyond,” Wissel said.