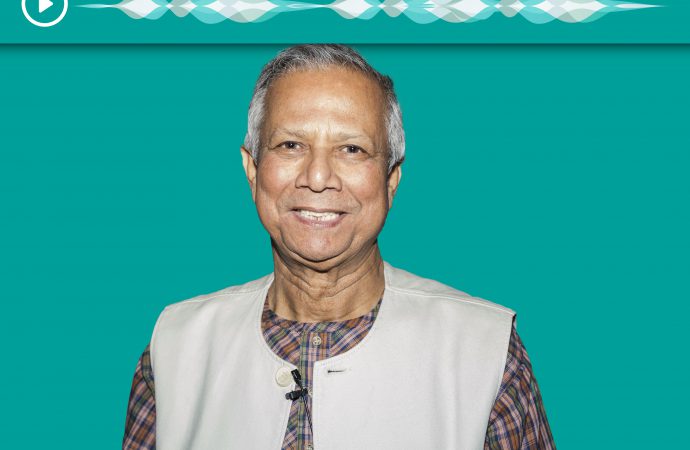 In 2006, Professor Muhammad Yunus was awarded the Nobel Peace Prize for establishing the Grameen Bank, which offered capital to people who were too poor to apply for bank loans so that they could start their own businesses and break out of poverty.

Thirteen years on, the social entrepreneur and economist is attempting to use sport to stimulate the social business model through the Yunus Sports Hub alongside its co-founder and director Yoan Noguier.

During this episode, Professor Yunus and Noguier will explain the concept of social business, and how it relates to sport.

They will also lift the lid on a couple of the Yunus Sports Hub projects: a sustainable procurement partnership with the Paris 2024 Olympic Games, in which the organisation will help social businesses win part of the Games’ €7bn budget through tenders, and the Athlete 365 Business Accelerator – a platform for athletes to acquire the tools and training they need to start their own business after transitioning out of professional sport.

“The sports world has limitless power,” says Professor Yunus. “People in sport should be asking themselves ‘how am I going to use this power? What kind of purpose do I want to use it for?’ Let’s use it for creating a world of three zeros, where there will be no poverty, no unemployment and no net carbon emissions. We have to address these issues in a concrete way using the power we have.”